Add an Event
Newswire
Calendar
Features
Home
Donate
From the Open-Publishing Calendar
From the Open-Publishing Newswire
Indybay Feature
Publish to Newswire
Add an Event
Related Categories: San Francisco | Immigrant Rights
ICE Sweep Protest is Display of Inimitable San Francisco Style at Cable Car Turnaround
by Ruth Robertson
Monday Jul 15th, 2019 4:10 AM
Dancers reenacted the historic meeting of world dictators Donald Trump and Kim Jong Un at a Powell Street cable car turnaround protest on July 12. While one protester revealed his tattoo of deep significance, many others hoisted signs that expressed just how pissed off citizens of San Francisco can get when ICE raids threaten their city. 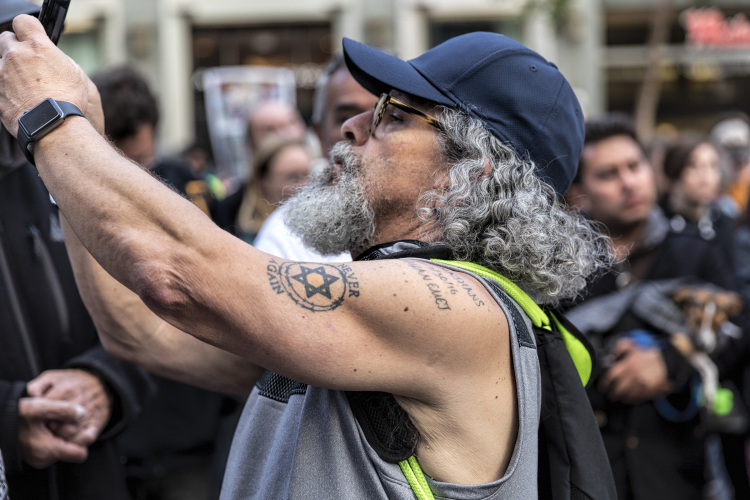 Lights for Liberty, a coalition of people dedicated to the principle that all human beings have a right to life, liberty and dignity, said that the Trump administration’s immigration policies and detention camps meet the United Nations’ definition of genocide. The coalition called for the national day of action that saw more than 700 protests across the US, of which the Powell St. demonstration was one.

Members of Refuse Fascism said that nothing short of removing the whole illegitimate regime from power will stop the Trump/Pence disaster and ICE deportations. An elderly woman's sign said it all, "Fuck ICE."

The Trump Dis-Organization is a street theater company with the motto, "We aim to Make American Street Theater Great Again." Their humor served to energize protesters who vowed to continue acting up until the the nightmare deportations and atrocities, especially against children, come to an end.
https://www.facebook.com/trumpdis/
§This Woman's Sign Spoke for Many
by Ruth Robertson Monday Jul 15th, 2019 4:10 AM 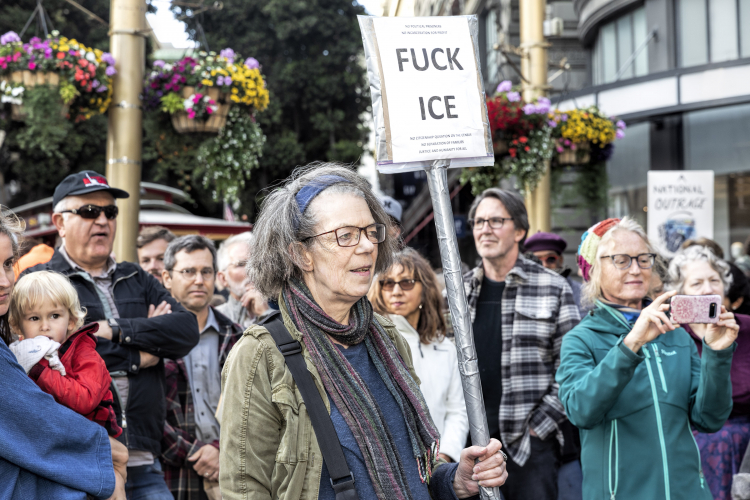 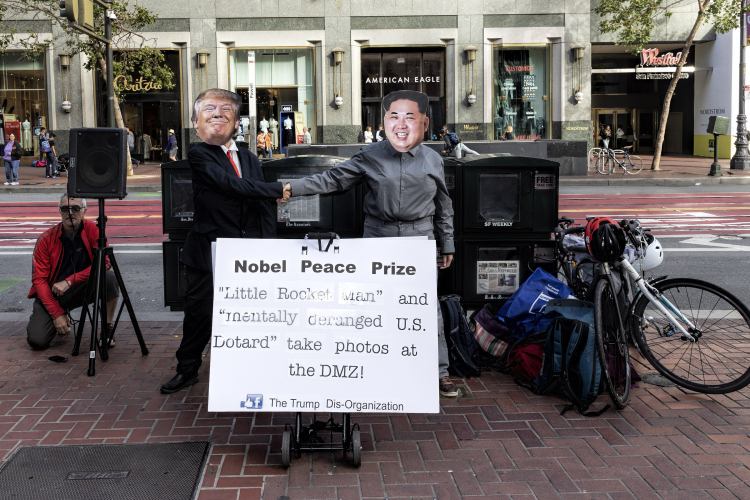 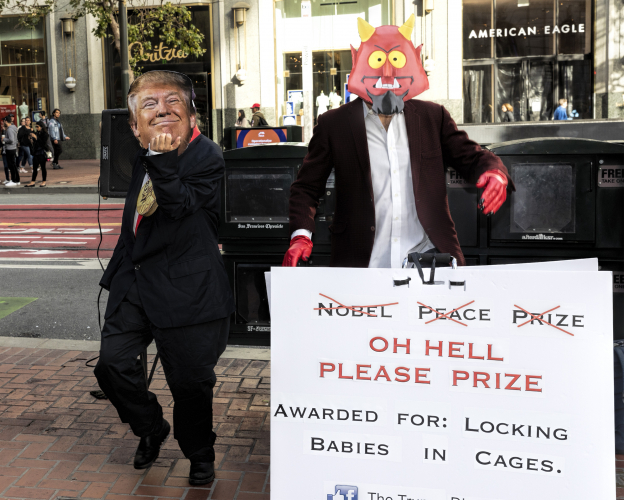 original image (3000x2402)
Brought to you by the Trump Dis-Organization. The prize was split three ways between Trump, Kim Jong Un, and the devil for keeping children in cages.
https://www.facebook.com/trumpdis/
§MD's against kids in cages
by Ruth Robertson Monday Jul 15th, 2019 4:10 AM 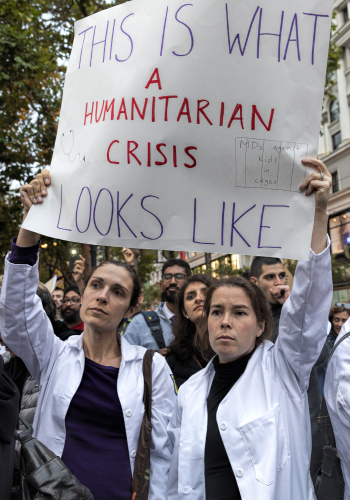 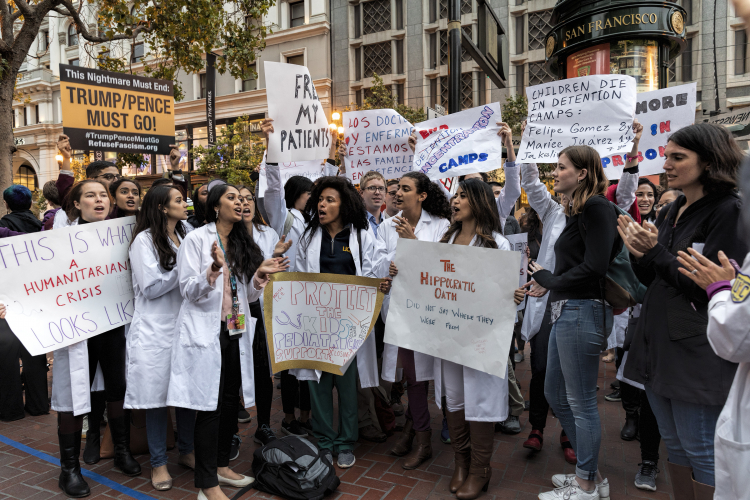 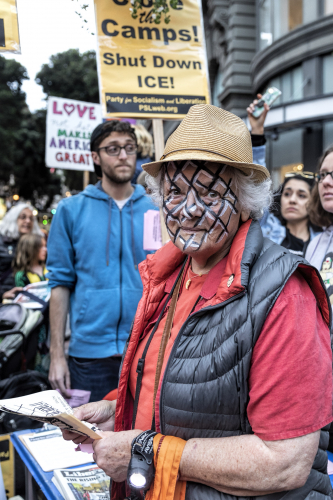 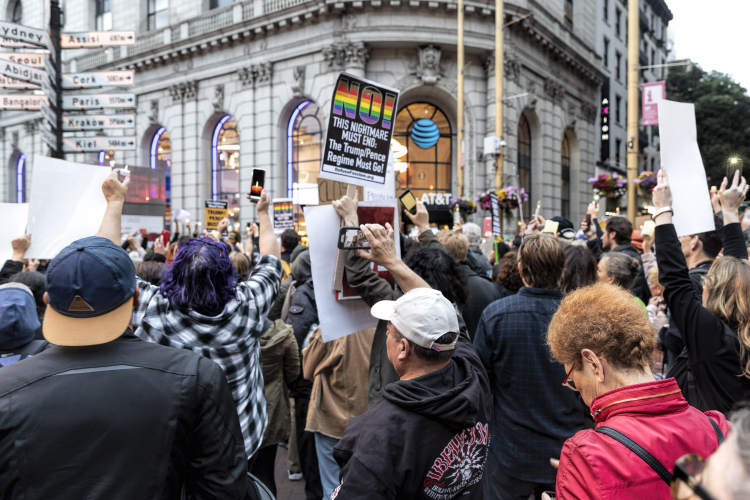 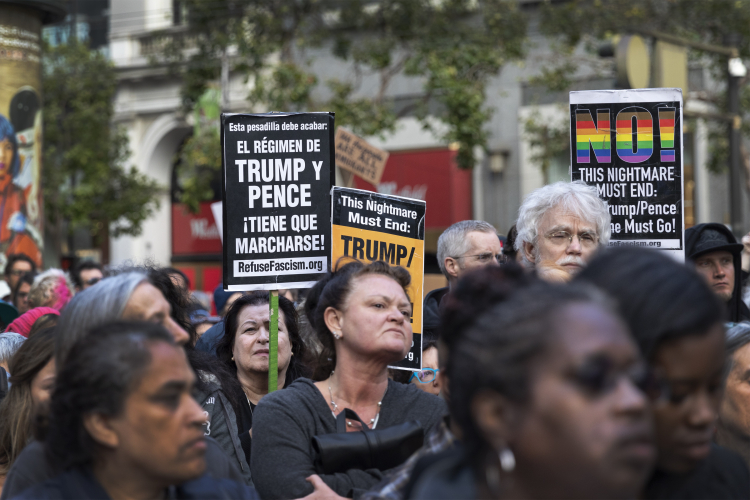 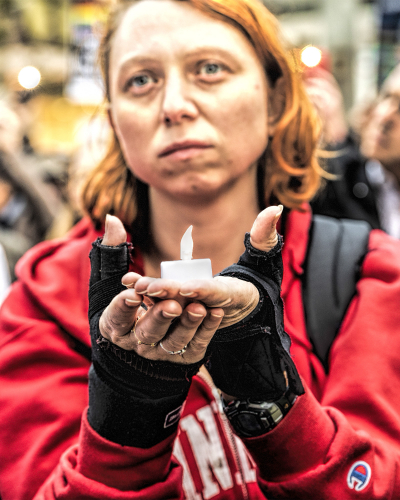 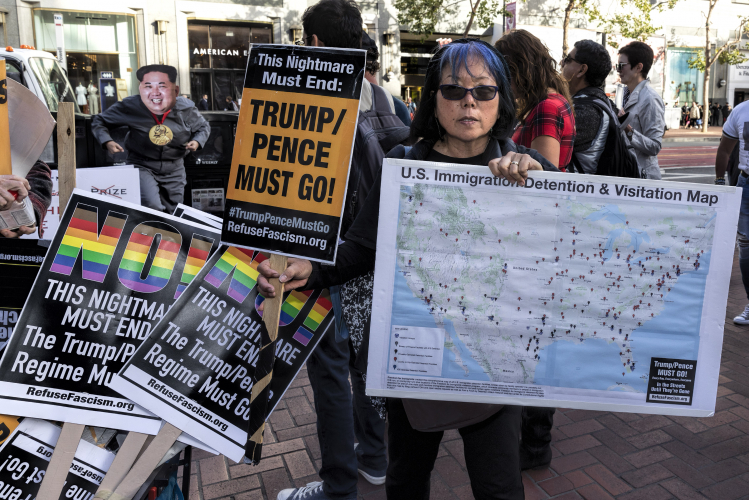 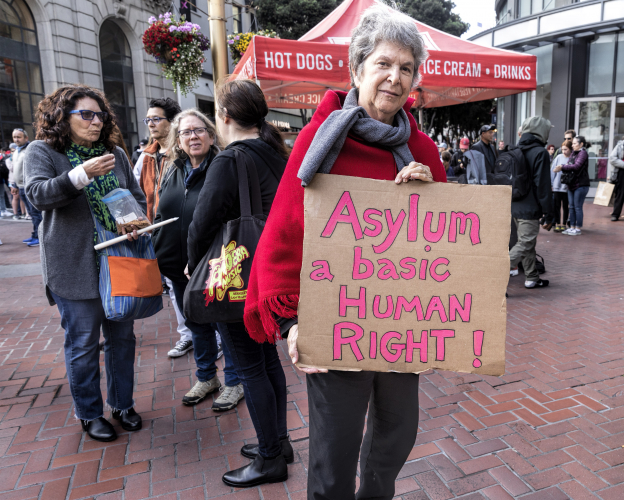 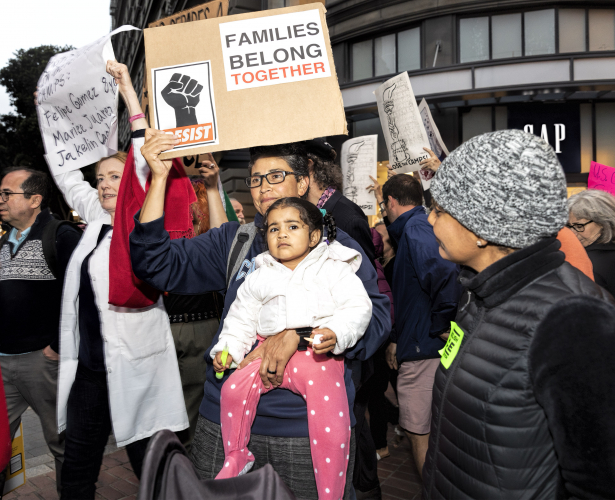 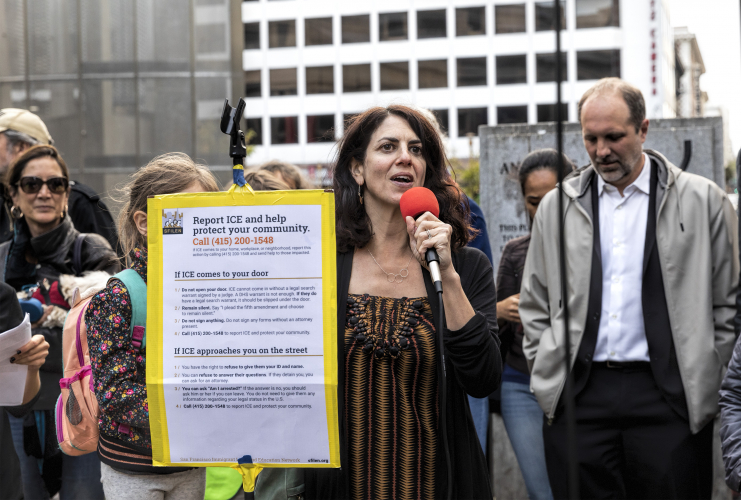 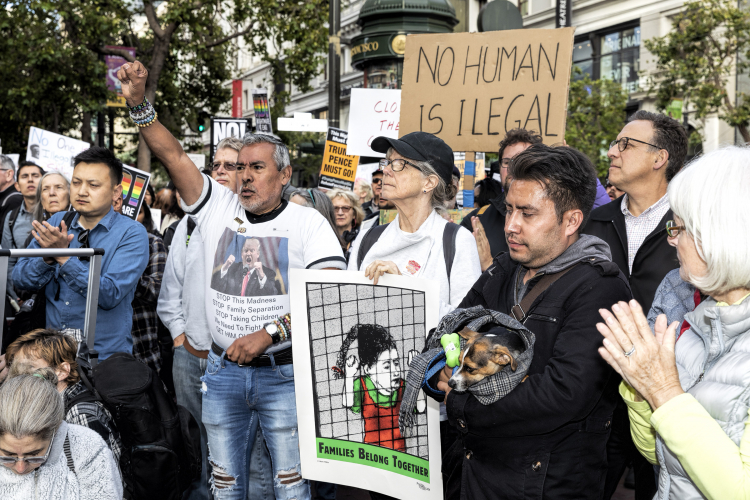 original image (3150x2100)
Puppy on board; mixed language spelling on a sign; anti-Trump T-shirt; raised fist
https://www.facebook.com/trumpdis/
Add Your Comments
LATEST COMMENTS ABOUT THIS ARTICLE
Listed below are the latest comments about this post.
These comments are submitted anonymously by website visitors.