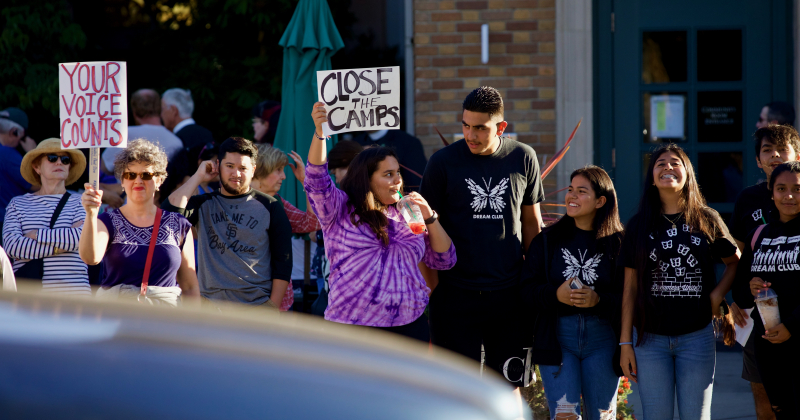 original image (6464x3399)
Saying their vigil was a chance to give voice to the immense suffering and loss of people affected by policies that tear apart vulnerable families, a coalition of faith based and social justice groups put together a rally that drew hundreds to Redwood City. The focus of the vigil was the separation of families and extreme mistreatment of children and adults in the detention centers.

Participants in activist group San Francisco Peninsula People Power, part of ACLU's grassroots army, printed resource information for immigrants in Spanish which members of the artistic collective Fools Mission distributed at the rally. Grupo Danza Colibrí and the Raging Grannies started off the event with music; they were followed by speakers who gave their audience much to think about and act on.

Adressing the crowd, Rev. Jorge Bautista, an eyewitness to the horrors on the border, said that prisoners in detention centers are subjected to torture, humiliation and even death. Member of the latinx volunteer community Charo Martinez spoke about the psychological harm to immigrants and their families.

Audience members said they were deeply disturbed by reports of terrible conditions at the border where children are held separated from their parents in detention camps overcrowded and lacking proper food and hygiene. Rally members at the candlelight vigil held in front of the main Redwood City Public Library were moved to donate money to Raices (raicestexas.org) for help at the border and Community Legal Services in East Palo Alto (clsepa.org) to help local immigrants.

Most importantly, organizers and participants alike said they felt focused and primed for even bigger protest following the rally. Many said that the calls for more assertive action on the San Francisco Peninsula will not go unheeded.
https://clsepa.org
§Sources and Resources
by Ruth Robertson Sunday Jul 14th, 2019 5:14 AM 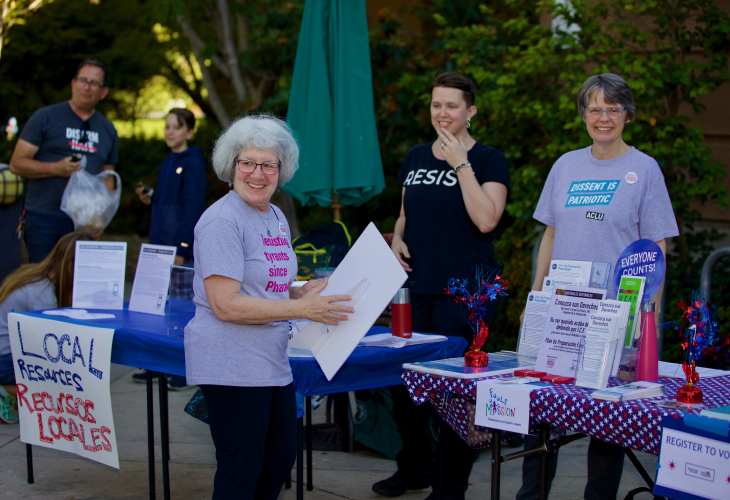 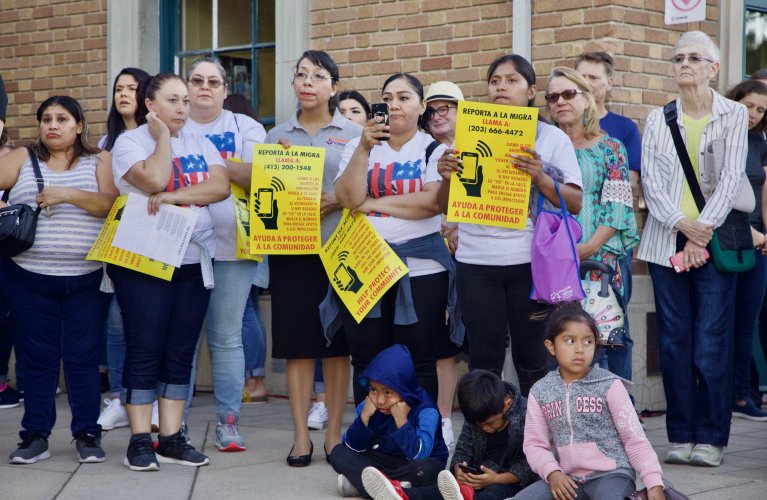 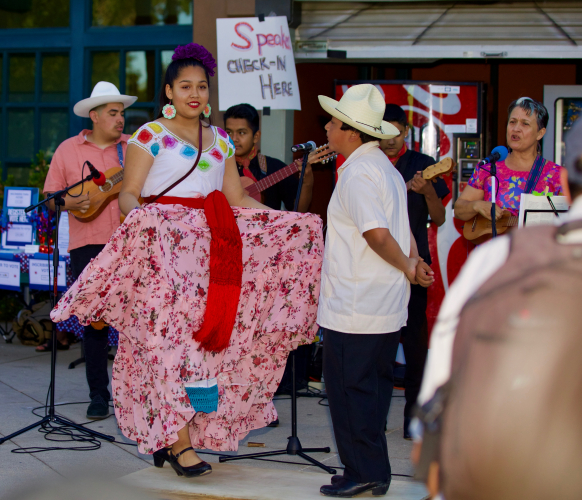 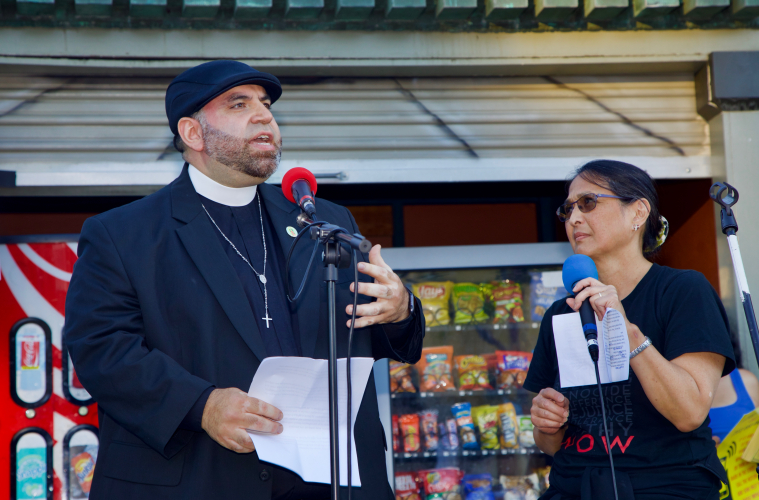 original image (6293x4142)
Website here for donations to help at the border, Texas Raices.
https://www.raicestexas.org
§7 Children Have Died in the Camps
by Ruth Robertson Sunday Jul 14th, 2019 5:14 AM 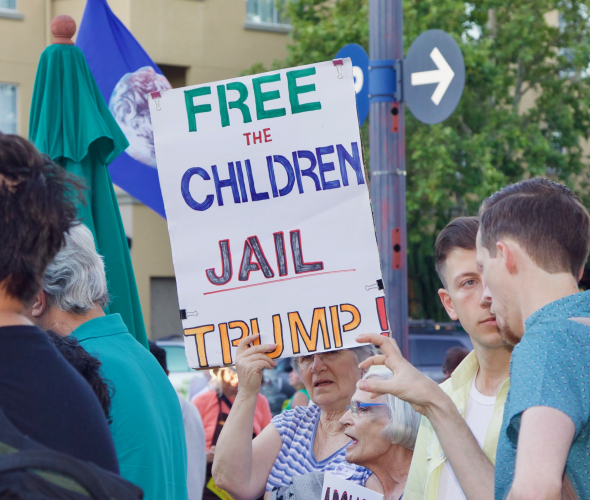 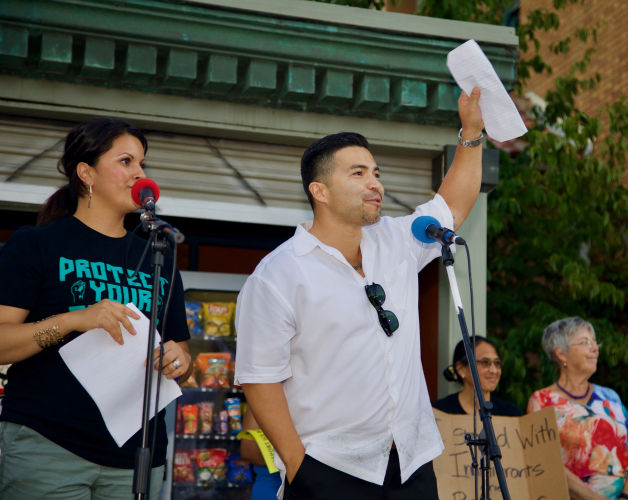 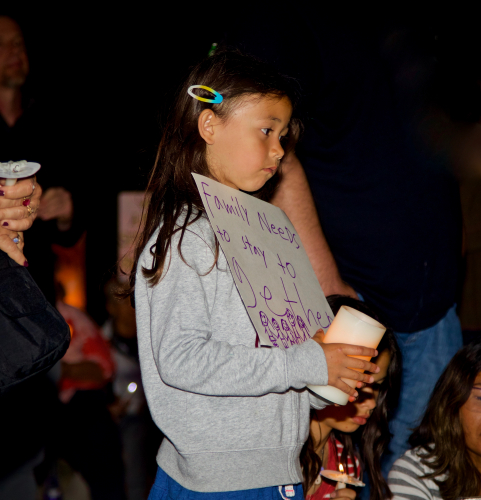 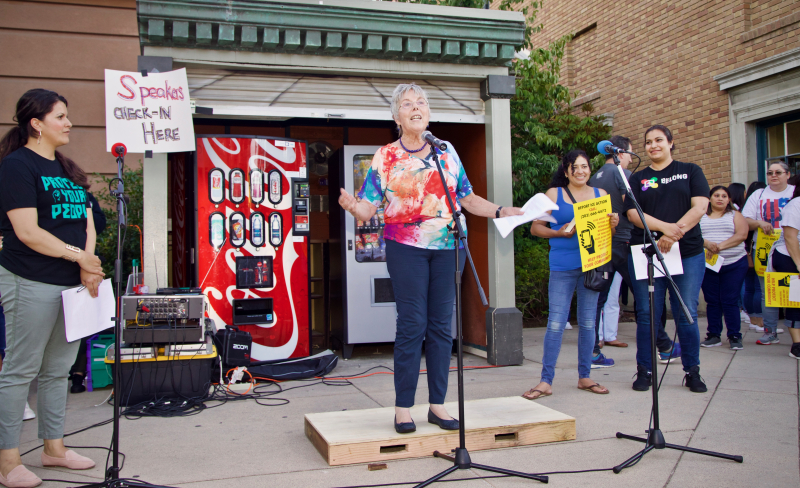 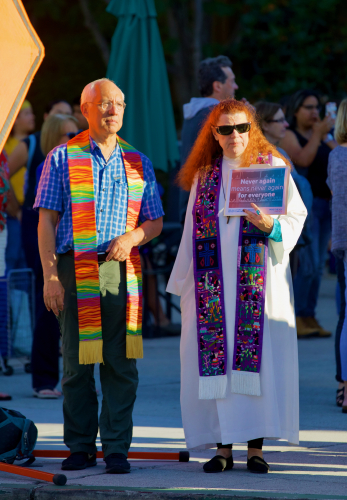 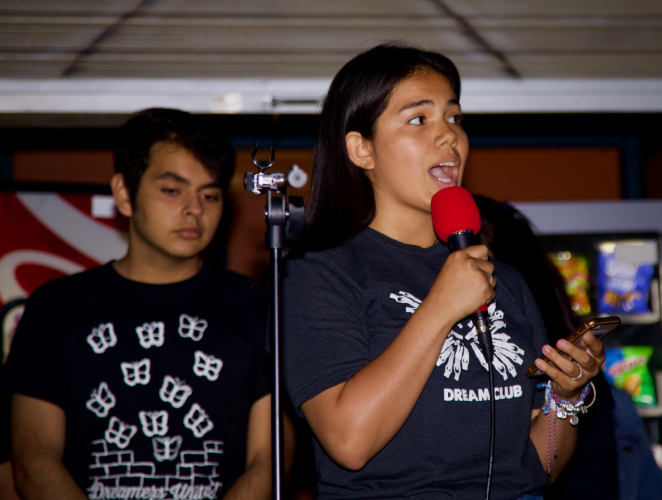 original image (5562x3059)
Granny Gail, second granny from left spoke from the mic. She said the Grannies need a new adjective as they are no longer just pissed off, they are horrified.
http://www.raginggrannies.com
§Brian Perkins, District Director, Office of Congresswoman Jackie Speier
by Ruth Robertson Sunday Jul 14th, 2019 5:14 AM 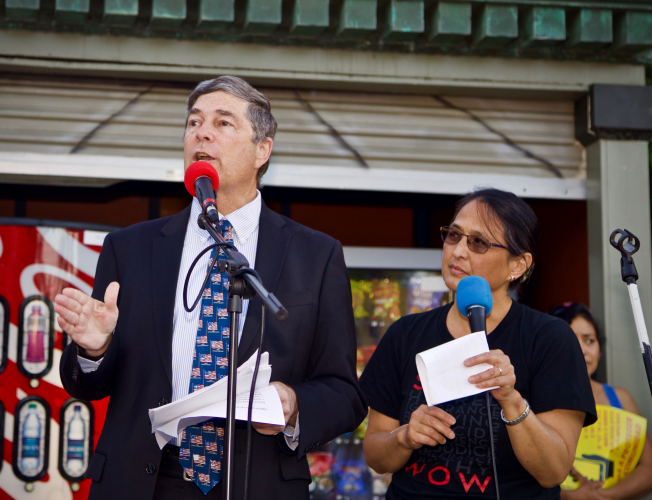 original image (4497x3446)
The Congresswoman was at the border visiting detention camps this very day. It was her second trip.
§Matching T-shirts, Spanish/English
by Ruth Robertson Sunday Jul 14th, 2019 5:14 AM original image (5345x3882)
Author Julie Lythcott-Haims, left, and Kris Brockmann are eye-witnesses to the atrocities at the Clint detention center in Texas where child immigrants are being jailed separately from their families. Together with other volunteers they run Caravan to Clint that helps concerned people visit the camp, deliver supplies, and protest in Clint and nearby El Paso.
§Message on Wheels
by Ruth Robertson Sunday Jul 14th, 2019 5:14 AM 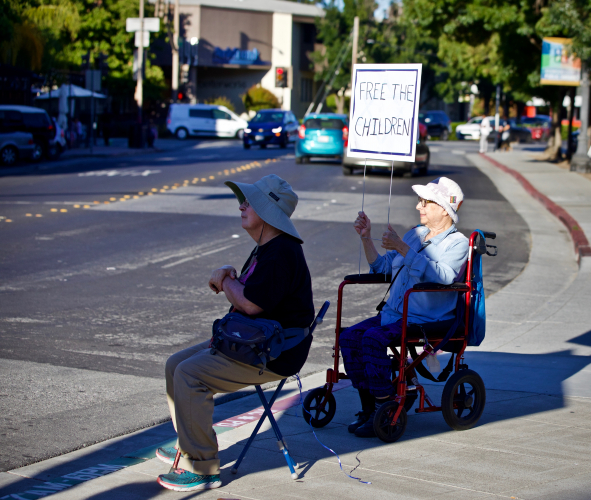 original image (6370x3668)
Add Your Comments
Support Independent Media
We are 100% volunteer and depend on your participation to sustain our efforts!