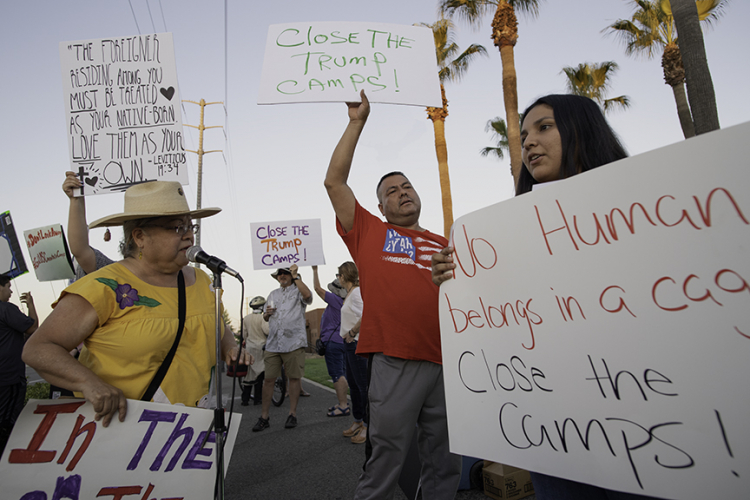 original image (864x576)
On Friday night, July 12, Fresno was one of over 700 cities around the world holding a “Lights for Liberty” vigil to protest the situation of migrants, including children, being seized by ICE and the Border Patrol and being put in camps with terrible conditions. The Fresno action was organized by three veteran protest groups: Comité Resistencia, the Fresno Women’s March and the group that protests at Congressman Nunes’ office in Clovis.

Gloria Hernandez, of Comité Resistencia, said she spent three evenings making signs, with a lot of allies helping out. “I was surprised at the response. I was pretty happy about it,” she said. There were around four hundred people protesting, occupying all four corners of the intersection of Blackstone and Nees, by the River Park Shopping Center.

Hernandez said she worked on October 22 police brutality protests over the years, and they would have at most 90 people attend. The camps evidence a new level of brutality, and they are creating a new kind of response. “To me,” Hernandez said, “to see this happening worldwide is just amazing.” 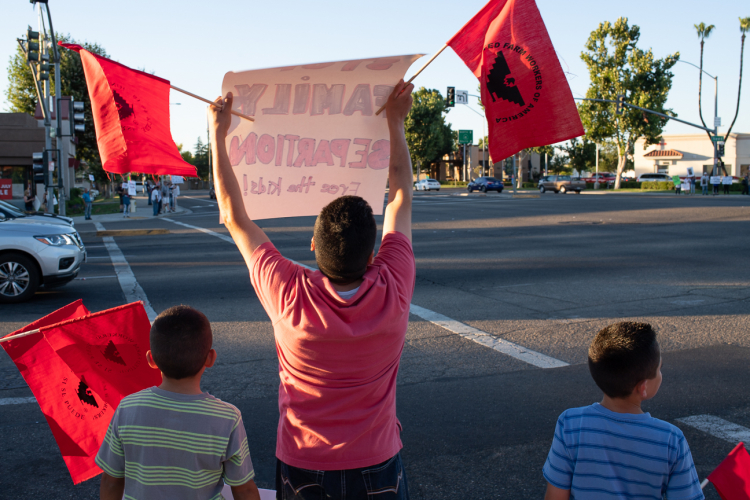 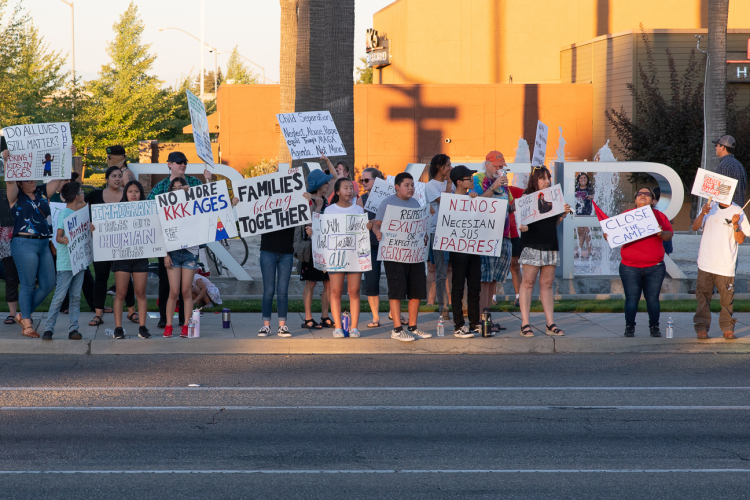 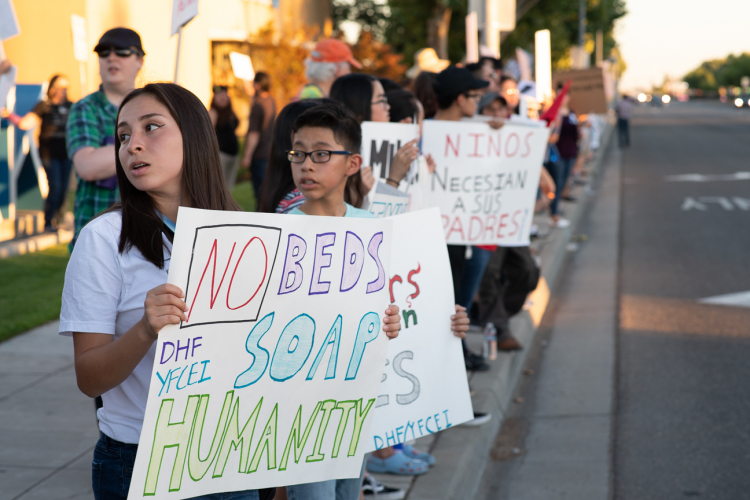 original image (1296x864)
They came with the Dolores Huerta Foundation.
Add Your Comments
Support Independent Media
We are 100% volunteer and depend on your participation to sustain our efforts!