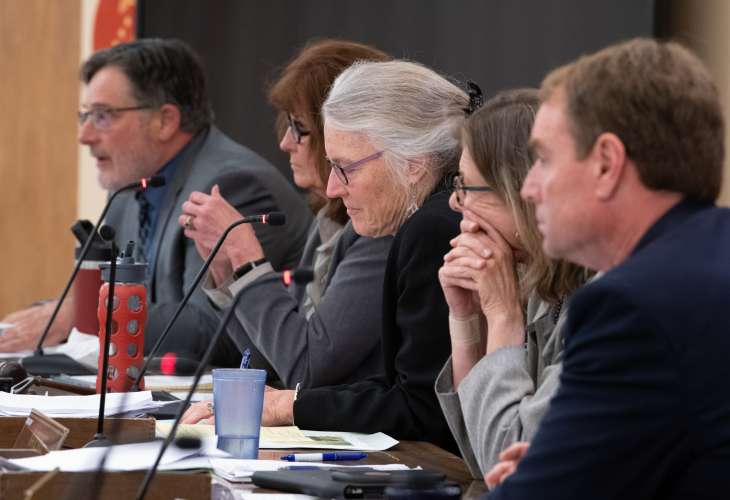 Starting at 5:30 PM and lasting till 8:00 PM the Main County Board of Supervisors listened to the Sheriff’s report on ICE handovers and a report from ICE Out Of Marin.

They heard moving testimony from Marin County residents, from the aged to children not yet tall enough to reach the lectern.

He also enumerated the many previous arrests of the thirteen he turned over, ignoring that it was placing someone into a system where the traditional values of our judicial system no longer hold.

Laura Eberly representing ICE Out of Marin noted that the sheriff is placing people into horrific conditions that would never be allowed in our county, even putting in those who have either served their time or not even yet been charged.

She called ICE an “inhumane, atrocity riddled system” with which our cooperation has to stop.

While expressing sympathy for the immigrant’s trauma and criticizing Trump and ICE, the Supervisors did not address ICE Out Of Marin’s demand for a supervisory commission over the Sheriff nor the demand that the County, like neighboring counties, declare itself a sanctuary county, and thereby provide additional cover for non-cooperation with ICE. 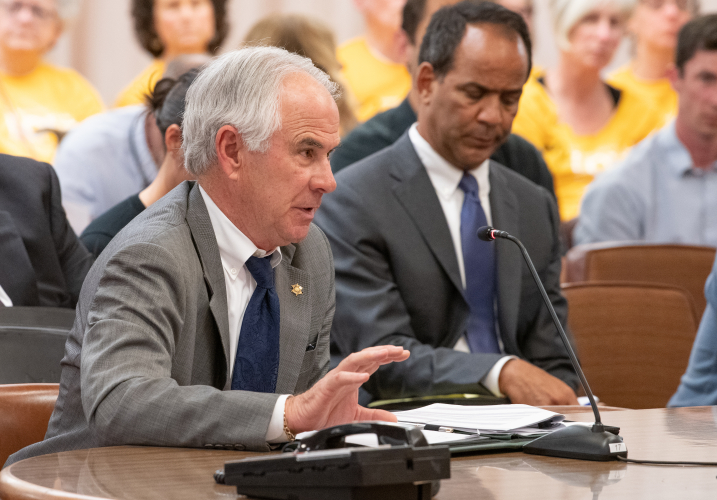 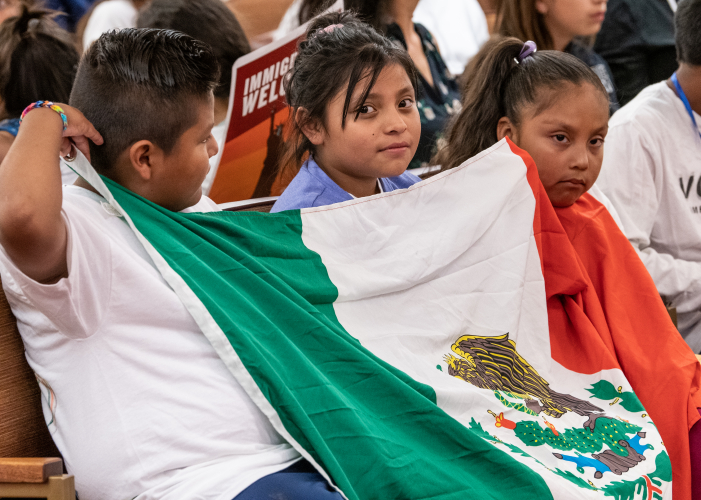 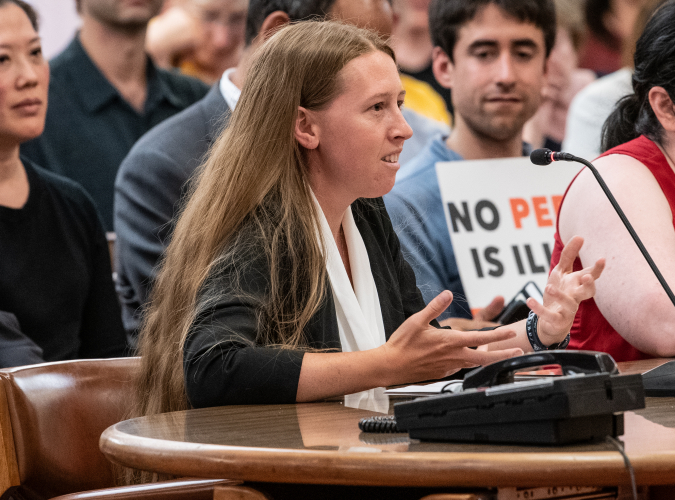 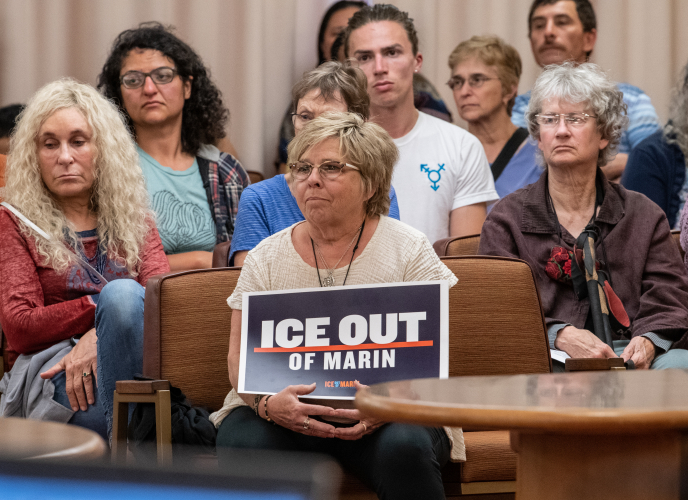 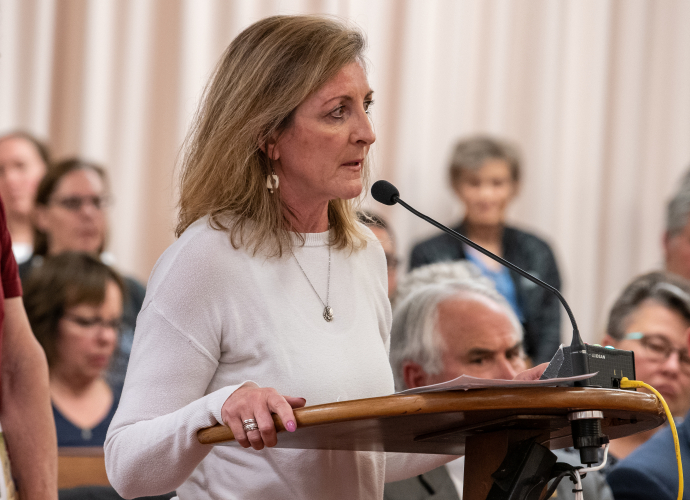 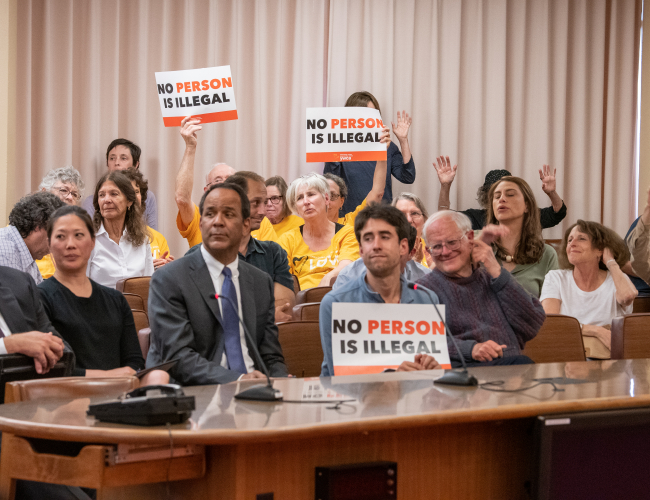 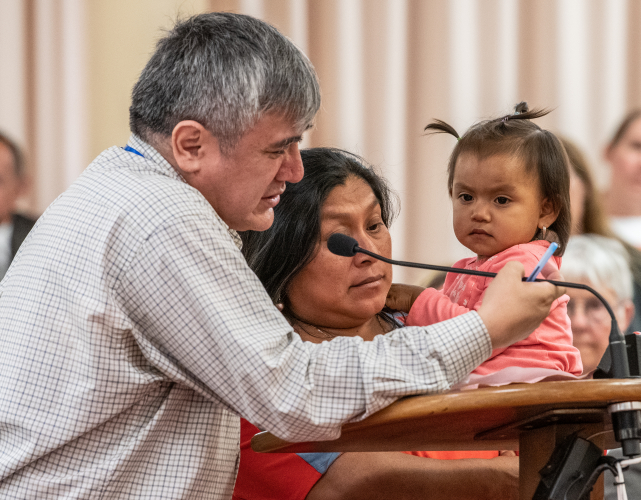 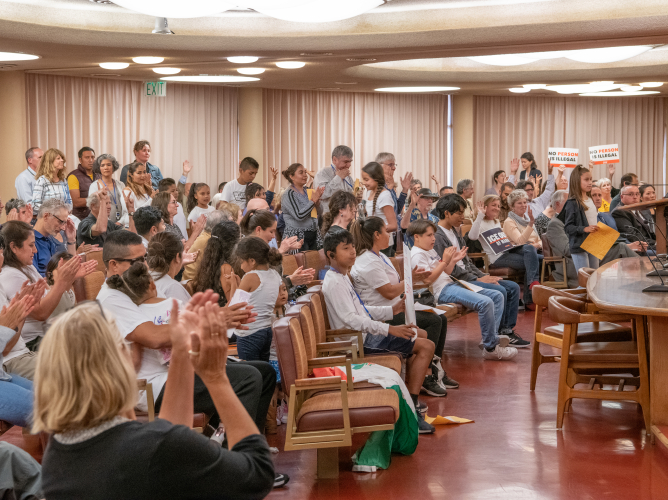