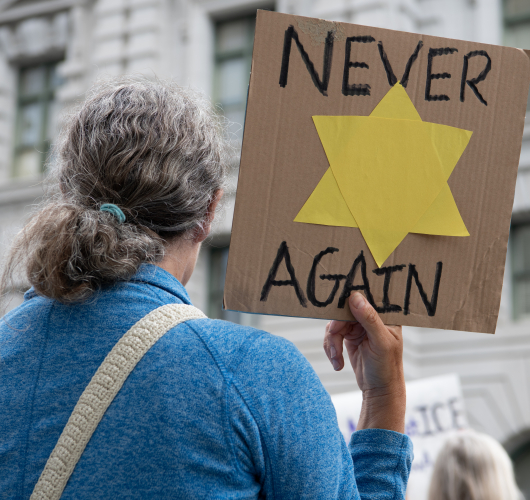 original image (5625x5299)
Not just as individuals but as a religious group, at 7:45AM on Friday Jews stepped up to the plate to protest Trump's crimes against immigrants.

Close to 500 demonstrators from "Never Again Now" gathered in front of San Francisco's Public Library to march on the Federal Building where the House Speaker has her office.

With many wearing prayer shawls and skull caps, in English, Spanish and Hebrew, they sang and shouted slogans aimed at Pelosi and Trump.

"My grandmother and grandfather were murdered in the Holocaust" said Bruce Newburger, reflecting the stories of many participants.

After blocking the Federal Building's doors as well as Seventh Street with the police watching but not interfering, the protesters marched back down Market Street, the way cleared by police on their noisy Harleys.

With traditional Hebrew greetings and goodbyes, and above all, assurances that there would be more protests to come until the outrages end, the group dispersed.
https://kunstena.smugmug.com/Politics/Demo...
§
by Leon Kunstenaar Saturday Jul 6th, 2019 2:54 PM 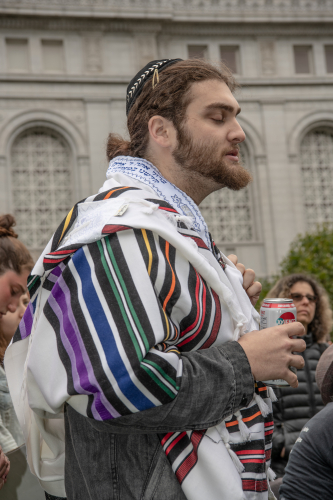 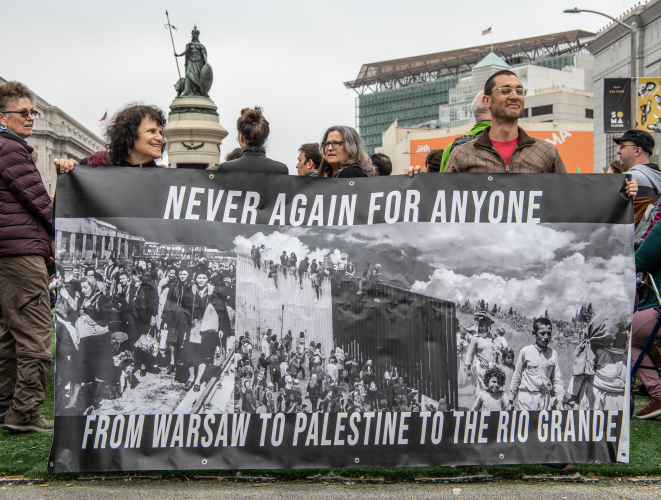 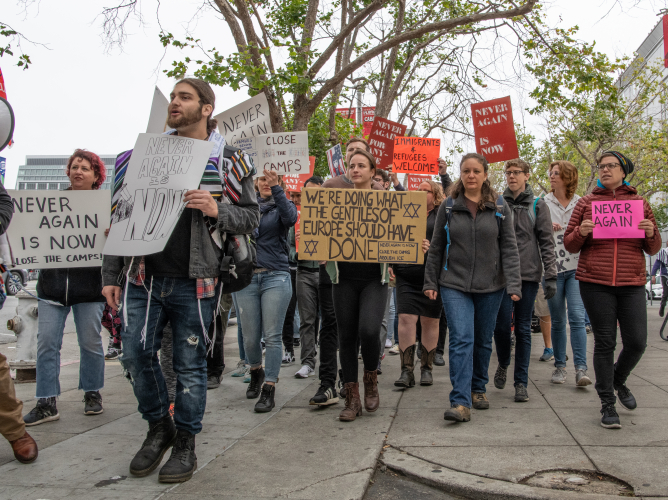 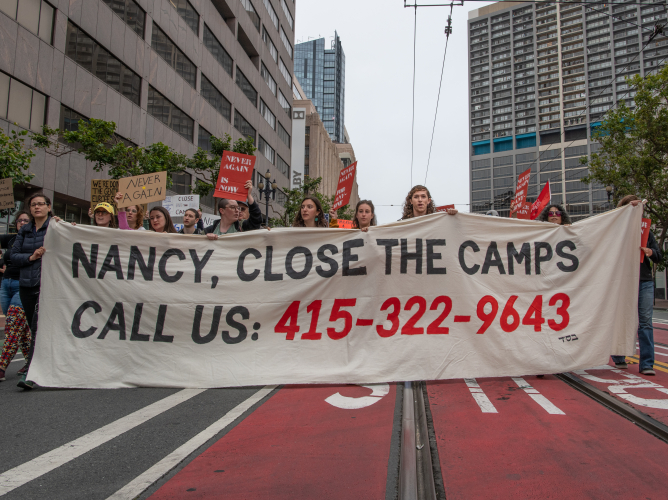 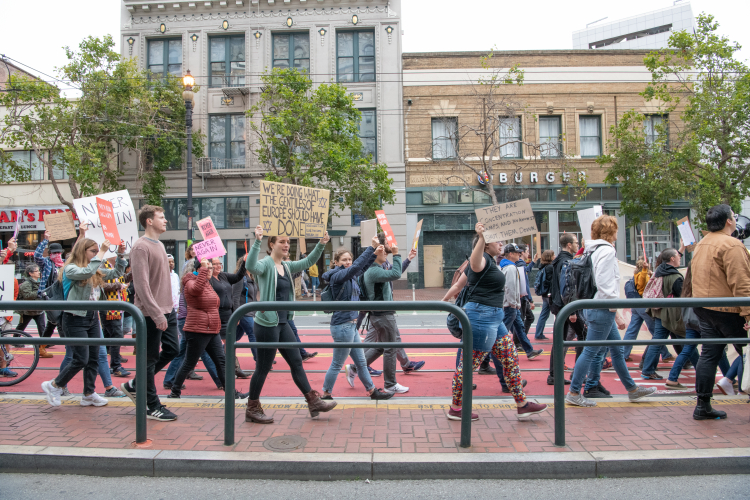 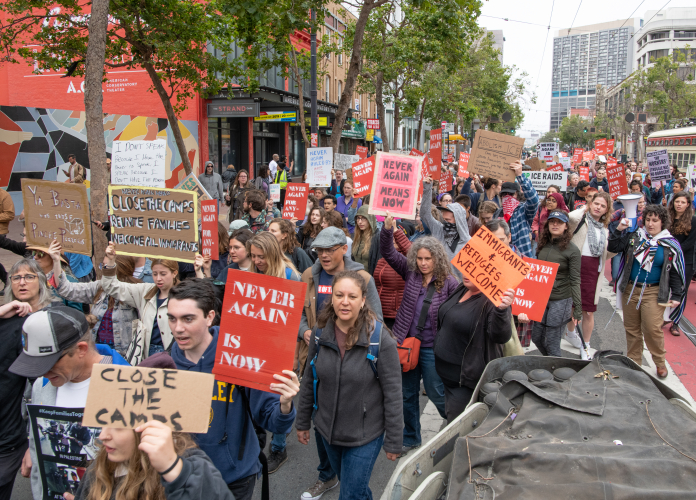 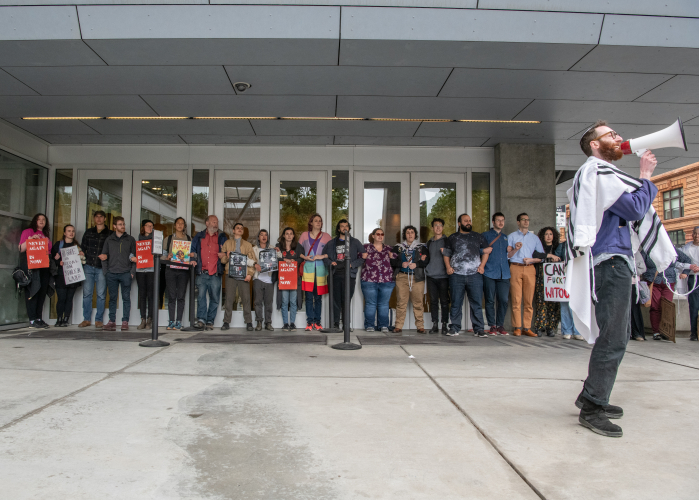 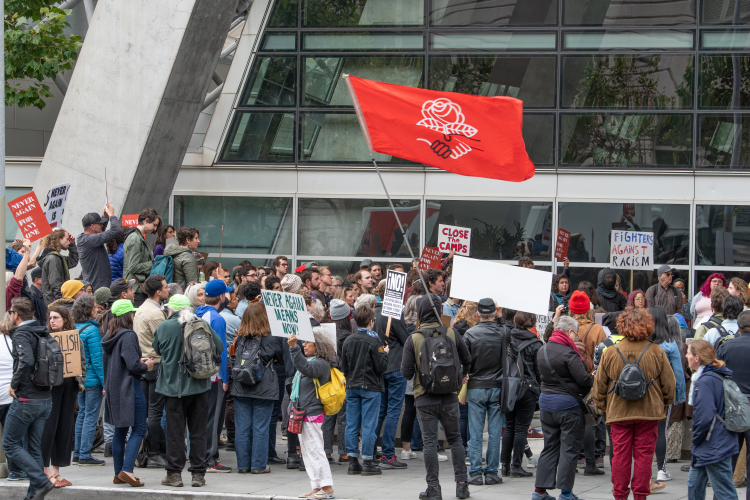 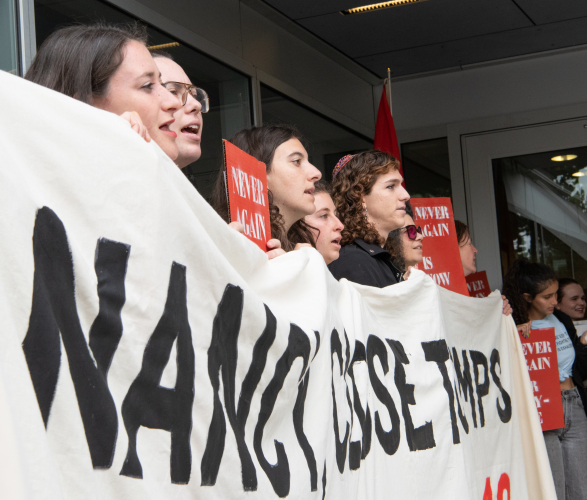 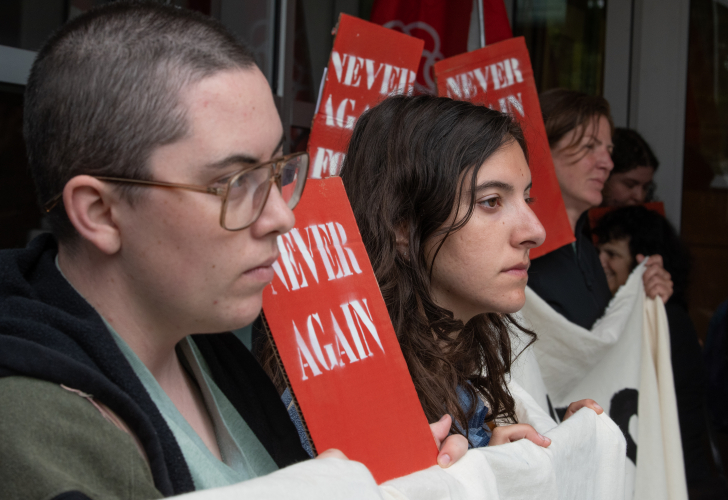 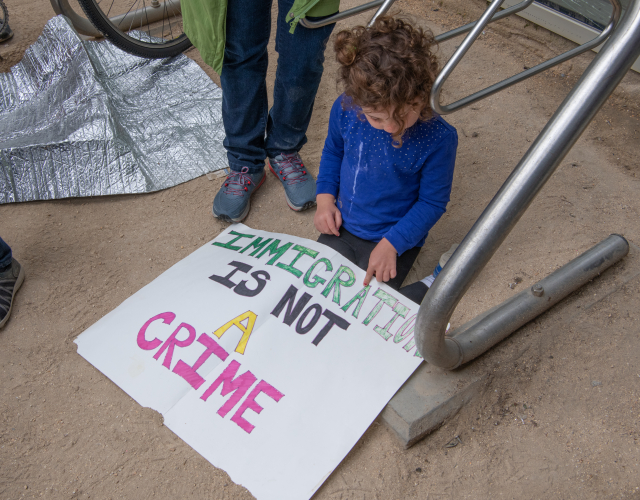 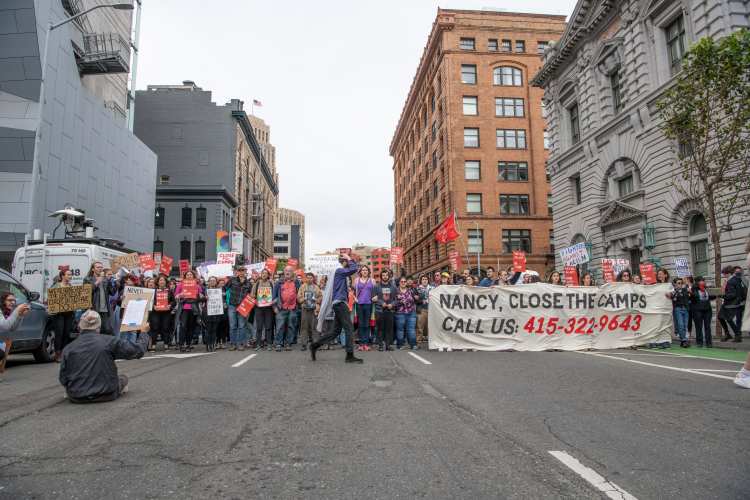 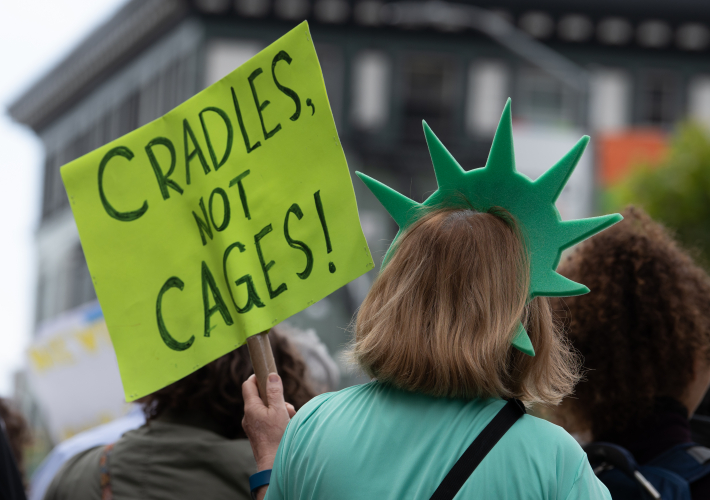 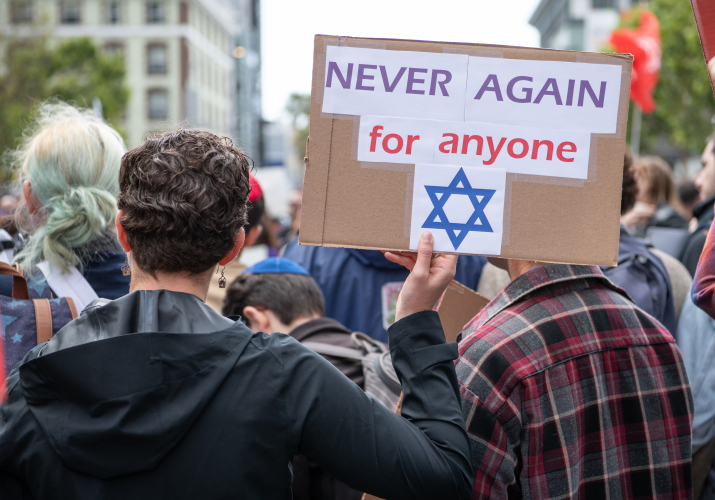 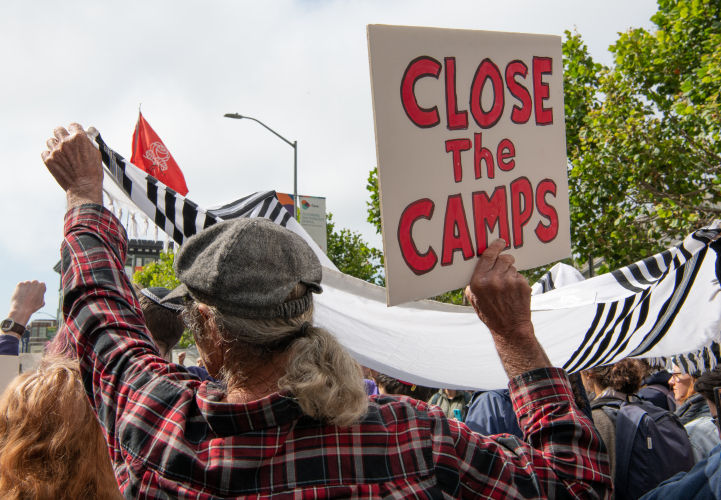 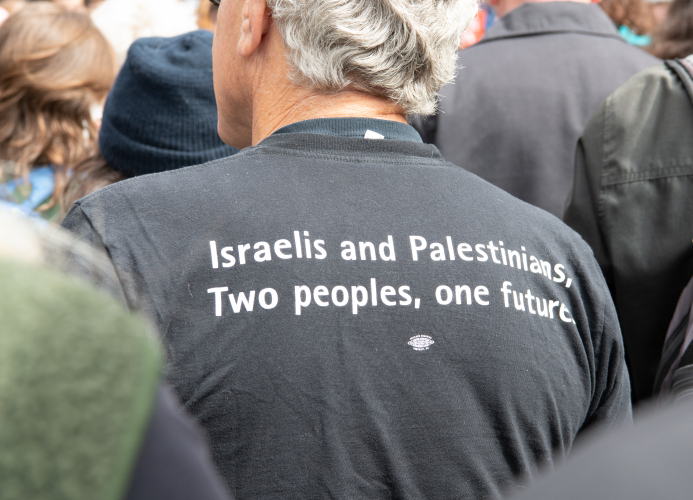 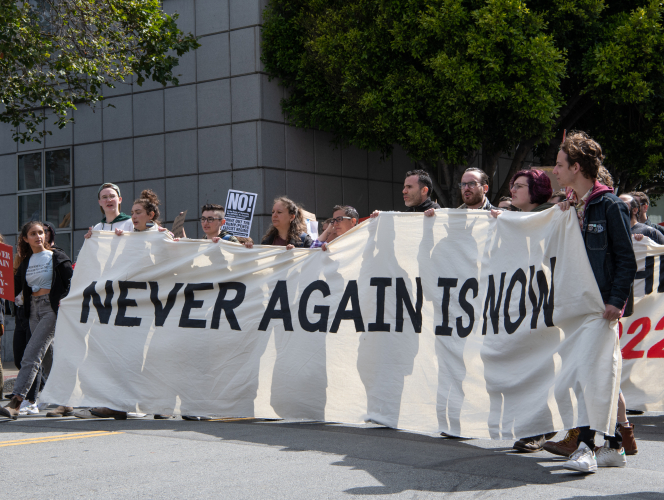 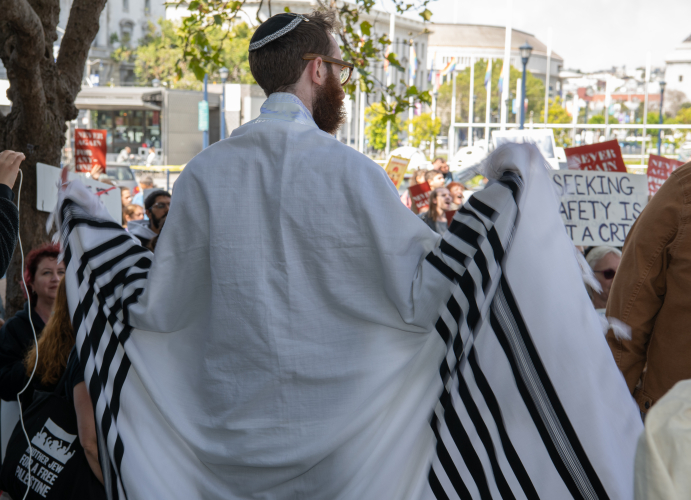 original image (7304x5280)
https://kunstena.smugmug.com/Politics/Demo...
Add Your Comments
Support Independent Media
We are 100% volunteer and depend on your participation to sustain our efforts!