Add an Event
Newswire
Calendar
Features
Home
Donate
From the Open-Publishing Calendar
From the Open-Publishing Newswire
Indybay Feature
Related Categories: Peninsula | Immigrant Rights
In Palo Alto, 300 Demonstrators Protest Detention Camps
by Text: RR Photos: Jack Owicki, Pro Bono Photo
Friday Jul 5th, 2019 3:44 AM
On July 2, tens of thousands of people attended over 175 protests across the US to call on the Trump administration to close detention camps where migrants are being held under horrific conditions. Palo Alto, California, the site of one such protest, is the location of grassroots effort Caravan to Clint, a group that goes on trips to a children's detention facility outside El Paso. 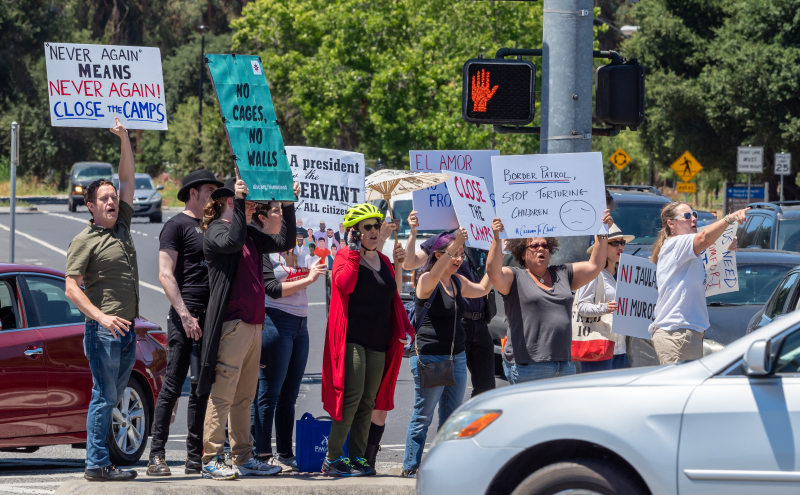 original image (4759x2950)
Hundreds of people from Santa Clara, San Mateo counties and beyond demonstrated at the corner of Embarcadero and El Camino in Palo Alto to protest detention camps for migrants to the US.

At an open mic, community members said they were sickened by the mistreatment of asylum seekers and immigrant children, many of whom have been separated from their families. Witnesses have returned from visiting the camps only to report that children are forced to live in overcrowded facilities without basic necessities including food, water, soap and toothpaste.

Activist Julie Lythcott-Haims stepped up to the mic calling on protesters to join #Caravan to Clint. The founder of this grassroots effort, Julie organizes trips from Palo Alto to the Clint detention facility for children in West Texas. Julie reported that Clint is a small town of 1,000 residents with a US Customs and Border Patrol facility. Members traveling with Caravan to Clint stand on street corners in nearby El Paso with homemade signs and shout chants; they hold candlelight vigils outside the Clint facility where the children are being held.

The rally in Palo Alto was co-sponsored by the Raging Grannies Action League and the Peninsula Branch of Women's International League for Peace and Freedom.
https://www.facebook.com/groups/caravantoc...
§Caravan to Clint
by Text: RR Photos: Jack Owicki, Pro Bono Photo
Friday Jul 5th, 2019 3:44 AM 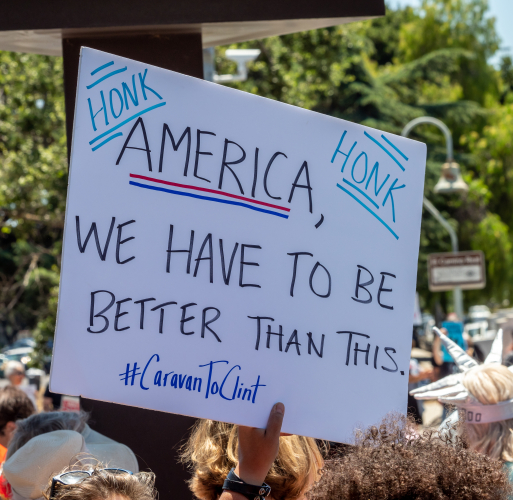 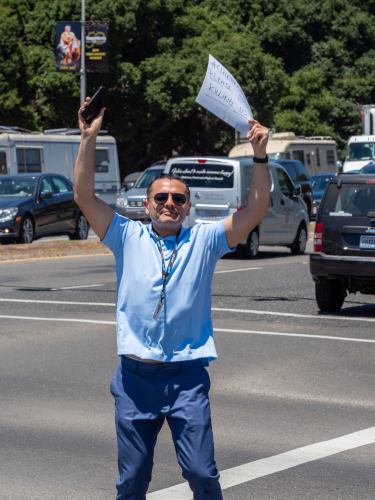 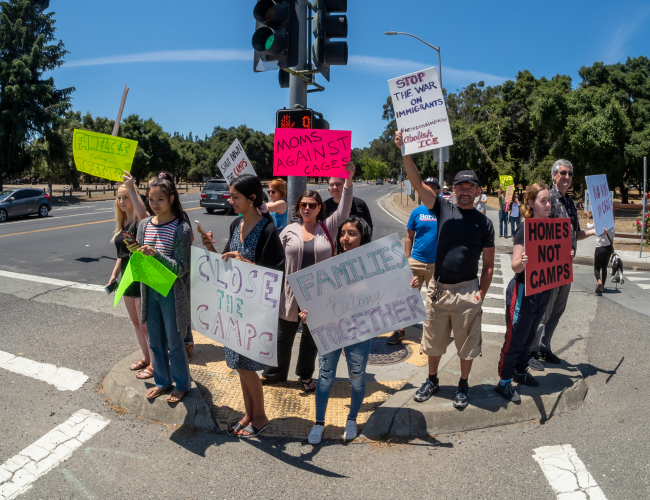 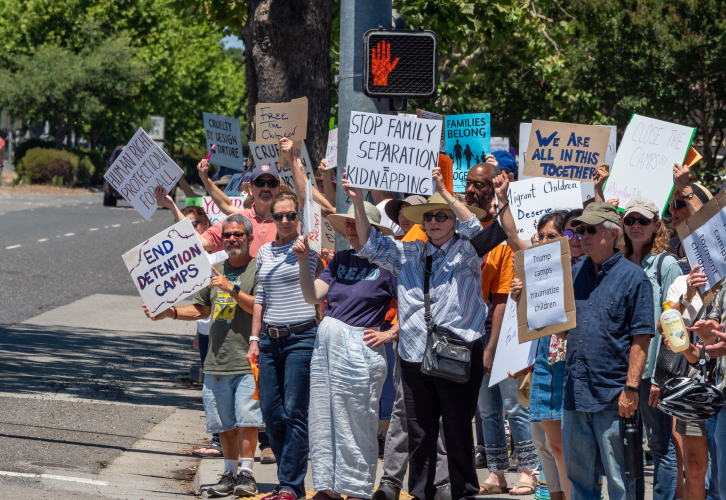 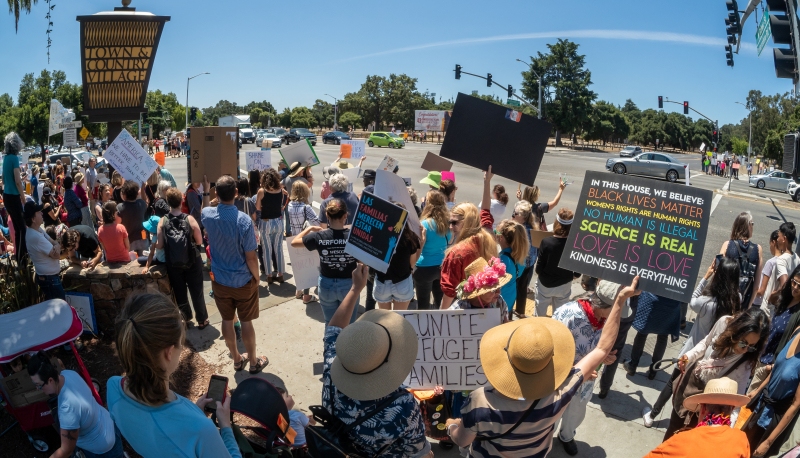 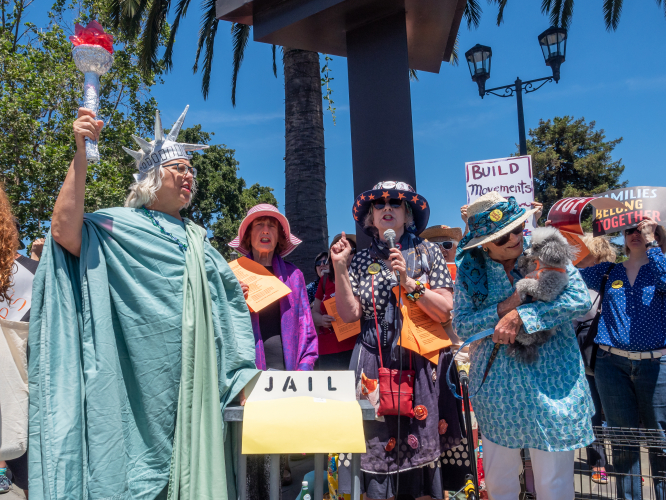 original image (4608x3068)
Add Your Comments
Support Independent Media
We are 100% volunteer and depend on your participation to sustain our efforts!