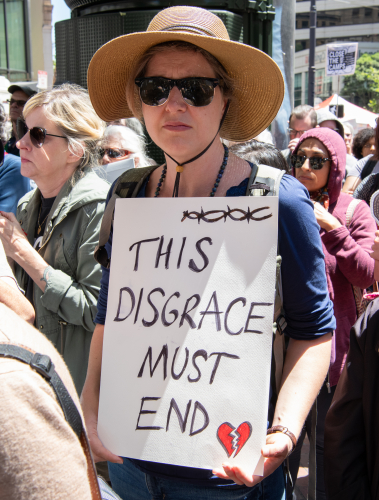 original image (4005x5275)
A July 2 street protest set for Senator Feinstein's office at One Post Street suddenly became very big. Starting with a handful of MoveOn activists, by twelve thirty the crowd had grown to over a thousand angry citizens.

The mood was one of horror and outrage as reports of mistreatment, particularly of children, and of deaths, filter out.

As the sidewalks could no long contain the crowd, they spilled onto one side of the Market street roadway, then the other, immobilizing the avenue. Trolleys stopped and buses were forced to detour.

Though planned to end at one PM, the crowd was in no mood to go home. They then marched down Market street to the Federal building on Seventh, to Speaker Pelosi's office. Another rally was held. 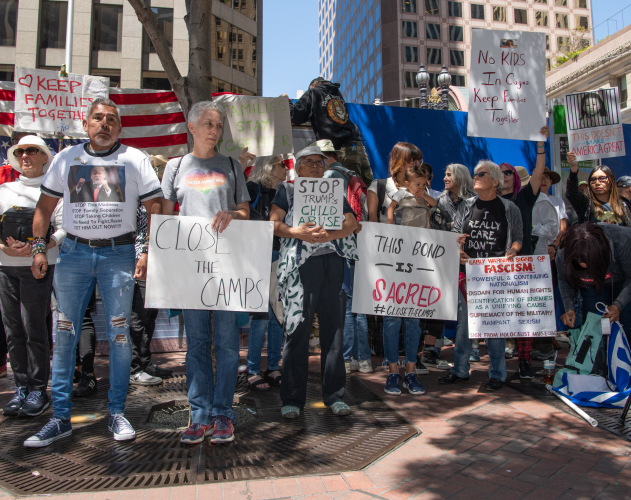 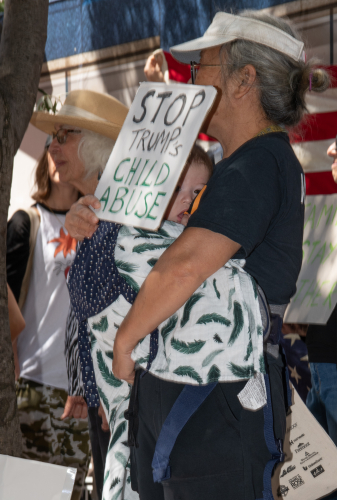 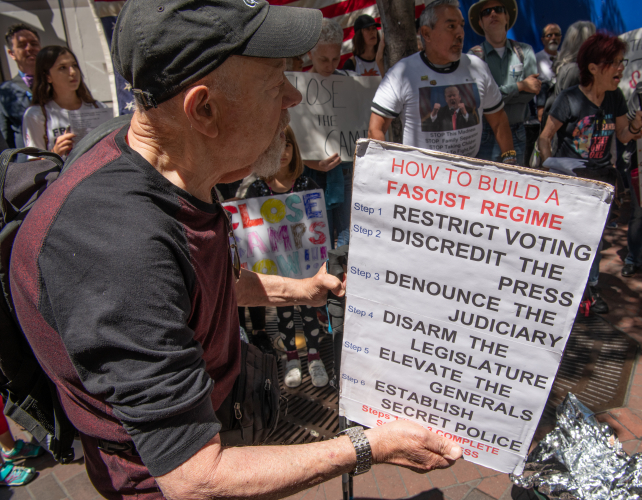 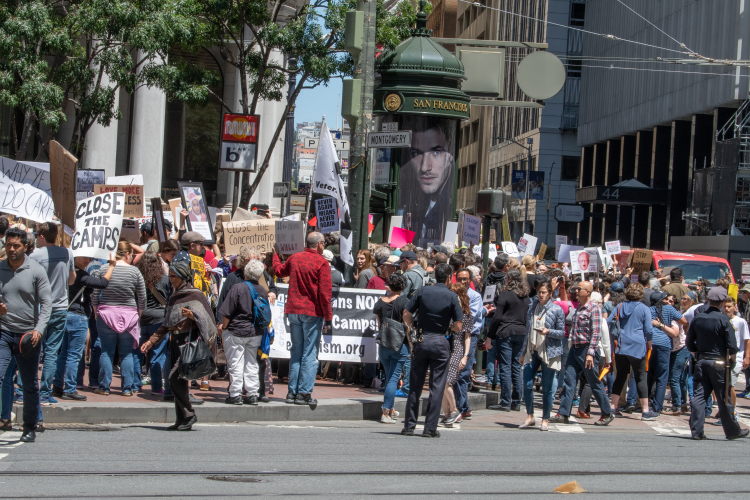 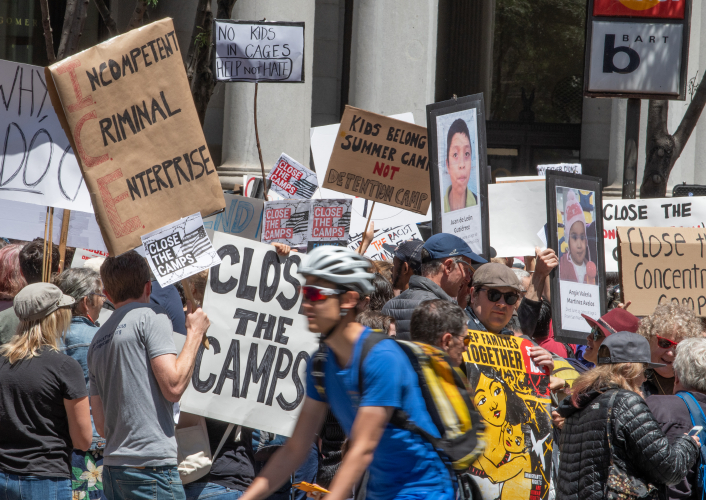 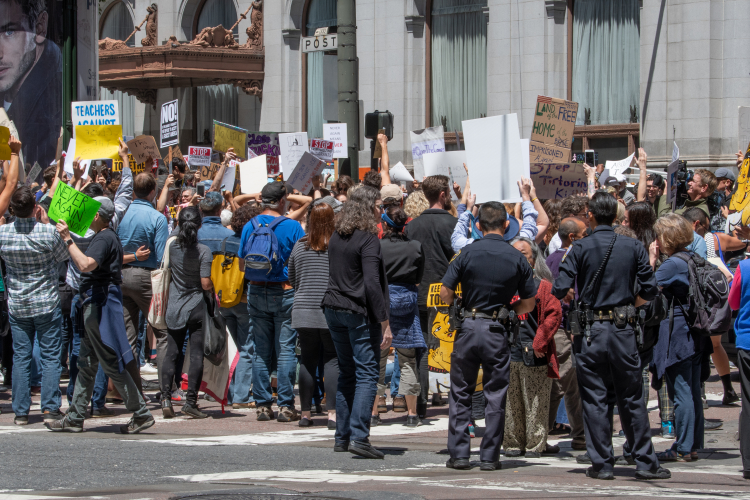 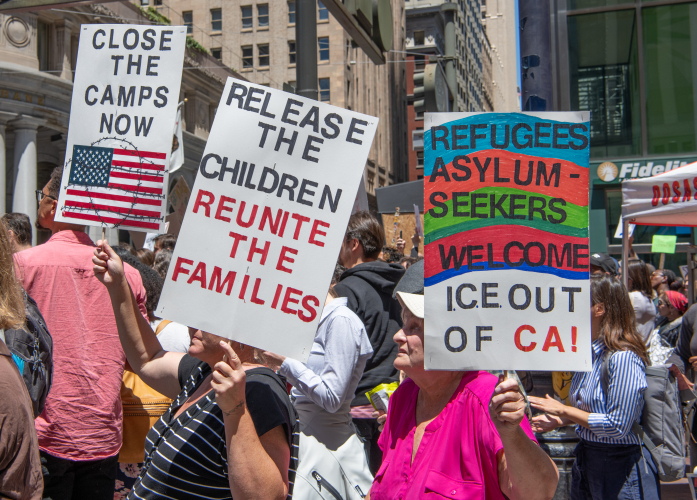 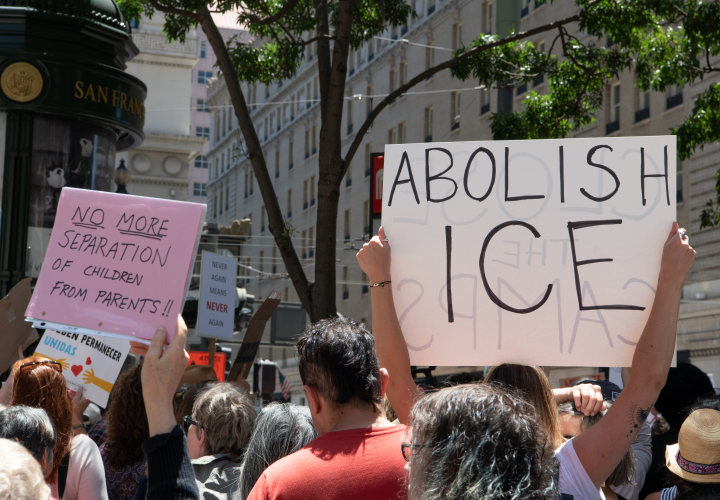 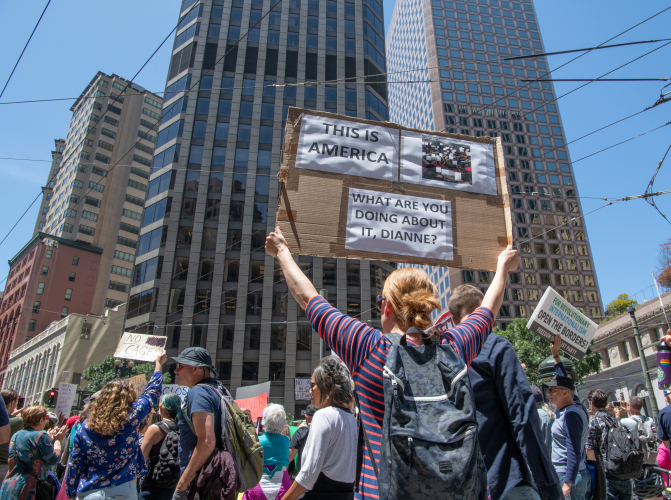 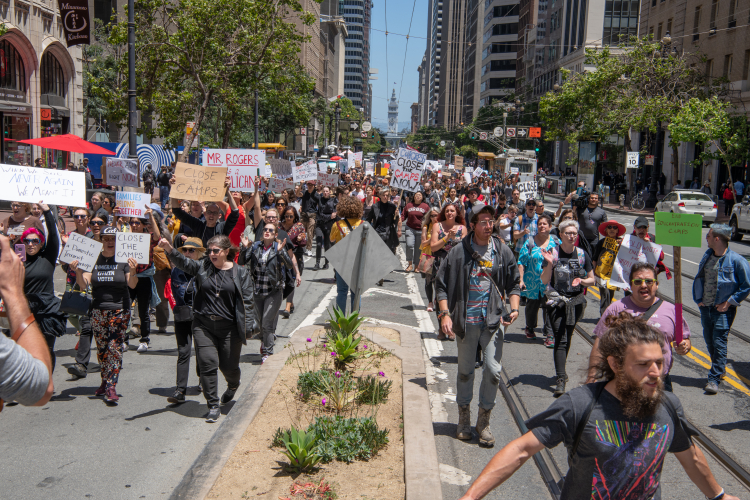 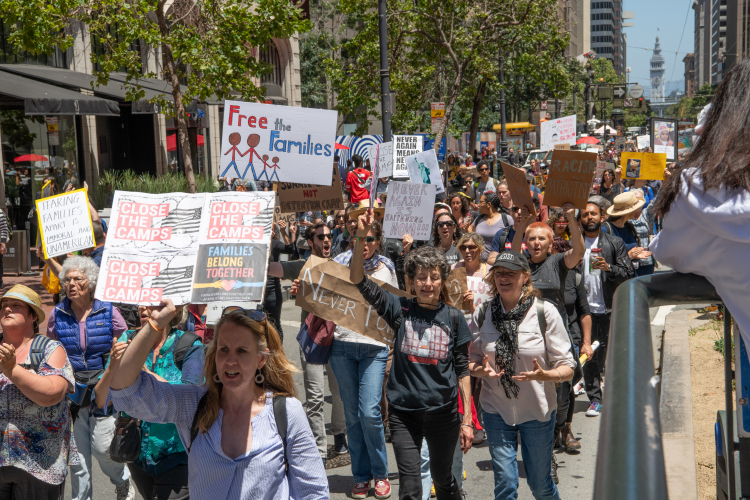 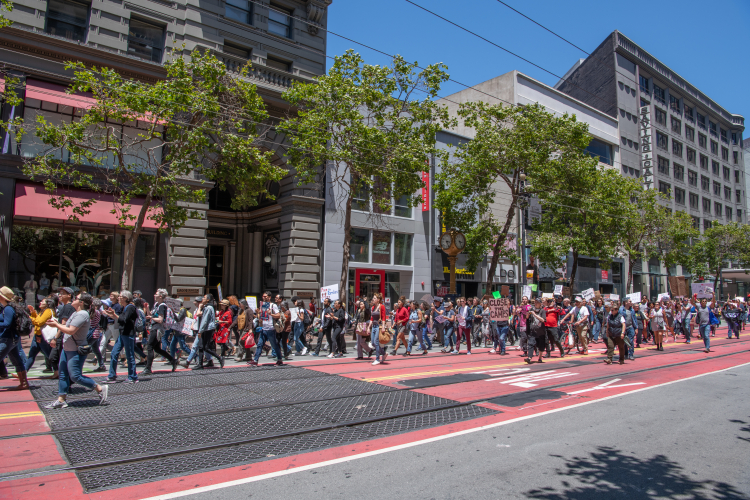 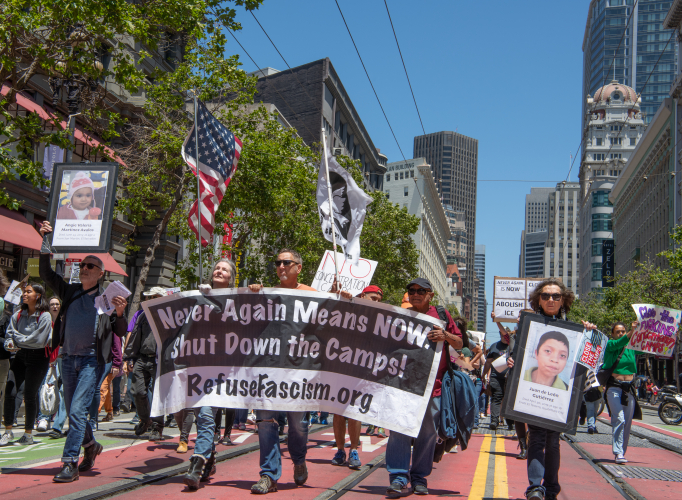 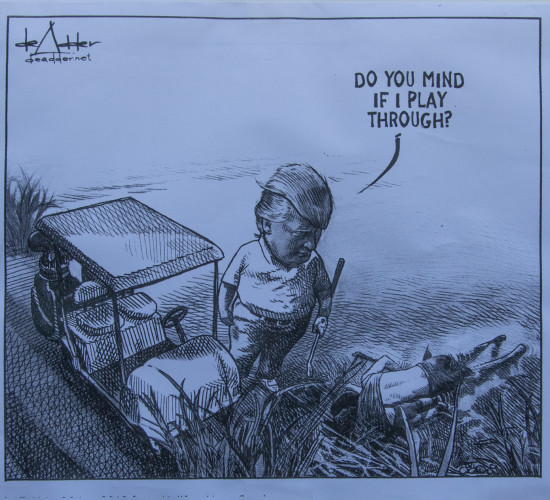 original image (2099x1905)
https://kunstena.smugmug.com/Politics/Demo...
Add Your Comments
LATEST COMMENTS ABOUT THIS ARTICLE
Listed below are the latest comments about this post.
These comments are submitted anonymously by website visitors.