In related video (see link), a protest in Ft. Sill, Oklahoma is interrupted by military police on June 24. The Oklahoma location once held Japanese Americans during WWII without due process and before that it imprisoned Native Americans. Protests in San José and Ft. Sill were demonstrations against the Trump administration plan to reopen Ft. Sill to imprison the children of asylum seekers. 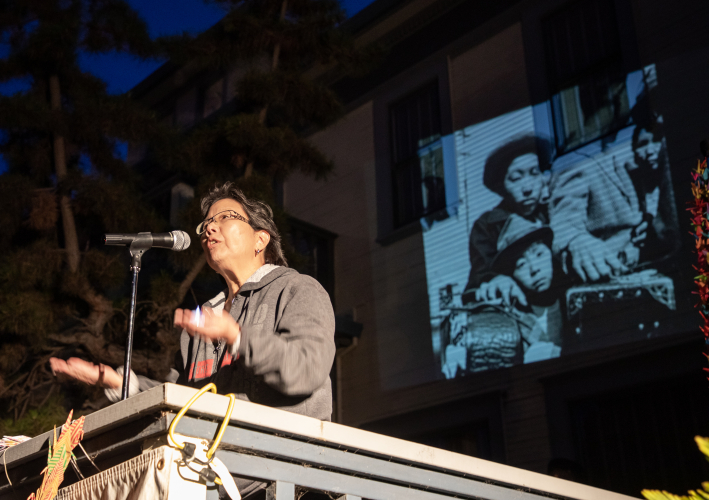 original image (5507x3879)
The following message was delivered by members of the Japanese American community and allies at a press conference and vigil in San José.

"Separating families at the border, imprisoning asylum seekers in inhumane conditions, and tearing apart communities must stop. Fort Sill [in Oklahoma] once held Japanese Issei or first generation immigrants during WWII without due process. Before that it held Native Americans including Geronimo, who died within its walls. To open it up again to imprison unaccompanied minors, children, would be a travesty and open a painful wound. By holding children on Federal sites, the US government is also able to bypass child safety regulations from the state."

The Nihonmachi Outreach Committee was one of the organizing groups. Nihonmachi means Japantown. San Jose's Japantown is where Japanese immigrants first settled in Santa Clara Valley. It is now one of the last three historical Japantowns in the United States.
https://www.youtube.com/watch?v=S7l1jga_R3o
§As the evening grew dark, a light shone on a cascade of origami cranes
by R. Robertson Saturday Jun 29th, 2019 6:09 AM 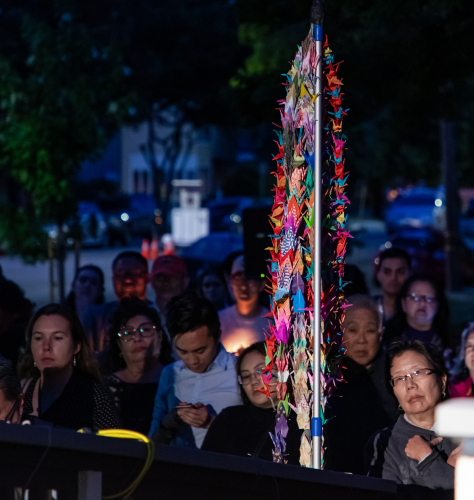 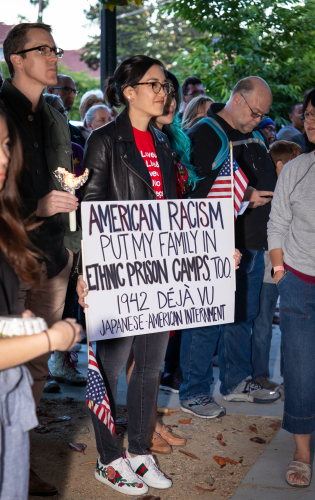 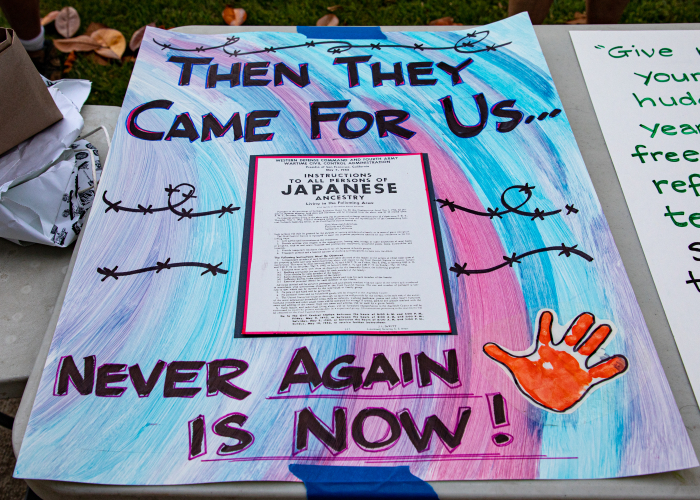 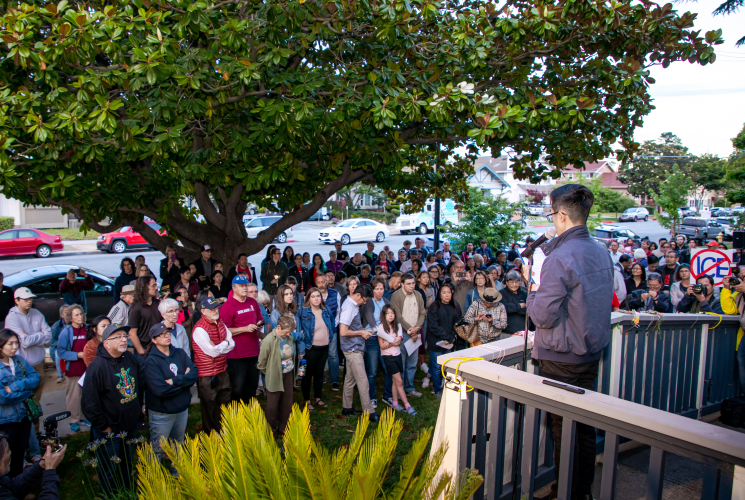 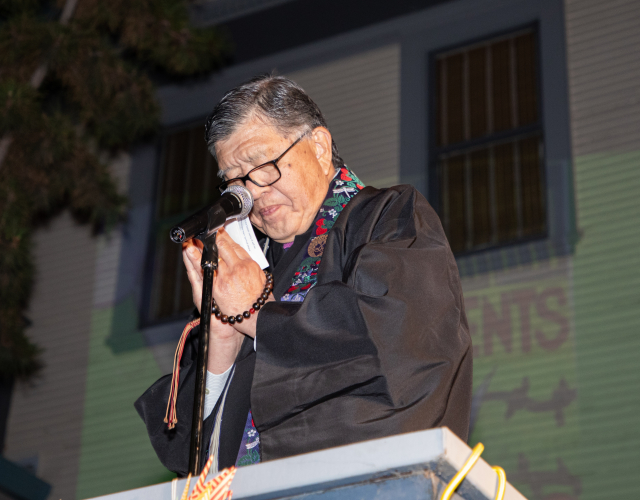 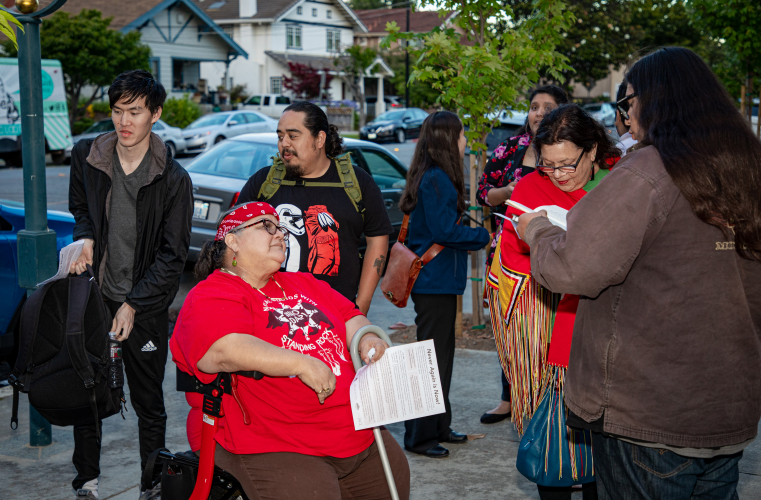 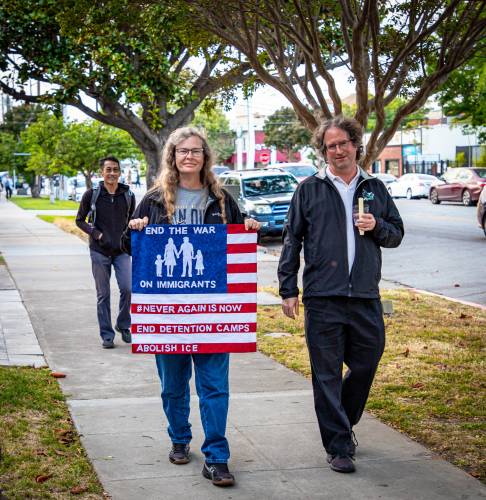 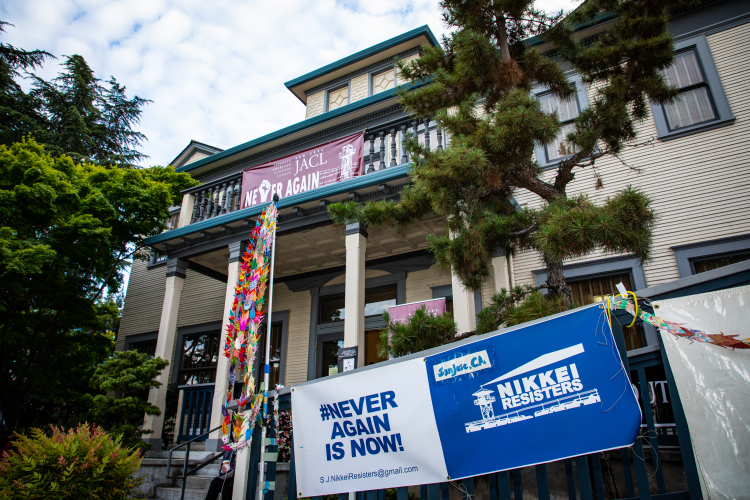 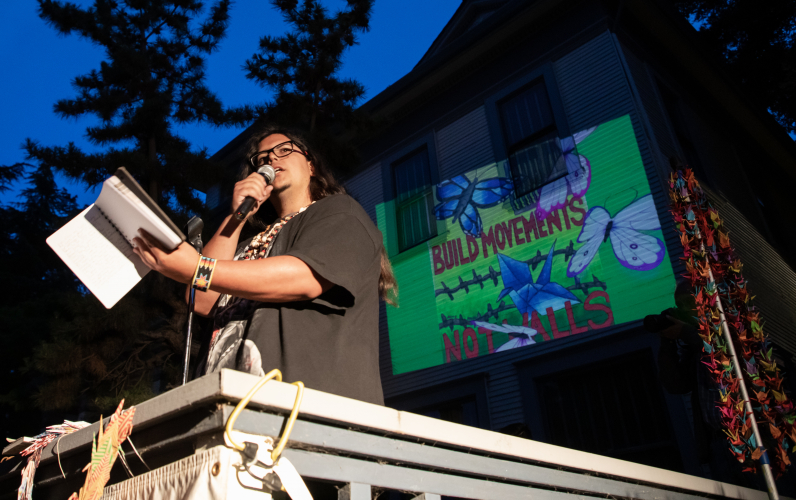 original image (5452x3423)
Add Your Comments
Support Independent Media
We are 100% volunteer and depend on your participation to sustain our efforts!