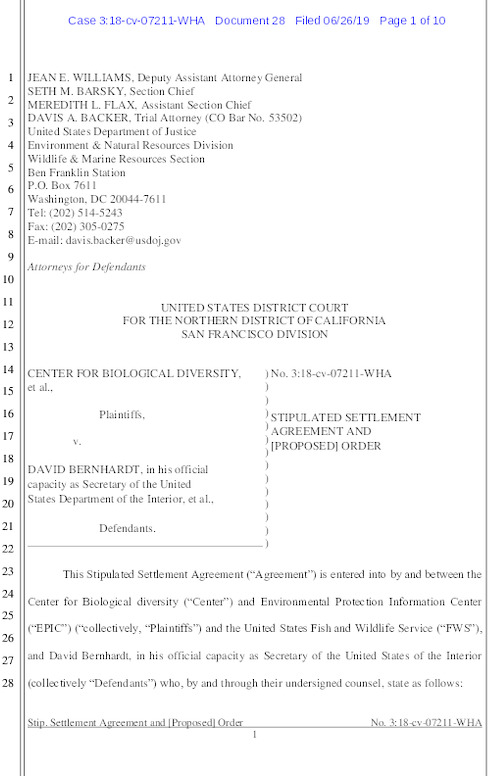 Download PDF (430.7KB)
REDDING, Calif., June 26, 2019 — The Center for Biological Diversity and Environmental Protection Information Center secured a victory for three species of Shasta salamanders today: A new settlement will speed up the U.S. Fish and Wildlife Service decision on whether the animals warrant Endangered Species Act protection. The agency is now required to make that decision by April 30, 2021.

The salamanders are imminently threatened by plans to raise the height of Northern California’s Shasta Dam, which would result in flooding of their habitat.

In response to a 2012 petition from the Center, the Fish and Wildlife Service determined in 2015 that the Shasta salamander may warrant protection. Since that time, however, the animals were recognized by scientists as belonging to three distinct species, each of which is rare and imperiled.

“Endangered Species Act protection is essential to preventing the extinction of these unique salamanders,” said Jenny Loda, a Center biologist and attorney working to protect vulnerable amphibians and reptiles. “Renewed efforts to raise the level of Shasta dam would destroy the salamanders’ habitat, so they desperately need these lifesaving safeguards.”

Work to raise Shasta Dam had stalled in recent years. But after President Donald Trump was elected, he appointed former Westlands Water District lobbyist David Bernhardt as deputy secretary of the U.S. Department of the Interior.

Westlands has long supported raising the dam to provide more water for agricultural operations. At Interior, Bernhardt oversees the U.S. Bureau of Reclamation, which is responsible for the Shasta Dam project. That project now appears to have new life.

Congress allocated $20 million to the project in 2018 and preconstruction work started shortly afterward. The Bureau of Reclamation plans to award a construction contract in December 2019 and complete construction of the project by February 2024.

In addition to direct flooding from the proposed increase in the size of the reservoir, habitat for Shasta salamanders and other rare species is likely to be affected by the relocation or modification of infrastructure needed to accommodate the larger reservoir, such as buildings, roads, bridges and utility lines.

“Endangered Species Act protections would give the Shasta salamanders a real shot at survival,” said Tom Wheeler, executive director of the Environmental Protection Information Center. “With a near-perfect record at saving the species it protects from extinction, the Endangered Species Act is our best hope for keeping these rare creatures in the world.”

Background
When the 2012 petition was filed, the salamander was known as only one species, the Shasta salamander. But new research published last year revealed that the Shasta salamander in California is actually three species — each more endangered than previously thought. All three live in the vicinity of Shasta Lake.

Shasta salamanders are 4 inches long and dark reddish-brown. Their restricted range, coupled with ongoing threats of habitat destruction and degradation, leaves them extremely vulnerable to extinction.

The recently described Samwel Shasta salamander was named for its original discovery site, Samwel Cave, and the Wintu Shasta salamander is named for the original habitants of the region, the Winnemem Wintu tribe. All three species are found within a range of about 330 square miles in the vicinity of Shasta Lake.