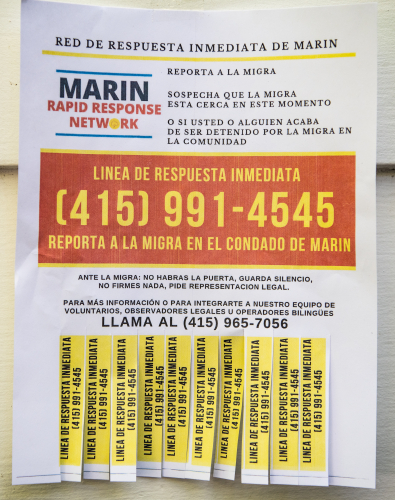 original image (4263x5393)
June 23, San Rafael. ICE Out Of Marin met to solidify their strategy for the TRUTH Act Forum with the County Board of Supervisor scheduled for July 9.

The TRUTH Act requires that City Councils and Boards of Supervisors in California hold at least one community forum per year if the Police or Sheriff’s department allowed ICE to access at least one individual in their custody in the previous year.

While enjoying some success in pressuring both the Board of Supervisors and the Sheriff, ICE Out Of Marin feels it has still a long way to go.

Among the demands to the Board of Supervisors are:

1. Use your authority to pass a Sanctuary County Ordinance that would end deportations in Marin.

2. Set a goal to end deportations in Marin by decreasing the number of people turned over to ICE to zero, and update the County Racial Equity Plan to include immigrant justice.

4. Establish a community oversight committee over the Marin County Sheriff’s Office, using your Sec. §25303 (Supervision of all County officers) power.

Attendees studied sheriff's data on notifications to ICE regarding detainees' release date so that, upon release, ICE could appear to rearrest the detainee. This could happen regardless whether or not the detainee had been convicted of any current crime and hidden from anyone expecting the release.

While the Sheriff has complied with eleven out of 60 ICE requests for release date information, to ICE Out of Marin, the only acceptable number is zero.

The meeting also discussed points to be made at the Forum, additional reach-out to other groups and coordination and participation with the Marin Rapid Response Network. 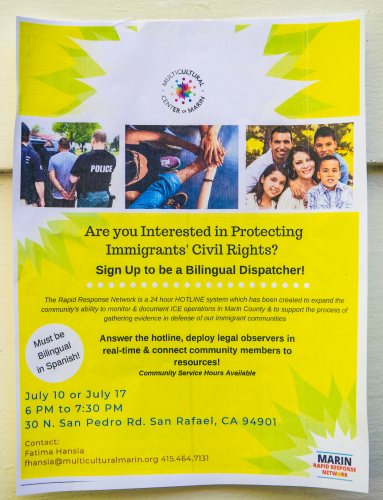 original image (4101x5350)
Add Your Comments
Support Independent Media
We are 100% volunteer and depend on your participation to sustain our efforts!