Add an Event
Newswire
Calendar
Features
Home
Donate
From the Open-Publishing Calendar
From the Open-Publishing Newswire
Indybay Feature
Publish to Newswire
Add an Event
Related Categories: U.S. | Immigrant Rights
Trump to launch military-style immigration raids nationwide this weekend
by Eric London (WSWS Repost)
Saturday Jun 22nd, 2019 7:03 AM
The Trump administration is intentionally seeking to inflame a mood of terror among immigrant workers and their families and friends. Press leaks suggest that Immigration and Customs Enforcement (ICE) will launch a military-style round-up of undocumented immigrants in 10 major US cities Sunday-- including San Francisco. 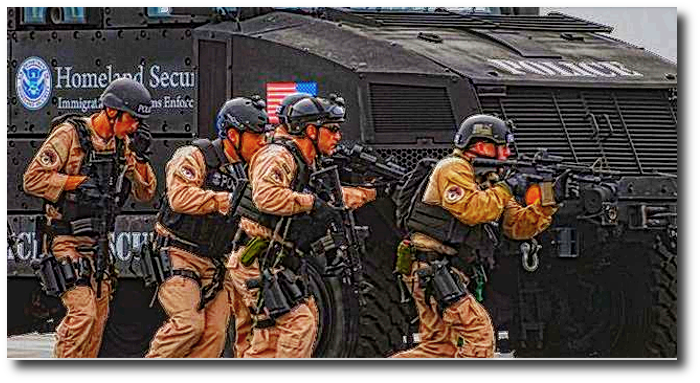 Through leaks to the Washington Post, the Trump administration announced yesterday that Immigration and Customs Enforcement (ICE) will launch a national, military-style operation in 10 major US cities beginning in the dark of night this coming Sunday morning to arrest and deport some 2,000 immigrant families.

The scale and brutal impact of the assault, which ICE and the Department of Homeland Security (DHS) named “Family Op,” will likely be without precedent.

If the nationally coordinated raids take place as announced, scenes reminiscent of Nazi Germany will be playing out on the streets of ten American cities this weekend. Those cities reportedly include Chicago, Los Angeles, Miami, Houston, New Orleans, Denver, San Francisco, Atlanta, and Baltimore.


Thousands of agents, armed to the teeth, will fan into working class neighborhoods in vans and armored vehicles. They will break down doors, set up checkpoints to search cars and buses, pry parents from the arms of their children, and send them to internment camps. Those ultimately deported will be sent back to the war zones and impoverished homelands from which they fled.

By announcing the move ahead of time, the Trump administration is intentionally seeking to inflame a mood of terror among immigrant workers and their families and friends. Many will doubtless go into hiding.

Tens of thousands of workers will show up to work on Monday to discover vacancies on the assembly line and on the shop floor as a result of Sunday morning’s sweep. Students will not answer roll call because they have been sent to a camp where education is now banned. Many immigrants will be eating family dinners on Saturday night without knowing whether it is their last meal together.

On June 17, Trump tweeted, “Next week ICE will begin the process of removing the millions of illegal aliens who have illicitly found their way into the United States. They will be removed as fast as they come in.”

Friday’s announcement indicates that Trump is not bluffing.

On June 18, ICE Acting Director Mark Morgan told reporters in response to Trump’s tweet: "If you're here illegally, then you should be removed. And in this case, that includes families."

The raids are a sign that Trump is seeking to prop up his crisis-ridden administration with police terror and appeals to his fascist base, which includes the tens of thousands of agents in ICE and Customs and Border Protection (CBP).

The announcement comes days after Trump officially launched his 2020 election bid at an Orlando, Florida rally on June 18 amid chants of “USA! USA!”

The national raids take place as Trump is increasingly advancing dictatorial forms of rule. Hours after the raids were announced Friday, Trump posted a haunting video on Twitter featuring signs for “Trump 2048” and “Trump 4EVA,” insinuating that he will make himself president for life. In two weeks, Trump plans to address a Fourth of July rally to promote his personalist, nationalist strategy.

The immigration crackdown features as a central element of this strategy, with the details to be worked out by Trump’s fascistic advisor Stephen Miller. CNN reports that this weekend’s mass raids are “a plan months in the making.” Former DHS Director Kirstjen Nielsen, who implemented the separation of parents from their children in 2018, reportedly was forced out of the administration in part over concerns that the now-scheduled raids were too extreme.

The military-style mass raids are an attack against the democratic rights of the entire population, regardless of immigration status.

This weekend, if the raids are carried out, the Bill of Rights will be trampled underfoot by thousands of agents violating the Fourth Amendment’s proscription on unreasonable searches and seizures. Many immigrants will be caught up as “collateral” to those targeted for deportation.

The administration is specifically targeting immigrants who never had a court hearing and were ordered removed “in absentia,” in most cases because they never received adequate notice that they were supposed to be in court.

The same dictatorial methods used against immigrants are being used against Wikileaks publisher Julian Assange, the victim of an international conspiracy by the intelligence agencies of the US, UK, Ecuador and Sweden. He faces extradition to the US where the government has threatened him with 170 years in prison for “illegally” publishing documents proving the US was committing war crimes in its wars in the Middle East.

There is an element of provocation in the administration’s announcement previewing the mass raids. It is possible that violence may take place in the course of such a large-scale operation. Aggressive early morning SWAT-style raids are intended to provoke hysteria and reaction. If there are instances of physical resistance to the raids, the Trump administration will no doubt use any altercations to justify further violence on an even greater and more brutal scale.

The Democratic Party and corporate media has sought to downplay the raids, with article after article in the Democratic Party-aligned press explaining how Trump was merely bluffing when he called for deporting “millions” of people beginning this week. Immediately after Trump first issued his threat, the New York Times published an article titled, “ICE Signals Mass Immigration Arrests, but Not the ‘Millions’ Trump Promised.”

The Democratic Party is terrified that Trump’s fascistic provocation will generate mass opposition among tens of millions of Americans who view the attack on immigrants as a mark of shame on US history akin to the internment of the Japanese and Japanese-Americans during World War Two and the hunting down of runaway slaves and freedmen in the lead-up to the Civil War. The Obama administration deported nearly 3 million immigrants.

Trump’s fascistic threats are amplified by the growing danger of a US war on Iran. If the US initiates a war, not only will police raids intensify against “foreigners,” but they will also be used to openly criminalize opposition to war and support for socialism.

The Socialist Equality Party calls for the broadest mobilization of workers and young people against the raids, an end to all deportations, open borders and free travel to all immigrants worldwide. 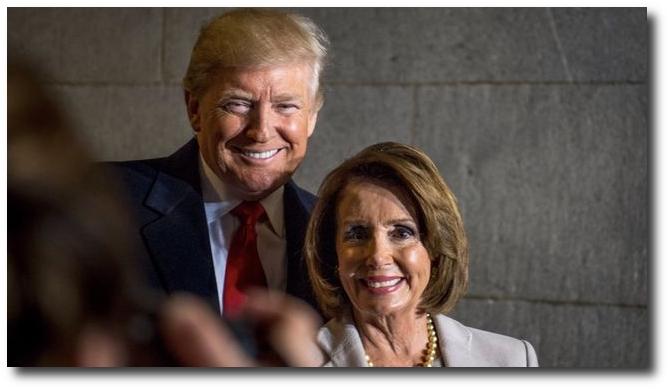 Patrick Martin at the WSWS updates this story:

President Trump’s temporary postponement of mass deportation raids by Immigration and Customs Enforcement (ICE) agents—originally set to begin Sunday—has been hailed as a victory by congressional Democrats. But the two-week delay is intended, as Trump declared in a tweet, to enlist the Democrats as his partners in the ongoing repression of undocumented immigrants.
Add Your Comments
LATEST COMMENTS ABOUT THIS ARTICLE
Listed below are the latest comments about this post.
These comments are submitted anonymously by website visitors.