The US & Global Fight Against Privatization & Outsourcing

The destruction of our public services and privatization of public education is a serious issue for all working people. The US Post Office, Social Security, the FAA, NRC, and many other Federal and State agencies are threatened with privatization and outsourcing.

In San Francisco, the privatization of SF City jobs and the outsourcing of public jobs at UCSF and UC is an ongoing battle for workers and their unions.

This conference will discuss how workers from all public service unions can come together for education and a national political education campaign to stop privatization and outsourcing.
This is not just a US issue but a critical issue as well for working people throughout the world. The world corporate economic institutions, including the IMF and World Bank, both controlled by the US government, have demanded that countries privatize their public services and deregulate their economies in order to get loans.

This conference will have reports on privatization and outsourcing in San Francisco, the US, and around the world.

https://laborfest.net/event/the-us-global-fight-against-privatization-outsourcing/
END_OF_DOCUMENT_TOKEN_TO_BE_REPLACED
Added to the calendar on Tue, Jun 18, 2019 10:57PM
Add Your Comments
Comments (Hide Comments)
§It’s Time To Unite Our Struggles and Link Up Internationally
by Sacramento Chapter, Labor Council for Latin 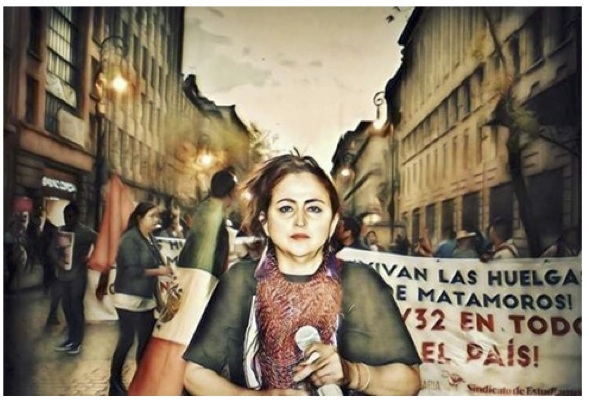 It’s Time To Unite Our Struggles and Link Up Internationally

In Mexico — under the NAFTA "free trade" agreement signed in 1994 by the United States, Canada and Mexico — the 1,500-plus maquiladora factories along the U.S. border corridor have been used to outsource jobs from the United States to slave-labor wages and working conditions. NAFTA has also promoted the transfer of U.S. jobs to the agricultural valleys in Baja California, where 70,000 farm workers and their families — picking fruits and vegetables for Driscoll's, among other U.S. corporations — try to survive on $7 dollars a day.

The mass strike wave — the largest in recent Mexican history, involving 36,000 workers — in the border-factory city of Matamoros (state of Tamaulipas, across from Brownsville, Texas) has been an important example in recent years of the fightback by the Mexican working class against this "free trade" corporate agenda.

The strike wave began in January 2019 to demand the 20% wage increase promised by newly elected president Andrés Manuel López Obrador, as well as the 32,000 pesos [US$1,600] end-of-year bonus also promised to the workers. More than 36,000 maquiladora workers participated in the strikes.

During the afternoon session of the conference — at 1 pm — we will hear from Susana Prieto Terrazas, the main strike organizer in Matamoros, and Joel Ramirez, another strike leader, who have been fighting for living wages and for independent unions. Their newly formed independent union — the Sindicato Nacional Independiente de Industrias y de Servicios Movimiento 20/32, or National Independent Union of Industries and Services, 20/32 Movement — was just recognized by the Mexican government on June 27, a historic victory for workers in the maquiladora industry.

Prieto Terrazas and Ramirez will be joined on the program by two rank-and-file workers from the Rockwell Automation maquiladora factory in the border city of Tecate, in Baja California. Four workers at their plant have been fired for protesting the abysmal working conditions and low wages, and for urging their co-workers to join the new independent union that was formed in Matamoros out of the 20/32 Movement. The Rockwell workers are urging labor-rights supporters internationally to call on the governor of Baja California, Mexico's new Labor secretary, and the Rockwell Corp. to ensure the reinstatement of these workers at the Rockwell plant, and to respect their right to join the trade union of their choice.

The conference will also discuss how workers from all public service unions can come together for education and a national/international political education campaign to stop privatization and outsourcing — particularly to stop the new U.S.- Mexico-Canada (USMCA) agreement — and to close the concentration camps along the Mexican border and tear down the Wall of Shame.

The U.S. economic attacks (NAFTA/CAFTA) and military attacks on the people of Mexico and Central America have led to a mass migration of families and children who have now been incarcerated in concentration camps at our border. The militarization of the border is directly related to these economic policies.

This is not just a U.S. issue; it is also a critical issue for working people throughout the world. The world corporate economic and financial institutions, including the IMF and World Bank, to which the U.S. government is beholden, have demanded that countries privatize their public services and deregulate their economies in order to get loans. NAFTA, and now the USMCA or NAFTA. 2.0, is another continuing attack on working people in the U.S., Mexico and Canada.

Sponsored by UPWA.info;; and Binational Campaign Against "Free Trade," Privatization and Deportations