Add an Event
Newswire
Calendar
Features
Home
Donate
From the Open-Publishing Calendar
From the Open-Publishing Newswire
Indybay Feature
Publish to Newswire
Add an Event
Related Categories: California | Central Valley | East Bay | Peninsula | Santa Cruz Indymedia | U.S. | Environment & Forest Defense
90,000 Comments Submitted Opposing Plan for New Drilling and Fracking on Public Lands
by Los Padres ForestWatch
Monday Jun 17th, 2019 4:55 PM
Monday, June 10 marked the end of the second and final public comment period on the Trump administration’s plan to open more than 1 million acres of public land and mineral estate across the central coast region to new oil drilling and fracking. The 45 day period, which opened with the release of the Bureau of Land Management’s (BLM) Draft Supplemental Environmental Impact Statement, a study of the impacts that fracking would have on in the lease plan area, was the shortest allowed by the National Environmental Policy Act (NEPA). 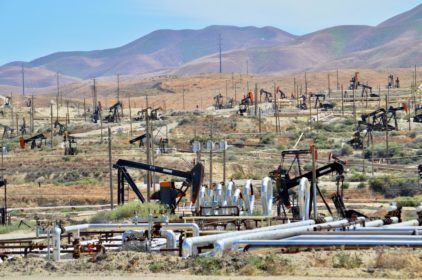 The BLM hosted three public meetings to give the public another forum to speak out about the plan. Each of the meetings, held in Bakersfield, San Luis Obispo, and Santa Barbara respectively, attracted over 150 area residents and began with a short introduction followed by remarks from the public. The BLM did not record or otherwise enter any of the comments into the project documents, nor did they provide Spanish translation.

During the initial public comment period in August of 2018, according to the BLM’s report, the agency ignored most of the 8,000 letters it received in response to its scoping document, claiming that it found them neither unique nor substantive. An overwhelming majority of the comments, over 99%, were opposed to the BLM’s plan to open lands on or near national forests, parks and monuments, state, county and city parks, lakes, reservoirs, and rivers, along the Pacific Crest Trail, and on school campuses. It also made no changes to its plan, based on technical comments submitted by scientists, physicians, property owners, and environmental groups.

When the BLM counted thousands of letters that were similar as one, ForestWatch employed a new technology that would, by asking a series of questions, help the public compose comments that were unique to that individual’s concerns. “We were one of the first organizations to make broad use of the platform—it was pretty exciting, but also challenging to come up with the kinds of questions that would coax out the kind of information and personal experience that would compose a meaningful comment,” said Rebecca August, Public Lands Advocate with LPFW. ForestWatch also had postcards printed for those who didn’t have access to preferred to write on paper.

“In all, as an organization, we produced a lower number of comments than we did during the first comment period,” August said. “Maybe taking the time to answer the questions turned some people off. What’s certain is the higher quality of the comments. They will be a lot harder for the BLM to discount.”

On the final day of the final comment period, ForestWatch joined the Center for Biological Diversity, Sierra Club California, the Central Coast Environmental Justice Network, Clean Water Action California, and Friends of the Earth in delivering over 90,000 comments to the BLM’s Bakersfield Field Office, the office that oversees the planning region and conducted the study.

Activists gathered for a rally, then a smaller group went into the BLM office to deliver the comments. They asked for the planning director, whom they had contacted in advance to arrange for the delivery, to accept and sign for receipt of the boxes. When she declined to come out, the receptionist agreed to write up a receipt for the time, date, and the number of comments received, with a promise that the project manager would eventually receive them.

The BLM will review and respond to public comments and is expected to release its final supplemental Environmental Impact Statement at the end of the summer.

Ever since a small group of local forest advocates gathered around a picnic table in 2004, ForestWatch has served as a powerful advocate for our region’s wildlife habitats and wilderness landscapes. With thousands of supporters, ForestWatch is leading the charge to protect and restore the forests, chaparral, grasslands, rivers, wildlife, and wilderness along California’s Central Coast. We are the only organization focused solely on protecting our region’s public lands, from the famed Big Sur coastline, to San Luis Obispo’s Santa Lucia Range and the Carrizo Plain National Monument, to the rugged backcountry of Santa Barbara and Ventura counties.

By effectively combining legal advocacy, scientific collaboration, and community outreach with innovative strategy and field work, we have built a solid track record of protecting these wild places—more than 88,000 acres of them in fact. In addition, more than 1,000 ForestWatch volunteers have helped us restore degraded wildlife habitat throughout the forest. Whether you care about wild forests, free-flowing rivers, untrammeled chaparral, or the creatures that inhabit these beautiful places, ForestWatch will continue to ensure that they have a voice.
https://lpfw.org/
§
by Los Padres ForestWatch Monday Jun 17th, 2019 4:55 PM 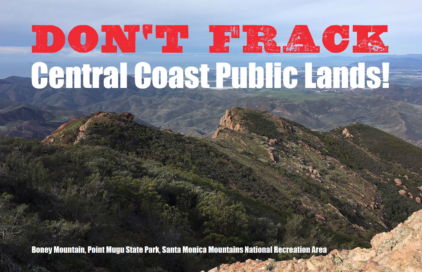 https://lpfw.org/
Add Your Comments
Support Independent Media
We are 100% volunteer and depend on your participation to sustain our efforts!