Add an Event
Newswire
Calendar
Features
Home
Donate
From the Open-Publishing Calendar
From the Open-Publishing Newswire
Indybay Feature
Publish to Newswire
Add an Event
Related Categories: North Coast | Environment & Forest Defense | Police State & Prisons
Pre-Dawn Arrests at Spectacular Mono-pod Blockade on Rainbow Ridge, Mattole
by kp (bach [at] headwaterspreserve.org)
Monday Jun 17th, 2019 10:36 AM
A 40' mono pod with a sitter was erected early this morning at the main gate on the logging road on Rainbow Ridge in the Mattole Forest. About 20 people were there by about 4 am in this very remote area. Once security and law enforcement showed up (in force), several people were arrested, after being thrown to the ground without notice. 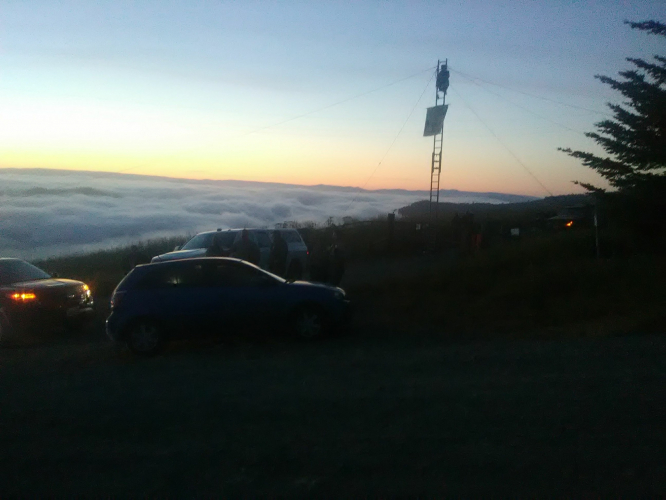 Petrolia, CA—In the predawn darkness this morning, a 40 ft. “mono-pod” blockade structure was erected in the road at the main access gate to controversial logging plans in the Mattole River watershed, and several people on the ground were arrested. Twenty people were on site to protest logging by Humboldt Redwood Co. (HRC) in the Rainbow Ridge area, where HRC first started operations in early June.

At least eight sheriffs’ vehicles arrived and immediately threw several people on the ground and subsequently arrested them, while they were standing on the public access road, ostensibly in a legal area. Lear Asset Management, the private security hired by HRC is also on site. So far reports are that several people were arrested and taken to jail, and there is a sitter in the pod.

Several trucks and heavy equipment have approached the gate and turned around.

The response of community members and activists has been swift and growing since the beginning of June when HRC began a long-controversial logging plan on Rainbow Ridge, prompting a public outcry and direct action protests. On June 8, a tree-sitter ascended a centuries-old tree, avoiding security patrols and drone flyovers, and has remained, despite harassment and serious endangerment by a Lear security climber last week. That hired climber cut down gear and heavy water jugs above the head of the sitter, sending supplies flying to the ground, and confiscated most of their food and water. The demonstration this morning is, in part, in solidarity and support of the tree-sitter, who goes by the name Rook.

On June 10, four septuagenarian local residents were arrested at a civil disobedience blockade at the gate, and now await trial.

One of the arrestees this morning said from jail, “People in the local community and from all over have been putting their bodies on the line to protect this forest for over 20 years, and this action is part of continuing that important legacy. We’re at a crisis point and we can’t just sit back and let corporations destroy the last remaining wild places on the planet. Humboldt Redwood Co. pretends to care about what the community wants, but HRC is acting like the old Maxxam/Pacific Lumber right now. People in this bioregion have a responsibility to make sure these forests remain standing. That’s why I was there today, and why we’re not going to stop.”

Community efforts to protect this coast Douglas fir, oak and madrone forest from industrial logging have been ongoing since the 1990s. These forests are unique and remote, harboring many threatened and rare species. See Lost Coast League for more information.

This logging also shines a light on the marketing of the lumber at outlets like Home Depot, who sell HRC’s forest products as sustainable, despite the heavy use of herbicides and cutting of legacy forests. That sustainable certification is being challenged as well.

For information on the direct action response, see the FB page, Save the Mattole’s Ancient Forests. 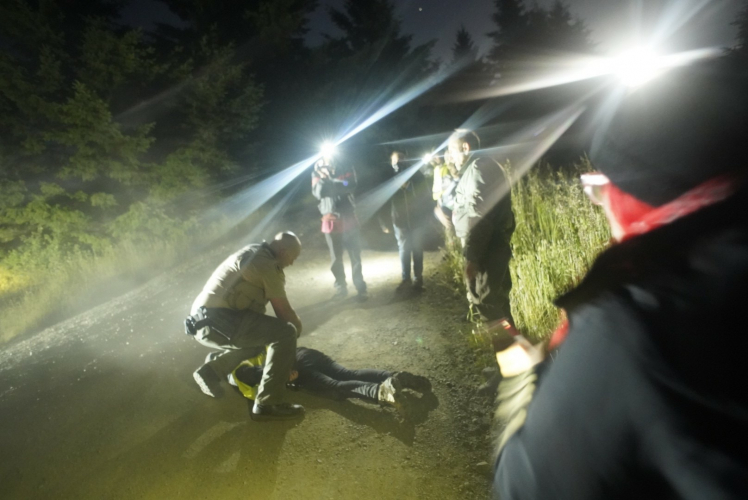 original image (1616x1080)
Assaultive arrests
http://facebook.com/savethemattoleforest
Add Your Comments
Support Independent Media
We are 100% volunteer and depend on your participation to sustain our efforts!