Add an Event
Newswire
Calendar
Features
Home
Donate
From the Open-Publishing Calendar
From the Open-Publishing Newswire
Indybay Feature
Publish to Newswire
Add an Event
Related Categories: Peninsula | Police State & Prisons
In Palo Alto: Masks, Black Clothing, White Flowers in Solidarity with Hong Kong Protesters
by R. Robertson
Sunday Jun 16th, 2019 4:22 AM
Hundreds of local supporters of Hong Kong's recent protests against an extradition law wore black in solidarity at a rally held in Palo Alto. Many wore masks. In addition, rally organizers asked people to bring white flowers to commemorate the death of a man consider to be a martyr in the cause, a 35 year old who committed suicide at the site of a Hong Kong protest. 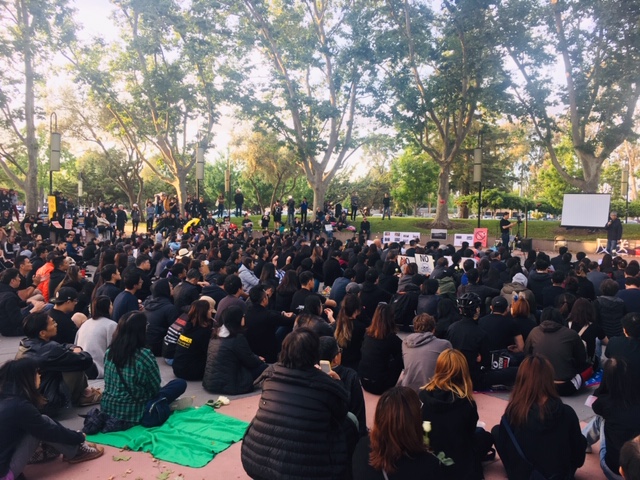 The Northern California Hong Kong Club called for a local rally on June 15th to show support for demonstrators a million strong who took to the streets of Hong Kong over the past week. Protests of a proposed bill, one that many fear would allow political dissidents to be extradited to mainland China, involved injuries from rubber bullets and tear gas dispensed by Hong Kong police.

About 800 people attended the rally held in Palo Alto. Hong Kong and mainland China do not currently have an extradition treaty; speakers at the rally said that although the semi-autonomous enclave’s Chief Executive indefinitely shelved the bill, continued demonstrations are necessary to show that the people of Hong Kong never want to see such a law enacted. A demonstrator in Hong Kong spoke to the Palo Alto crowd live via Skype asking that people appeal to US congressional authorities by signing a petition in support of the people of Hong Kong.

Most of the hundreds listening to speakers wore black to show solidarity with Hong Kong protesters and some wore masks. Nicholas of South Bay Revolutionary Socialists sported a mask and cap and had his collar pulled up revealing the letters BLOC on the back. Asked for his reaction to the speakers, Nicholas laughingly said, “of course I don’t believe that writing to US lawmakers will have any effect.” He said of Hong Kong’s Chief Executive Lam that “she has her personal agenda,” adding that one can assume she is talking with mainland authorities. He said that China today is “not the socialism we want to see,” as it practices state capitalism.

A brief outburst by a disrupter was resolved after a heated discussion was moved away from the gathering. It ended peacefully while local Chinese language television news stations filmed. At the close of the rally the emcee asked that everyone who had taken photos delete faces from them. 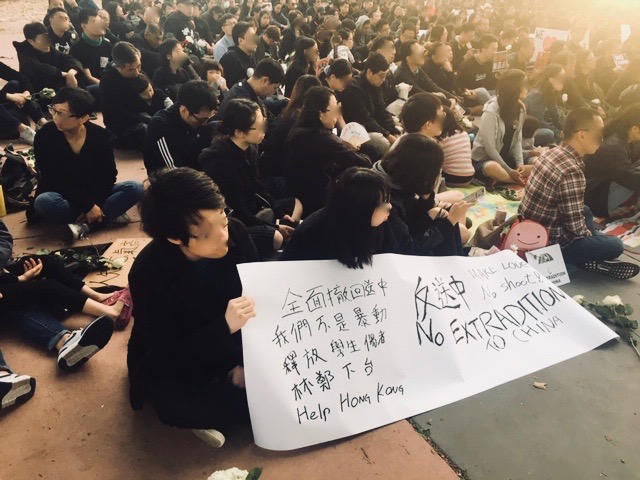 Event organizers asked that no one's face be clear in photos, stating that people who would seek reprisals "are everywhere".
§Flowers to commemorate a victim of suicide considered by many to be a martyr
by R. Robertson Sunday Jun 16th, 2019 4:22 AM 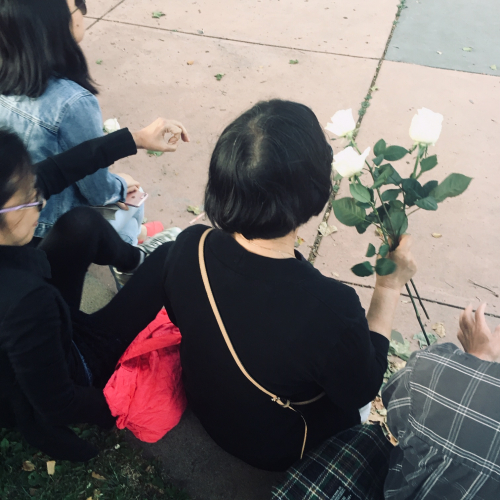 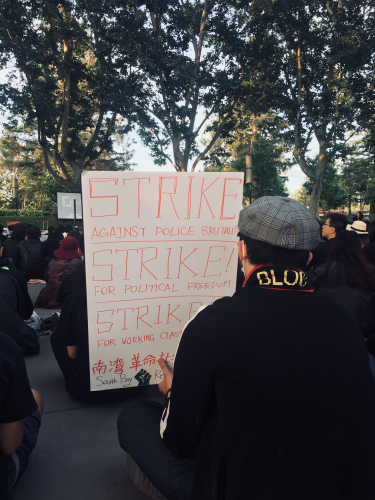 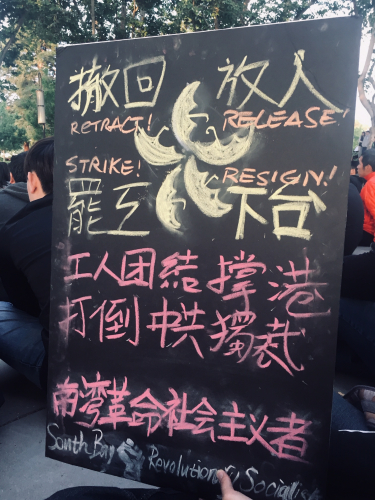 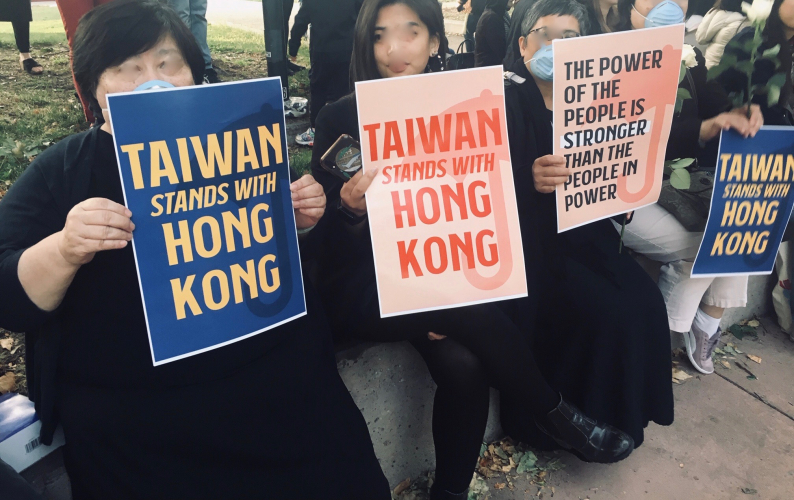 original image (2016x1268)
In East Asia, especially in large cities where people live in close proximity, it is common to see people wear medical masks in public as a way to keep from getting or passing on respiratory infections. In recent decades they are worn because of atmospheric pollution. The masks these women are wearing are similar to ones worn by many Hong Kong protesters to disguise their appearance.
Add Your Comments
LATEST COMMENTS ABOUT THIS ARTICLE
Listed below are the latest comments about this post.
These comments are submitted anonymously by website visitors.