Add an Event
Newswire
Calendar
Features
Home
Donate
From the Open-Publishing Calendar
From the Open-Publishing Newswire
Indybay Feature
Publish to Newswire
Add an Event
Related Categories: California | North Bay / Marin | Santa Cruz Indymedia | Environment & Forest Defense | Health, Housing & Public Services
Pesticide Use Remains Near Record High in California, State Data Shows
by Californians for Pesticide Reform
Thursday Jun 13th, 2019 12:54 PM
Sacramento, CA, June 13, 2019: Pesticide use in California topped two hundred million pounds for the third year in a row in 2017, according to data just released by the California Department of Pesticide Regulation. Included in this total are increases in use of the brain-damaging organophosphate insecticide chlorpyrifos, the soil fumigant chloropicrin, and the cancer-causing fungicides chlorothalonil and mancozeb. Glyphosate, the active ingredient in Monsanto’s blockbuster herbicide Roundup, continues to be among the most widely used pesticides in California.

original image (1180x400)
“These numbers are no cause for celebration,” said Jane Sellen, co-director of the statewide coalition Californians for Pesticide Reform. “Overall pesticide use in California is close to a record high, including some of the worst and most harmful chemicals permitted in our state.”

Use of the neurotoxic insecticide chlorpyrifos was up 5% in 2017 over the prior year, despite assurances by state and county officials that its use was on the wane. This increase is especially troubling as it comes in the very year chlorpyrifos was slated for a federal ban, reversed at the last minute by Trump’s EPA.

Chlorpyrifos is now acknowledged to cause IQ loss and other neurodevelopmental harm in very young children, even at very low exposure levels. It is so harmful the state recently took the unprecedented step of beginning cancellation proceedings, the first time a pesticide has ever been cancelled in California. However, the process will take up to two years, during which time more children will be exposed and will suffer lifelong, irreversible brain harm.

“Chlorpyrifos use actually went up the year it was supposed to be banned. That’s just plain wrong,” said Byanka Santoyo with the Center on Race, Poverty and the Environment in Kern, where more chlorpyrifos is used than any other county.

“It’s a huge relief that Governor Newsom has finally pulled the plug on this horrible chemical, and we can only hope the cancellation process happens as quickly as possible.”

Among the top ten most heavily used pesticides in 2017 are the hazardous, drift-prone soil fumigants 1,3-dichloropropene (#3, known as Telone) and chloropicrin (#5). Use of both chemicals has rapidly increased in the years since the international phase-out of the fumigant methyl bromide took effect in 2005. Telone is a known carcinogen, while chloropicrin is a suspected carcinogen. In 2015 DPR ordered the manufacturers of chloropicrin to do a followup cancer study but due to repeated delays, that study won't be completed until the end of 2021.

Also in the top ten are two glyphosate salts (ranked #7 and #9). Taken together, glyphosate in all forms vaulted to the number 4 position in 2017. It was recently the subject of three large legal awards ranging from $78 million to $2 billion for its links to non-Hodgkin’s lymphoma.

In response to public outcry, a number of schools, cities and counties have moved to ban or restrict use of glyphosate on public land. Most recently, the county of Sonoma voted last week to restrict glyphosate and other synthetic pesticide use on county roads and parks.

In April the city of Watsonville went a step further, banning use of glyphosate on city land entirely - no exceptions. Despite these moves by a growing number of municipalities, cities and counties cannot restrict pesticide use on private or agricultural land because of state preemption, and DPR’s data confirm that use of the Prop. 65 carcinogen is as widespread as ever.

“For years, Monsanto has presented Roundup as harmless, yet now we’re finding out they hid data that showed links to cancer years ago. Besides resistant superweeds, there’s evidence of harm to bees and butterflies,” said Watsonville resident and retired nurse Kathleen Kilpatrick. “I’m happy Watsonville and other cities are eliminating use on public property, but that’s a drop in the bucket compared with use on lawns, landscaping, and crops. We need to look at the big picture to protect human health and the environment.”


Californians for Pesticide Reform is a diverse, statewide coalition of over 190 member groups working to strengthen pesticide policies in California to protect public health and the environment. Member groups include public and children's health advocates, clean air and water groups, health practitioners, environmental justice groups, labor, education, farmers and sustainable agriculture advocates from across the state. 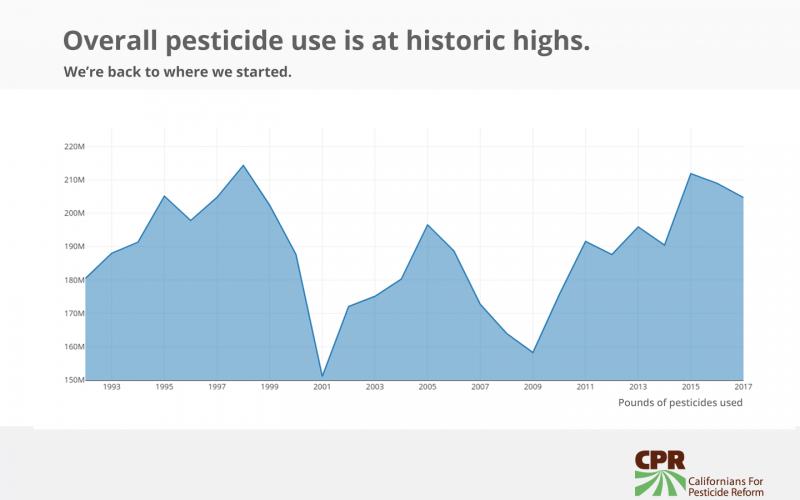 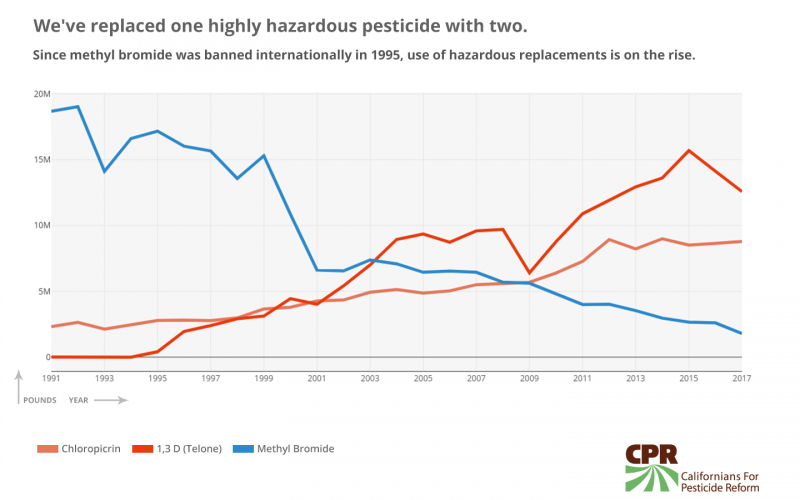 original image (1440x900)
http://www.panna.org/
Add Your Comments
Support Independent Media
We are 100% volunteer and depend on your participation to sustain our efforts!