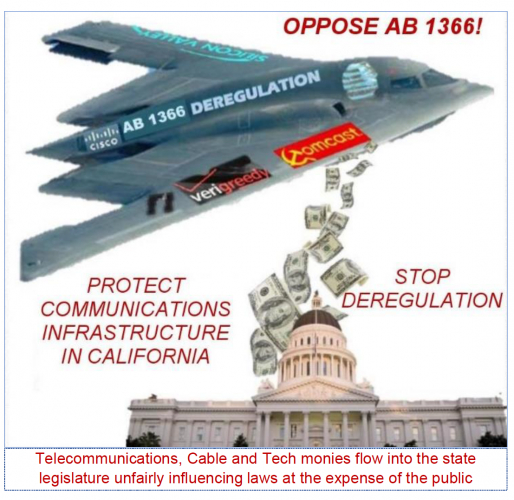 Background: Abusive practices by AT&T and the few providers left in California, are forcing consumers off the traditional landline network, leaving them no choice but to move to VoIP and wireless. These are considered by many to be untested in the face of natural and manmade disasters; there is uncertainty regarding their reliability and effects on health and safety.

AB 1366 would lead to the permanent extension of SB 1161 (2012), which called for the removal of public agency oversight, quality measurements, reports and fines for any communications service that touches the IP (Internet) network. The intent was to force “hands-off the network” by regulatory agencies such as the California Public Utilities Commission.

Without oversight, AT&T, Verizon, Frontier, Comcast and other providers can maximize profits while they deploy evolving, untested services, including 5G and fixed wireless. It comes at the expense of consumers and union jobs, especially for members of the Communications Workers of America, District 9. AT&T recently announced the layoffs of 368 technicians in California; and this is just the start.

AT&T’s “2020 Plan”
The passage of deregulation in 2012, enabled AT&T to declare that by the year 2020 the company would be “all wireless and IP”. Following the Verizon model, they intend to “let the copper die in the ground” and force several million California landline costumers to cell and fixed wireless or VoIP via their data line.

Since the passage of SB 1161 in 2012, the two main California providers, AT&T and Frontier have consistently failed to comply with the regulatory metric for restoral time in 24 hours. The PUC states, “This is a significant service quality measure because it tracks the time that consumers have no telephone service and are unable to contact 911 or emergency services.”

Frequently, in neighborhoods with high rates of low income, ethnic minorities, and families with elderly and disabled, technicians experience requests for landline service while working on a neighbor’s phone. Customers state that when they contact AT&T, they are told that landlines are not available in their area: they are denied the freedom to choose.

Homes including elderly and disabled continue to rely on landlines for services such as health monitoring and 911 location capability; services which are not assured via IP nor wireless services.
Field technicians constantly encounter homes which have been out-of-service for several days or even weeks from the date of the trouble report. Others receive a lower tier priority response because they are not U-verse or a special business service.
Since 2012, AT&T has averaged between 42,000 and 54,000 Customer Trouble Reports with between 50 and 60 percent “off-the-hook” for more than 24 hours.

In 2018, AT&T was assessed fines of $2.2 million for its performance in 2017, but the PUC allowed the company to invest an amount equal to double the fines, or $4.4 million into the outside plant. Despite the commitment to mitigate the causes for poor service, the details appear to be at the discretion of the company.

In 2019, AT&T was assessed fines of $3.7 million for failing to meet the Out of Service metric in 2018. Again, despite having to invest twice the amount, it’s no surprise that a multi-billion-dollar industry can ignore fines and throw techs to the street while leaving consumers off the hook.

The “Digital Divide” Worsens in Central Valley
It is common knowledge that AT&T Mobility cell phone users who do business or travel through rural California, for example on sections of Highway 5, continue to experience loss of connectivity and dropped calls with no alternatives in case of an emergency or urgent family need. This has led to rural consumers preferring Verizon or other services that provide better coverage in their area.

Thousands of consumers in rural areas and sections of inner cities in California have poor network coverage, both wireless and cabled. Despite promises of “up to” 10 or even 100 Mbps, many neighborhoods still experience actual speeds as low as 768 kbps, which is not adequate for applications and HD/DVD quality video streams which require 3 to 5 Mbps.

While AT&T builds advanced technology and fiber-based systems in certain areas, largely minority West Fresno and poor communities such as Mendota and Firebaugh continue to be relegated to inferior copper-based network infrastructure.
Under AB 1366, California’s communications services put the public at risk:

There is no requirement for timely reporting of IP and wireless outages, problem areas, nor measures for mitigation or restoral of service to California regulatory agencies.

During the fires which have ravaged California in recent years, lives have been lost which were substantially the result of ineffective communications of evacuation orders.

Although AT&T, Verizon, CenturyLink and other nationwide provided have been assessed millions in fines for loss of connectivity, including 911, nothing will bring back those lives.
Recently, AT&T broadband customers in Fresno were out of service for 17 days. The company fumbled the ball, passing the restoral of this vital service from the hands of one supervisor to another until finally calling in a contractor crew.

There was no public apology, explanation nor consequences for the delays in restoral of service because under SB 1161 deregulation, “anything that touches the IP network is not subject to regulation”.

In 2018, telephone communications for a section of the California Highway Patrol in a major Central Valley community were out-of-service for 5 days, as was the campus police department for a community college with over 24,000 students.

WHAT ABOUT THE $21 BILLION TRUMP ADMINISTRATION TAX BREAK?

AT&T promised to create thousands of new jobs as President Donald Trump's tax legislation moved through Congress in 2017 - according to an analysis published by CWA, AT&T has slashed 23,328 jobs since then, including nearly 6,000 in the first quarter of 2019 alone.

Not only did AT&T renege on the promise to spend at least $1 billion in tax savings toward creating 7,000 good jobs for the middle class, they paid out three-quarters of its 2018 profits to shareholder dividends and share buybacks.

*See: https://arstechnica.com/tech-policy/2019/05/att-promised-7000-new-jobs-to-get-tax-break-it-cut-23000-jobs-instead/
For AT&T workers and their families, the road to the “Internet of Things” is paved with broken promises as thousands of employees are laid-off!

Outside field technicians have seen steady cuts in permanent jobs as the industry moves to the 5-G network. Line crews are populated with temporary employees with portions of their work put out to contractors.

JOBSAT&T is leading the field in building the platform of the future, while denying the hard-working men and women who built the existing network, the promised “Jobs of the Future”.

Operator Services and Business/Residential Service Reps jobs are under constant attack through layoffs, movement of work to other locations (which subsequently close) and outsourcing to other states and overseas. Deregulation allows the company to leave customers experiencing unreasonable hold times and dropped calls, forcing them off the landline network.

AT&T Mobility Sales and Service Reps are increasingly moved to performance-based pay and shrinking commissions. The movement to the all IP and wireless network could result in some increase in work for Mobility employees. But this will not guarantee better pay or job security. In fact, it will lead to the erosion of bargaining power as they are left to stand alone against the power of the industry, with no allies across all the other craft titles. Power comes from the support that workers and strong “wall-to-wall” representation provides across the industry.

When customers complain to overwhelmed Operators or Service Reps in overseas call centers, they are sometimes told to go to the AT&T store. As service departments shrink, an increasing number of customers with complaints or questions related to poor VoIP service will impact Mobility services.

Deregulation – also known as “Creative Destruction”
In 2015, President Barack Obama said, “The time has come for the FCC to recognize that broadband service is of the same importance [as the traditional telephone system] and must carry the same obligations as so many of the other vital services do.” He called on the FCC to apply Title II designation to broadband as a “public utility”.

Title II designation would make it subject to oversight, consumer protections and treatment as a vital service for the public’s benefit, not just corporations. That also meant that “Net Neutrality” would be a respected doctrine.

Obama also asked that Title II designation be applied to cellular phones as they have become the sole form of connectivity for many families, particularly in rural, low income and minority communities that have poor communications infrastructure and services.

Along with the announcement regarding the tax break and jobs, AT&T CEO Randall Stephenson said that Title II regulation is "suppressive to investment" and asked the Trump Administration to remove it.

In 2017, AT&T got the tax cut and the Trump administration ordered the FCC to repeal Title II.

What is the response of the Communications Workers of America? CWA fights back!

In 2018 CWA sued AT&T in Austin, Texas and filed a complaint with the National Labor Relations Board to stop “massive layoff” plans targeting thousands of employees as “surplus” and subject to layoff.

In the lawsuit, CWA said, AT&T was "instituting an unprecedented massive layoff of employees represented by the union while at the same time massively subcontracting work that the employees are trained and qualified to perform".

Conclusion: Lives have been lost due to failures in critical communications systems. IP and wireless networks are not ready for exclusive deployment until they can provide the same or better services than landlines to all California residents and in a non-discriminatory manner.

Before the public can transition to the all IP and wireless networks for their vital communications needs, those services must be accessible, affordable, and they must win consumers’ confidence in their reliability. In the event of an outage, there must be measures in place for detection and restoral of service within a reasonable timeframe.

Protection of telecommunications will also require transparency and continued oversight by state agencies and elected officials. Deregulation will block these vital government functions and be detrimental to the public interest and the future of California. This will also require a fully staffed work force of skilled technicians, service reps, operators and others represented by the Communications Workers of America.

*Note: The information and positions stated in this report are solely those of the author and are not meant to represent CWA. For more info: comworkeradvocate [at] gmail.com
§
by Stan Santos Wednesday Jun 12th, 2019 2:42 PM 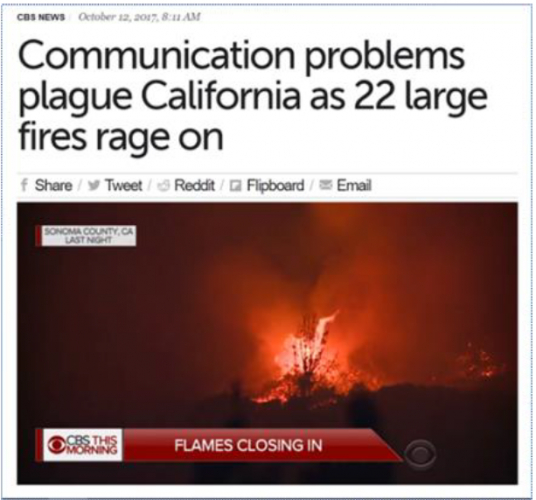 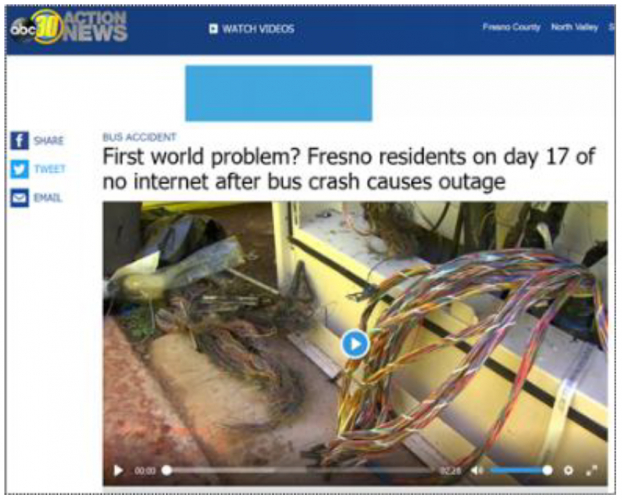 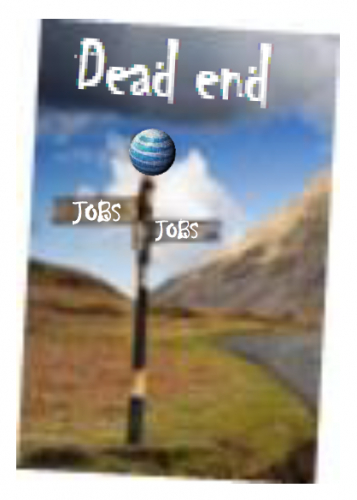 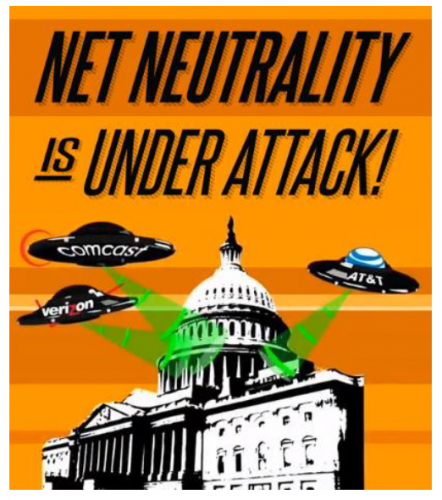 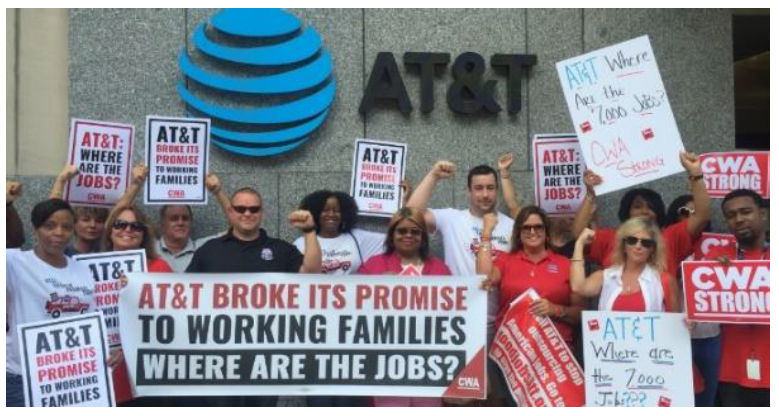