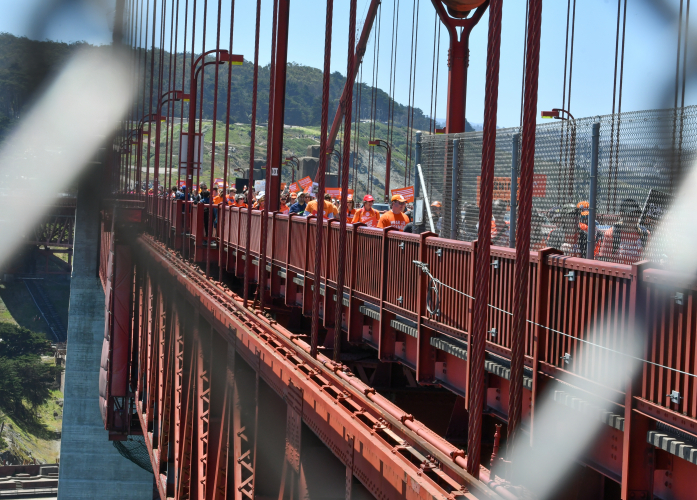 Crossing the bridge in both directions they held orange themed signs and shouted slogans demanding real action to curb the nation's gun culture and violence. Orange was the color Hadiya Pendleton, murdered at the age of fifteen in Chicago, wore and has become the symbol of the gun violence prevention movement.

Assembling at the Golden Gate Bridge's welcome center, hundreds of protesters in orange shirts, hats and bandanas marched on the bridge's walkway to the overlook on the Marin County side where they held a rally. Many cars crossing the bridge honked their approval as they sped by.

At the Marin overlook, protesters holding photos of lost loved ones gathered around the statue of "The Lonely Sailor" and speakers from local gun safety groups spoke of their work and determination to end gun violence.

Fortified by the distribution of organic chocolate chip cookies, the marchers then returned to the San Francisco side for a group photo.
https://kunstena.smugmug.com/Politics/Demo...
§
by Leon Kunstenaar Sunday Jun 9th, 2019 8:26 PM 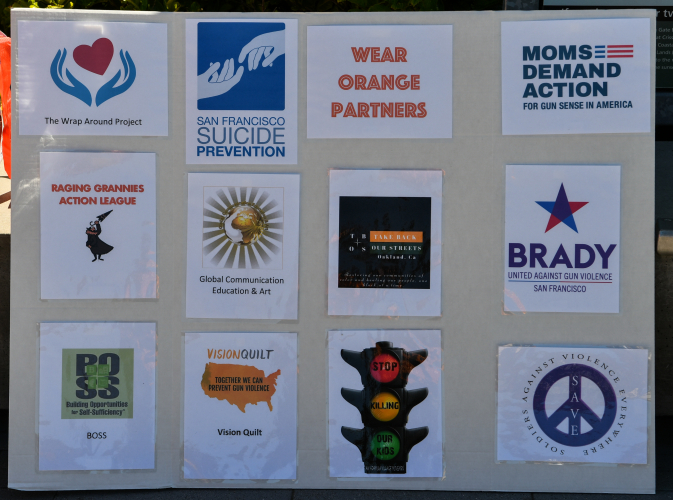 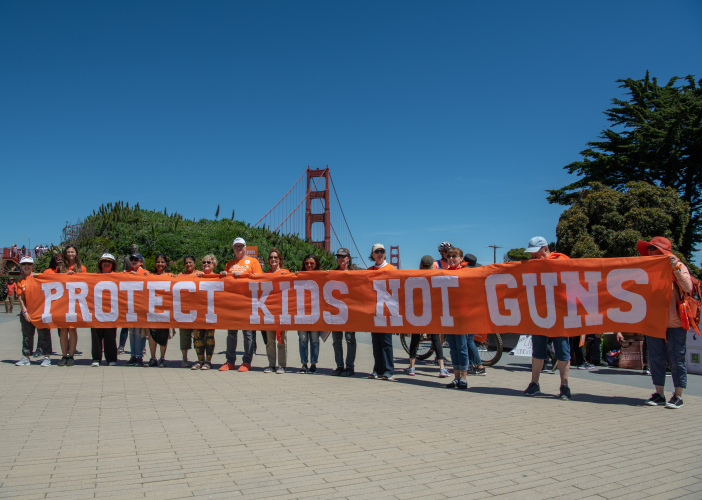 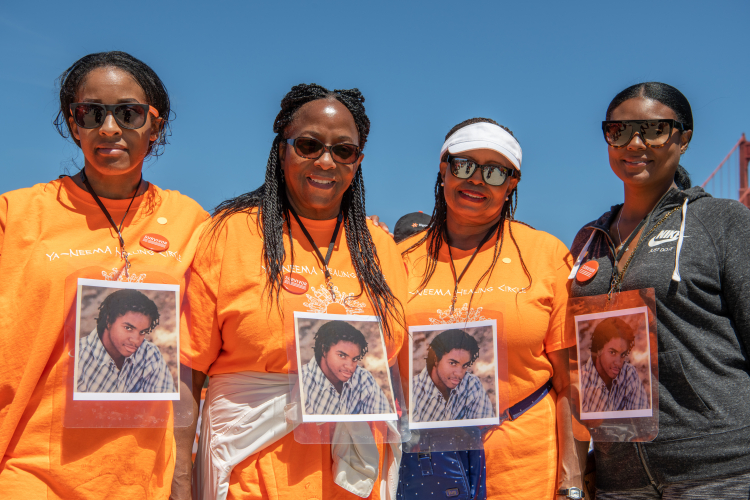 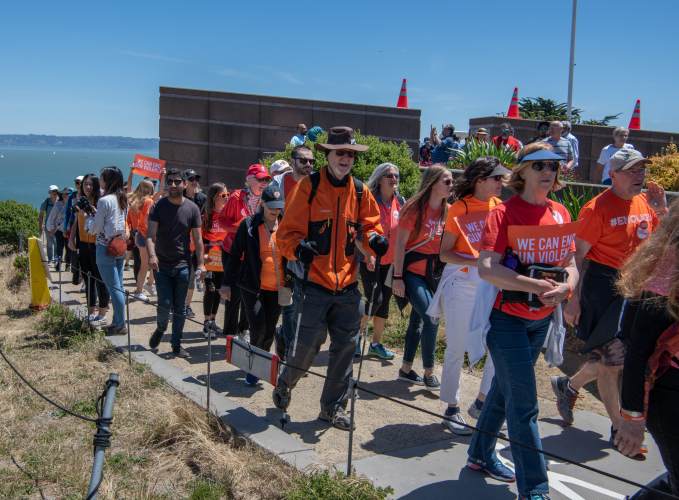 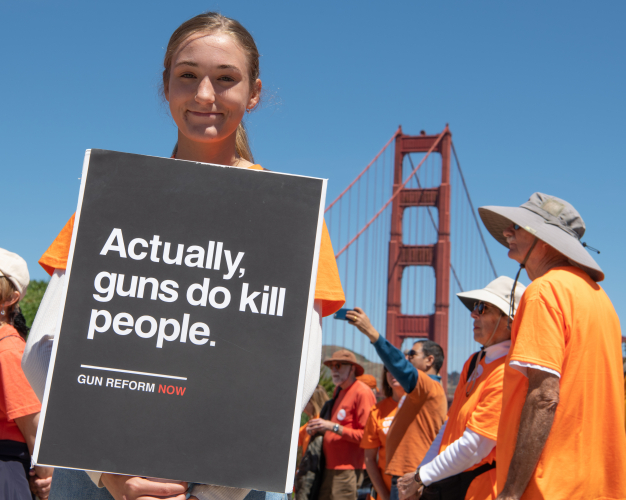 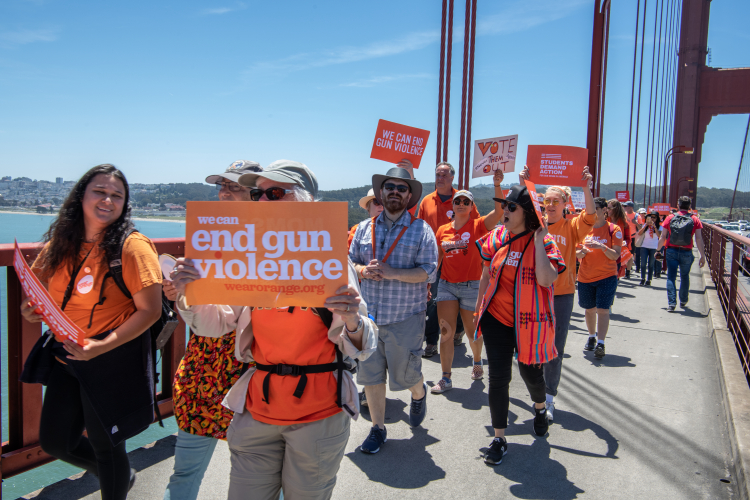 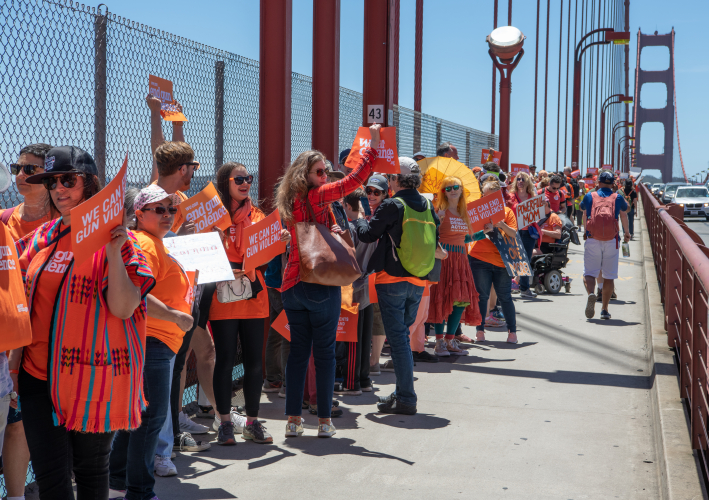 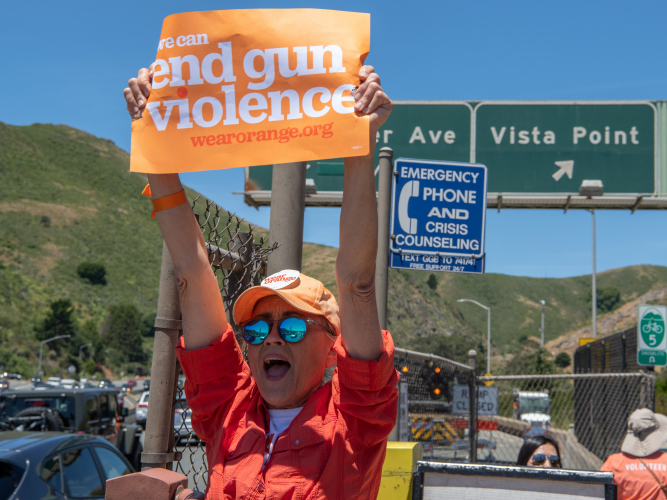 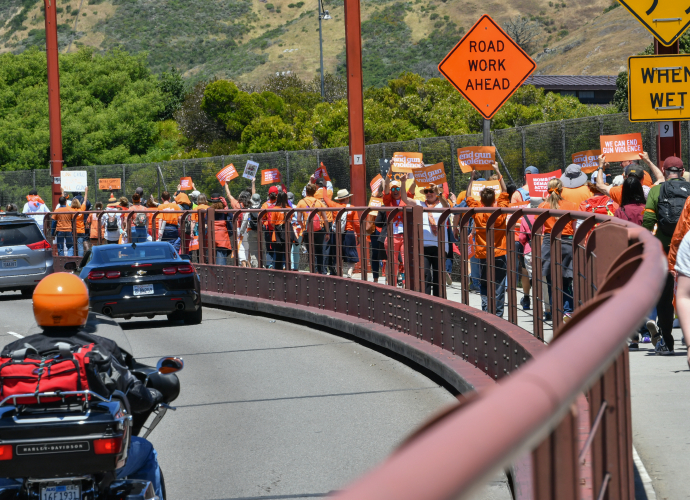 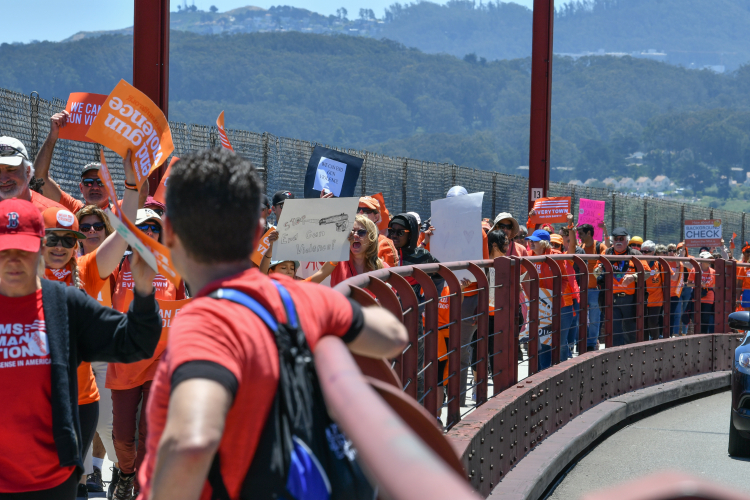 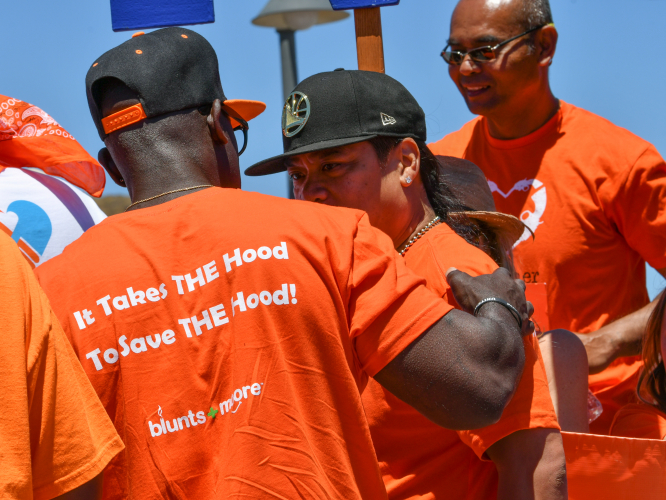 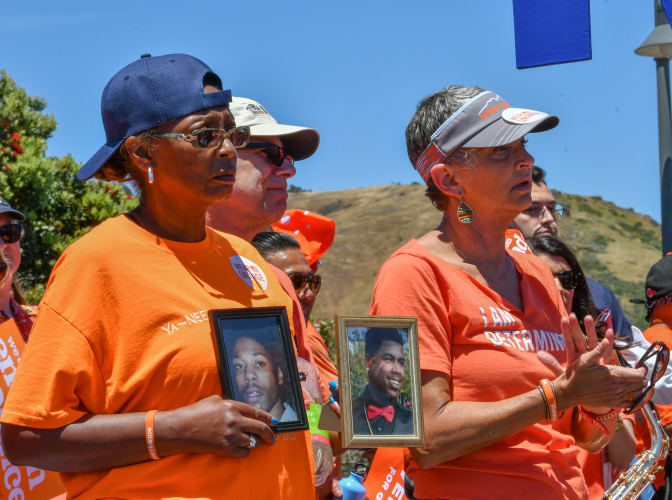 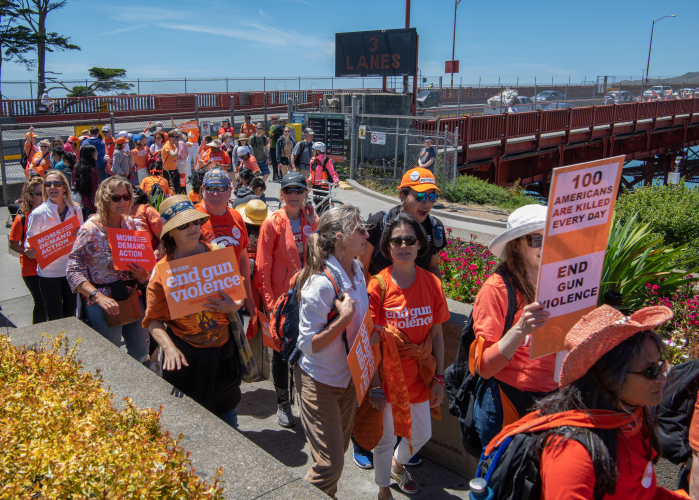 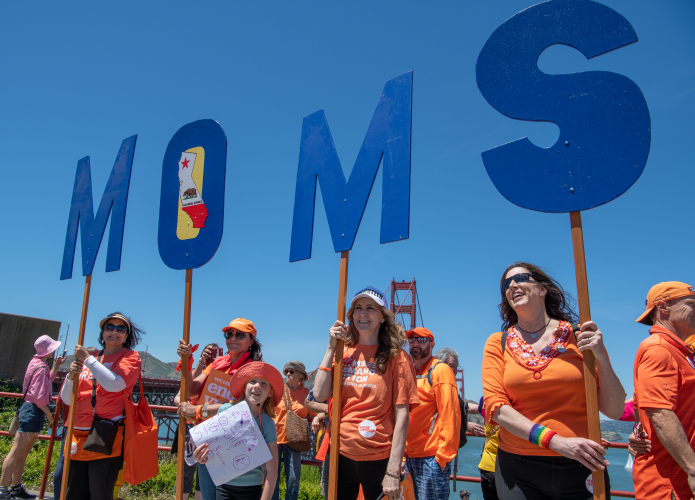 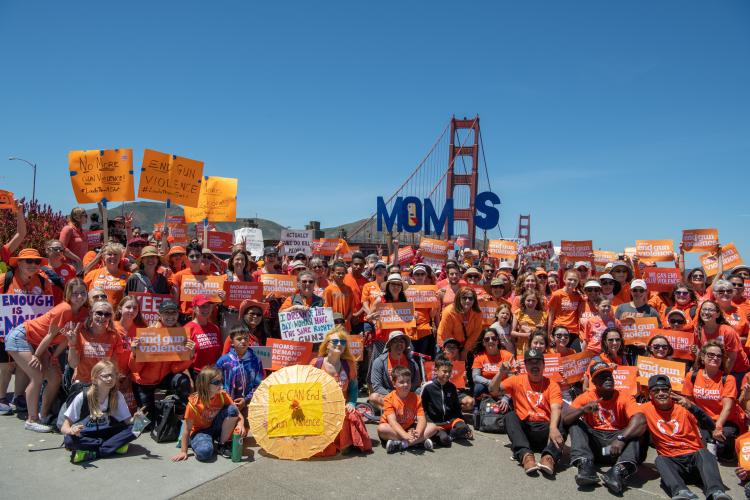 original image (8256x5504)
https://kunstena.smugmug.com/Politics/Demo...
Add Your Comments
LATEST COMMENTS ABOUT THIS ARTICLE
Listed below are the latest comments about this post.
These comments are submitted anonymously by website visitors.