Add an Event
Newswire
Calendar
Features
Home
Donate
From the Open-Publishing Calendar
From the Open-Publishing Newswire
Indybay Feature
Publish to Newswire
Add an Event
Related Categories: U.S. | Media Activism & Independent Media
Why is the Democratic Socialists of America silent on the persecution of Julian Assange?
by Andre Damon (WSWS Repost)
Wednesday May 29th, 2019 10:18 AM
Having been silent about defending Julian Assange and Chelsea Manning, the Democratic Socialists of America is exposed as imperialist and undemocratic. It is not a true socialist party. 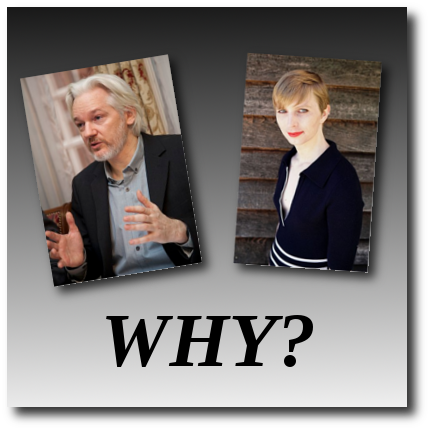 Why is the Democratic Socialists of America silent on the persecution of Julian Assange?

Last Thursday’s announcement by the US Justice Department of espionage charges against Julian Assange has made clear that the Trump administration’s persecution of the WikiLeaks founder is the spearhead of a drive to overturn the First Amendment’s guarantee of speech and press freedom and criminalize genuine journalism.

So brazen is this attack on democratic rights that even newspapers that have supported internet censorship, defended US war crimes, engaged in character assassination against Assange and supported his indictment on hacking charges felt compelled to warn about the dangerous precedent being set by the use of the Espionage Act to prosecute a media outlet for publishing government secrets. These include the New York Times, the Washington Post and the Wall Street Journal, all of which published editorials protesting against the latest charges against Assange.

Yet the Democratic Socialists of America has said nothing. The DSA National Political Committee has issued no statement. The organization’s official publication Left Weekly as well as its affiliated publication Jacobin, along with Jacobin’s publisher Bashkar Sunkara, have remained totally silent about Assange’s indictment under the Espionage Act. They have not so much as tweeted a story reporting the indictment.

The silence of the DSA on the nightmarish persecution of Julian Assange must certainly trouble those members and supporters of the organization who have been led to believe that it is socialist and, therefore, opposed to imperialism and committed to the defense of democratic rights. Why, they must wonder, does the DSA remain silent on the persecution of Julian Assange and Chelsea Manning?

First of all, this is not a political oversight or mistake. On May 17, five days before the new charges were brought, the DSA’s International Committee, an internal caucus of the US organization, signaled its support for Assange’s persecution by demanding that he be made to answer the trumped-up rape allegations by Swedish authorities that originally forced him to seek refuge in the Ecuadorian embassy in London.

In the aftermath of Assange’s brutal extraction from the embassy and transfer to Belmarsh Prison last month, Swedish prosecutors have revived their previously closed investigation as well as their extradition request. It is well known that any transfer of Assange to Sweden would be the prelude to his extradition to the US to face a drumhead trial and life in prison, if not elimination.

In its acquiescence to Assange’s persecution, the DSA typifies the organizations of the middle-class pseudo-left more broadly. International Viewpoint, the publication of the Pabloite International Secretariat, has never written a single article with the word “Assange” in the headline, and has only mentioned him in passing a handful of times. US-based Socialist Alternative has not mentioned Assange’s name in the past year. Britain’s Socialist Worker has demanded that Assange be extradited to Sweden.

How can the response of these organizations, which ranges from silence to open support for Assange’s persecution, be explained? In 2010-2011, when the concocted rape allegations against Assange were first put forward, the middle-class left rallied to his defense. It is “impossible to take the allegations against Assange at face value,” declared Socialist Worker, the publication of the now-defunct International Socialist Organization (ISO). That position was soon abandoned.

By 2012, following the revolutionary uprisings in Tunisia and Egypt and US imperialism’s response—the wars for regime change in Libya and Syria—the ISO had shifted its position. It declared: “[I]t is surely quite possible to take these rape allegations against Assange seriously, and not participate in typical patriarchal denigration of women reporting rape, while at the same time taking the US threat to Assange seriously and supporting efforts to resist that.”

But this proved impossible and the ISO dropped any opposition to Assange’s persecution from 2012 until its dissolution earlier this year.

The pseudo-left’s abandonment of Assange coincided with its support for US imperialist wars in the Middle East and apologetics for Washington’s aggressive moves against Russia and China. Australia’s Socialist Alternative publicly attacked “knee-jerk anti-imperialism.”

In Indefensible: Democracy, Counterrevolution, and the Rhetoric of Anti-Imperialism, published by the ISO’s Haymarket Books, Rohini Hensman denounced Assange’s “affinity to Putin” as part of a broadside against all those, including the International Committee of the Fourth International and journalist John Pilger, who opposed the US regime-change operation in Syria.

While the DSA has remained somewhat more cautious in demanding US intervention in Syria, it has trafficked in the same lies peddled by the CIA and its allies, including the claim that the US-backed Islamist insurgency constituted a “popular revolution.” It has, moreover, supported US claims, since discredited, that the Syrian government used chemical weapons.

The DSA is centering its political activity on promoting the 2020 presidential candidacy of Bernie Sanders, who has repeatedly reaffirmed his commitment to US imperialism. He declared in 2016 that a Sanders presidency would support special operations abroad and “drones, all that and more.”

The Democratic Socialists of America’s silence on Assange makes clear the political implications of their subordination to the Democratic Party. For two years, the Democrats have made Assange their bogeyman, presenting him as the central link in their imagined conspiracy between the Trump White House and the Kremlin.

They identified their loss in the 2016 election—the result of their putting forward a detestable warmonger and Wall Street flack as their candidate—with WikiLeaks’ exposure of the Democratic Party establishment’s efforts to rig the primary election against Sanders and its publication of Clinton’s groveling speeches to Wall Street.

Sunkara and his associates in the DSA leadership know full well that a campaign in defense of Assange would be unacceptable to Bernie Sanders and other phony “progressive” imperialists in the Democratic Party. They also know that the defense of Assange is unacceptable to those segments of the DSA who are committed to identity politics. This is a rightwing milieu that embraced the frameup of Assange on the totally bogus allegations of rape.

The DSA’s support for imperialism and its silence on the persecution of Assange express its essential social character as an organization of the affluent upper-middle class, fundamentally indifferent to basic democratic issues.

The unconditional defense of Julian Assange and Chelsea Manning is a basic class issue and responsibility. Those who try to evade or sabotage this political obligation have nothing whatsoever to do with socialism.

Within the working class, among young people and in sections of the middle class, there is deep and broad support for Assange, as well as for the persecuted and imprisoned whistleblower Chelsea Manning. Millions in the US and around the world see Assange’s exposure of the crimes of the US military as an enormous service to mankind. This support must be mobilized, in opposition to the Democratic Party, to demand freedom for Assange and Manning as part of the struggle against the capitalist system, which is the source of war, social inequality and dictatorship.
https://www.wsws.org/en/articles/2019/05/2...
Add Your Comments
LATEST COMMENTS ABOUT THIS ARTICLE
Listed below are the latest comments about this post.
These comments are submitted anonymously by website visitors.