Add an Event
Newswire
Calendar
Features
Home
Donate
From the Open-Publishing Calendar
From the Open-Publishing Newswire
Indybay Feature
Publish to Newswire
Add an Event
Related Categories: California | Education & Student Activism
Capitol of the 5th largest economic power on earth, Celebrates 2019 Africa Day
by Rudo Kwaramba-Kayombo
Friday May 24th, 2019 9:37 PM
2019 Africa Day in Sacramento, California the capitol city of the 5th largest economy in the world largely ignores expanding California ~ Pan African Global Trade and Investment, by design. Soon come a better way of listening and remembering the ancestors that began the conversation long ago... Who is ready to make 21st century moves that honor their legacy and vision? 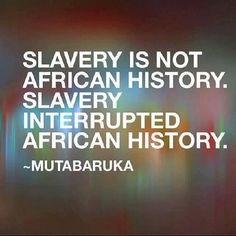 This Africa Day, the continent is at a crossroads

Since the AU’s establishment on May 25 1963 – then called the Organisation of African Unity – Africa Day has been celebrated on the continent and internationally.

Since the AU’s establishment on May 25, 1963 – then called the Organisation of African Unity – Africa Day has been celebrated on the continent and internationally.

This Africa Day it is fitting to reflect on Kwame Nkrumah’s prescient remark “I am not African because I was born in Africa, but because Africa was born in me.” Ghana’s first president, and a founding father of the African Union, was accurate in foretelling the strength of Pan-Africanism today.

Since the AU’s establishment on May 25,1963 – then called the Organisation of African Unity – Africa Day has been celebrated on the continent and internationally. It is a tribute to the achievements made by African leaders over 55 years ago to decolonize the continent and pave the way for a greater Africa on the global stage.

Our forefathers achieved their goal in collapsing the colonial burden on Africa and its people.

By the 1990s, all African countries were sovereign states. Since then the baton has been handed over to the next African generation. Today’s burden is, perhaps, even more fierce: poverty and inequality.

Several challenges face Africa as it struggles to free itself from poverty, including weak healthcare and education systems. However, it is chronic unemployment that makes the task our continent faces more challenging. Today, lack of employment opportunities remains one of the major drivers of poverty and inequality on the continent.

The number of unemployed people in Africa is equivalent to the entire population of Canada. Since 2008, unemployment rates have been rising in Nigeria and South Africa - the two biggest economies in Africa. TIME Magazine’s recent report has shown Africa’s second-biggest economy, South Africa, as the world’s most unequal country. One of the factors driving the poverty and inequality is the lack of employment opportunities.

Statistics South Africa has published a report showing that the number of unemployed people has increased in the first three months in 2019, taking the country’s unemployment rate from 27.1% in the last quarter of 2018 to 27.6% in quarter one of 2019. Youth unemployment is far worse.

To resolve Africa’s unemployment nightmare, our leaders must develop and effectively implement reforms that foster sustainable inclusive economic growth. This requires policies that better match the supply and demand of skilled labour. Attention must also be given to the underemployed youth in fragile and conflict prone areas to help them get more reliable jobs.

To achieve this, leaders must invest in sectors that have high multiplier effects on employment, giving employment to youths in agribusiness, trade services and public works programs.

In fragile zones, they can create a more effective eco-system for helping the transition from vulnerable mixed-livelihoods employment situations towards more stable work. By stimulating opportunities in micro, small and medium business development through improved access to finance, improved business development services and providing tech enabled access to broader opportunities beyond the conflict affected zones.

By 2050, Africa’s youth population is projected to reach 460 million people, six times the size of the youth population of Europe. This demographic shift will be Africa’s biggest challenge, but it also provides its most significant opportunity.

Demographic changes are placing the continent on the brink of what could bring a ‘demographic dividend’ – but only if the right action is taken at the right time. That time is now.

We are at a crossroads, as we celebrate Africa Day. Global and local inaction could lead us down the road of famine and catastrophe. However, the generation that is the continent’s best hope is already being born. For Africa to rid itself from the shackles of poverty, our leaders need to make the right investment, build the right partnerships and implement the right policies.

Africa Day will only be genuinely celebrated when we eradicate poverty. If that happens, the future will be Africa’s, and the benefits will extend far beyond the continent.

Rudo Kwaramba-Kayombo is the Africa Director for the ONE Campaign
Add Your Comments
Support Independent Media
We are 100% volunteer and depend on your participation to sustain our efforts!