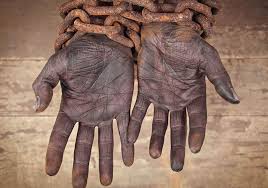 Sacramento, CA ~ The hidden figures of Mexican ~ Pan African empowerment who embraced a California Republic in 1846 at Murphy's Corral, in today's City of Elk Grove to a 1849 reinstating chattel slavery throughout California, remains a missing element to most notions of California Juneteenth Freedom Day celebrations by design.

In 1849, when the California Constitution Convention in Colton Hall, Monterey, former capitol of Mexican Alta California where the transition from Mexican rule to US rule was legally transitioned from Spanish Civil Law to English Common Law, manifest destiny for “white men only” was assured and when the first California State Legislature met in San Jose the hook was set deep that today in 2019 few elected California State Legislative officials care to consider depths of the wicked and evil demonic acts the institution continues to rest upon.

The 31st state to join the Union was solidified with a suite of laws know as the 1850 Compromise that set a clear path towards the US Civil War. The Dred Scott, Supreme Court decision in 1857 sealed the deal stating, enslaved or free, the Black man has no rights the White man is bound to respect.

With no rights, Slavery in California escalated as the California Gold Rush waned and faith based institutions embraced a special brand of chattel slavery cloaked with a suite of “California Apartheid” laws that included Mexican, Chinese, Native American and Pan Africans in turn...

When the newly created California Lincoln Republican Party carried the State of California by only 711 votes over the Breckenridge Democratic Party in the 1860 Presidential Election, it almost split the Golden State.

Rev. Thomas Starr King is given much credit for keeping the State of California together and today his statue joins our “hidden figures” in the Civil War Garden at the California State Capitol. Soon come the rest of the story.

Many cannot consider our very unique California Juneteenth narrative given historical amnesia by those who know and the lack of any inclusive California History in K-12 education that mentions Pan African empowerment during the transition from Mexican to US rule.

June 1865, President Lincoln is 2 months buried and President Jackson orders Maj. Gen. Gordon Granger to secure Galveston Island, Texas and the southwestern border with the Mexico in 1865 as the French are in full retreat, Confederate Soldiers cut off from joining a war like ally for a season.

Today, let us consider an authentic California Juneteenth narrative for the next 170 years that no longer values a manifest destiny “white man only” enslavement and genocide conversation mandated by the original 1849 California State Constitution.

Heaven forbid we consider inclusion for white women and all other residents of the State of California in our celebration of freedom, Juneteenth.