#StopTheBans: Pro-Choice Rallies throughout CA & Across the Nation 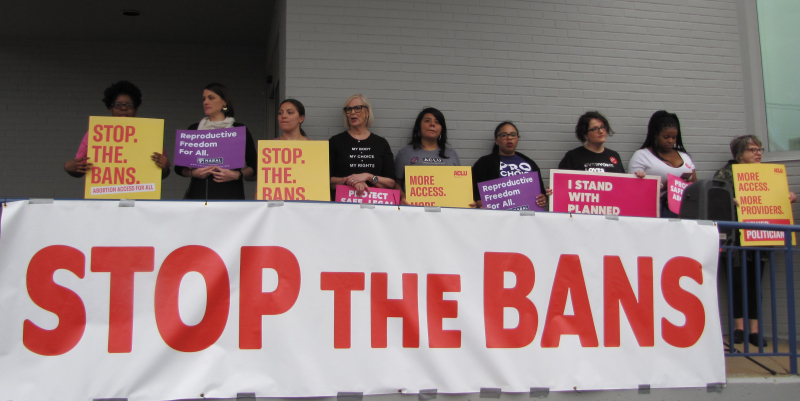 Import event into your personal calendar
Date:
Tuesday, May 21, 2019
Time:
12:00 PM - 12:00 PM
Event Type:
Protest
Organizer/Author:
NARAL & Many Others
Location Details:
Pro-Choice Rallies throughout the San Francisco Bay Area, the State of California, and across the nation.
#StopTheBans Actions

Where: Throughout the SF Bay Area and beyond

Time: Most events are at noon, but times do vary according to location

Find an event near you: https://www.stopabortionbans.org/

Across the country, we are seeing a new wave of extreme bans on abortion, stripping away reproductive freedom and representing an all-out assault on abortion access. This is Trump’s anti-choice movement… and it’s terrifying, particularly for women of color and low-income women who are most affected by these bans.

This Tuesday, May 21st at noon local time at statehouses, town squares, and courthouses across the nation--with other events throughout the week--we will show up to speak out and fight back against this unconstitutional attempt to gut Roe and punish women.

We will show up to speak out and fight back against this unconstitutional attempt to gut Roe and punish women. Politicians shouldn't be making decisions best left to women, their families, and their doctors.

Together we say: Stop the bans.

Plan an action or RSVP to one near you now. We'll send you more information on tips to make the most of your event.

END_OF_DOCUMENT_TOKEN_TO_BE_REPLACED
Added to the calendar on Fri, May 17, 2019 8:19PM
Add Your Comments
Latest Comments
Listed below are the latest comments about this post.
These comments are submitted anonymously by website visitors.
TITLE
AUTHOR
DATE
SF Rally 5/21/19 at 12 Noon at Civic Center
Free Abortion on Demand
Huntsville & Birmingham, Alabama Marched to Stop the Bans
Free Abortion on Demand
Support Independent Media
We are 100% volunteer and depend on your participation to sustain our efforts!