Add an Event
Newswire
Calendar
Features
Home
Donate
From the Open-Publishing Calendar
From the Open-Publishing Newswire
Indybay Feature
Publish to Newswire
Add an Event
Related Categories: Santa Cruz Indymedia | Health, Housing & Public Services
The People from Ross Camp Have Been Dispersed Throughout Santa Cruz
by Keith McHenry
Saturday May 11th, 2019 2:55 PM
Most of the people who made Ross Camp their home have been dispersed throughout the city of Santa Cruz in violation of the Ninth Circuit Federal Court of Appeals ruling in Martin v Boise. 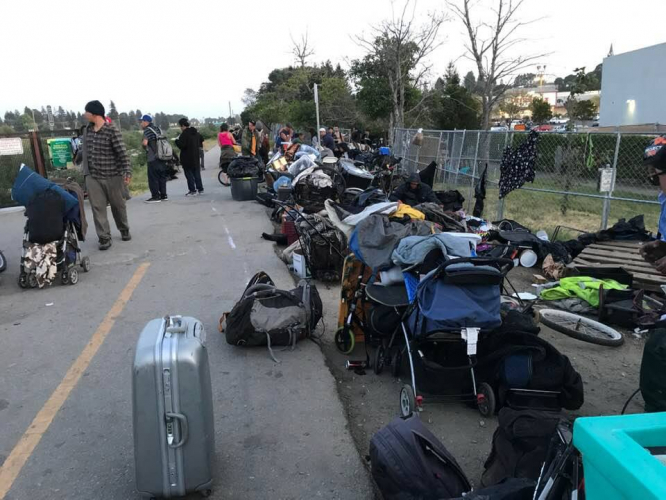 original image (960x720)
Community access to those who once lived behind Ross has been made difficult since there is no central location to provide food, supplies and other survival support.

The community is also denied access to the small group of people living at the temporary two month camp at 1220 River Street.

The people who were provided vouchers for Motel Santa Cruz have also joined those seeking shelter in doorways, parks, and areas along the highways and levee.

People are already scrambling to get shelter in doorways and yards before they are taken by someone else.


THE PEOPLE FROM ROSS CAMP HAVE BEEN DISPERSED THROUGHOUT SANTA CRUZ


Reposted from: https://www.facebook.com/keith.mchenry.fnb/posts/10157046230233820
Add Your Comments
Support Independent Media
We are 100% volunteer and depend on your participation to sustain our efforts!