Add an Event
Newswire
Calendar
Features
Home
Donate
From the Open-Publishing Calendar
From the Open-Publishing Newswire
Indybay Feature
Publish to Newswire
Add an Event
Related Categories: Santa Cruz Indymedia | Environment & Forest Defense
Trump's Oil Drilling Plan Includes Locations in the Santa Cruz Mountains
by Alex Darocy
Saturday May 11th, 2019 1:26 PM
A variety of wooded areas in the Santa Cruz Mountains have been included in the Trump administration's latest plan for new oil drilling on public lands in California. On May 9, the U.S. Bureau of Land Management released the Environmental Impact Statement for the plan to open up oil and gas leasing and development in 725,500 acres of public lands and mineral estates in the Central Coast and the Bay Area. Included in the EIS is what is described as "12.55 acres of public land in the Ramsey Gulch area" in Corralitos, which is near the recently protected Byrne-Milliron Forest. Another location included in the EIS is identified as "40 acres of public land in the Butano Creek area." While there are no active oil and gas fields operating in Santa Cruz County, there are existing oil wells located throughout the entire area. For years environmentalists have shared concerns that wells historically located in Santa Cruz not previously considered viable might still be of interest to those hoping to experiment with fracking and other contemporary extreme oil extraction techniques. 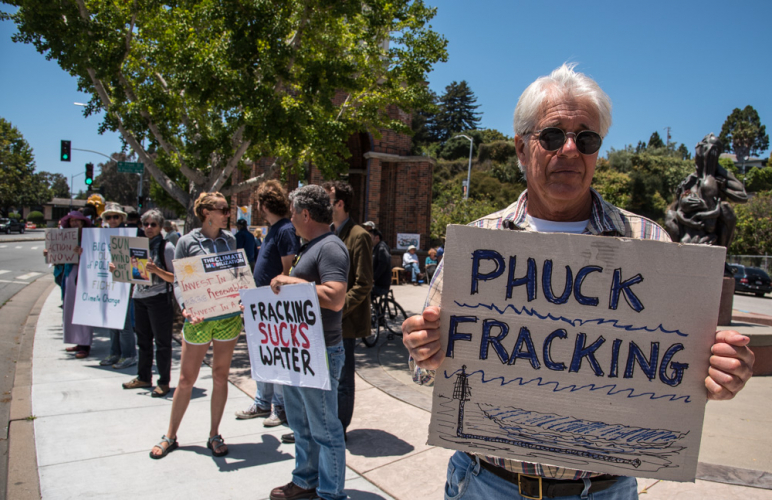 original image (1000x647)
The Cotoni-Coast Dairies properties are mentioned in the EIS as public lands not part of this plan specifically because BLM does not manage the mineral estate underlying the National Monument, but a reference to the future of the area is included:

"The BLM manages approximately 5,600 acres in Santa Cruz County known as the Cotoni-Coast Dairies unit of the California Coastal National Monument but does not have mineral estate rights. While no VRM class has yet been assigned to the Cotoni-Coast Dairies, the management objective for the unit would be managed as VRM Class II, similar to Fort Ord National Monument."

A copy of the EIS is attached to the end of this article.


Written protests of the plan can be made through June 9. For instructions, see:
https://eplanning.blm.gov/epl-front-office/eplanning/planAndProjectSite.do?methodName=dispatchToPatternPage&currentPageId=96879


Top Photo: A community member holds a "Phuck Fracking" sign at the Town Clock in Santa Cruz at the Climate Mobilization Rally in 2015.
https://alexdarocy.blogspot.com/
§The Area Near Ramsey Gulch is Wooded and Pristine
by Alex Darocy Saturday May 11th, 2019 1:26 PM 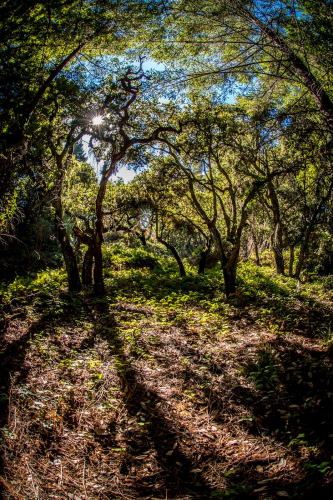 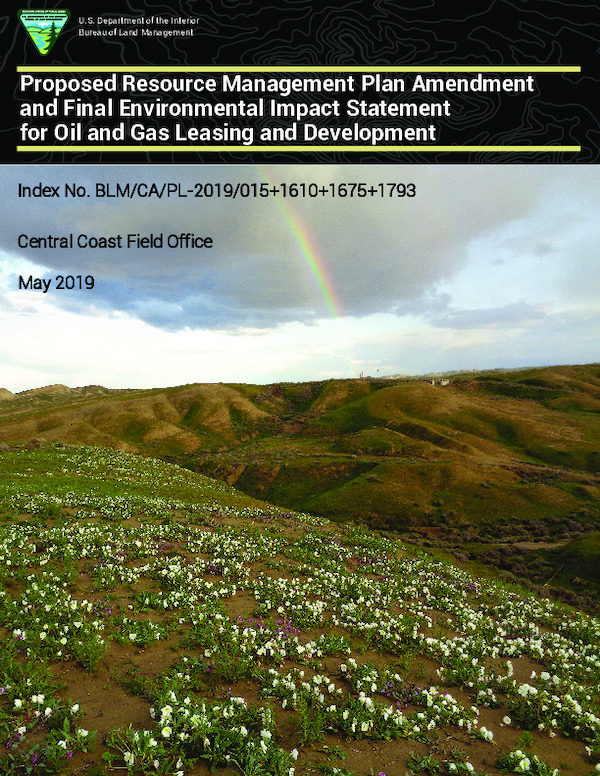 Download PDF (8.5MB)
https://alexdarocy.blogspot.com/
Add Your Comments
Support Independent Media
We are 100% volunteer and depend on your participation to sustain our efforts!