Add an Event
Newswire
Calendar
Features
Home
Donate
From the Open-Publishing Calendar
From the Open-Publishing Newswire
Indybay Feature
Publish to Newswire
Add an Event
Related Categories: International | Animal Liberation
Animal rights activists free 9,000 pheasants and vow to ‘dismantle the shooting industry’
by Animal Liberation Press Office
Wednesday May 8th, 2019 8:24 PM
Over 9,000 pheasants were freed by animal rights activists from a farm in Suffolk as part of their campaign to “dismantle the shooting industry, farm by farm, shoot by shoot”. Suffolk Police confirmed they were investigating the incident at Heath Hatcheries in Mildenhall that happened on the night of Friday, April 19. They said a number of unknown persons cut the fence to access the property, and then broke into the cages “allowing thousands of breeding stock pheasants to escape.” 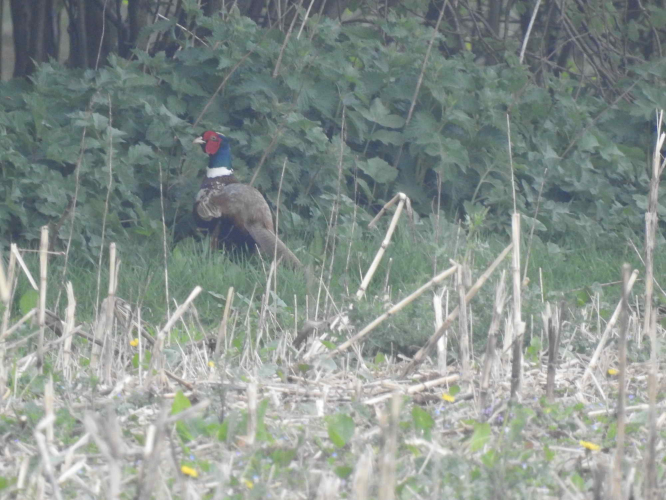 original image (2000x1500)
The Animal Liberation Front (ALF) claimed responsibility for the raid and said on Facebook they put grain down in a clear path to direct the birds towards a nearby forest and away from the road. In the post, they said: “With game farms being targeted across the country, many shoots may well go out of business this year. “We will continue to dismantle the shooting industry, farm by farm, shoot by shoot, until the end.”

The Countryside Alliance said it was “completely unacceptable” and added, “farmers should not have to live in fear”. Tim Bonner, the chief executive of Countryside Alliance told The Times: “This latest attack on a game farm by animal rights extremists is completely unacceptable. “By releasing birds without making provision for them to adapt to the wild many of them will die as a result of these thoughtless and ignorant acts.”

The ALF has claimed responsibility for similar incidents in March where nearly 5,000 pheasants were released from a farm in Wiltshire and around 1,000 escaped from a farm in Bodmin, Cornwall.

Police have appealed for witnesses, anyone with information should [go fuck themselves]

In today’s Times and Daily Mail a story has been published covering the recent liberation of 9,000 birds from Heath Hatcheries in Suffolk.

Stuart Fairhead, 53, managing partner at Heath Hatcheries in Mildenhall, said “From what I read on the [ALF] site they believe they are releasing them to a better life. All they’ve done is condemn them to death.”

The liberation of these birds from breeding pens, gives them their first and potentially only taste of freedom, many would have died before the end of their useful life as breeding stock. Whilst a number of game farms do sell on their breeding stock to shoots, many simply kill the birds and re-stock each year, this is outlined by the chair of the National Gamefarmers Association in an online article.

Nick Pardoe says, “I realise that many shoots will not be interested in taking hens, but I hope that this article has at least informed many that there is a surplus of Ex-Layers and that the numbers are only going to grow. If we are to reduce our dependency on European imports, as many shoots wish us to, then the Ex-Layers need to have somewhere to go.”

So if liberating game farm stock results in their death within hours or maybe days, what is the point? Why would anyone interested in animal welfare/rights/liberation release animals to a shortened life?

The answer is simple, as Mr. Pardoe states “A hen on average will lay 45 eggs suitable for incubation. 32 of these will hatch and 28 will become poults”

So of the 9,000 birds liberated, there would be an expectation that around 8,000 would be hens, producing in total 8,000 x 28 = 224,000 birds which would all be sold on to shooting estates. No doubt people within the industry will say that the birds then have a sporting chance of living as only 37.5% are actually shot.

The image below from GWCT shows the expected life span of a pheasant, only 16% make it to February 1st, more can be found on this link.

When the shooting season ends on February 1st, pheasants are left on estates to fend for themselves, walk round any shooting estate now and you will find that there is no provision for food or water for any of the surviving pheasants.

There is then a simple binary choice for people who are against pheasant shooting with regards to their view on the liberations of pheasants from game farms. Would you rather 9,000 birds died prematurely having had a brief taste of freedom? or would you rather they were kept in pens until they were no longer of commercial value and their 224,000 offspring have gone on to be released and killed?

By releasing these birds, not only do their offspring not reach shoots, but those shoots that have placed orders for poults the previous winter will now have no birds to offer shooters, making their business liable to bankruptcy. We should also keep in mind that each one of these shoots, if they don’t have stock, there is no point in them embarking on their annual slaughter of every predator of poults.

Foxes, badgers, gulls, stoats, buzzards, crows, magpies and numerous other birds and mammals are routinely killed on shooting estates, if those estates don’t have a supply of birds, killing our native predators becomes a costly and pointless exercise. 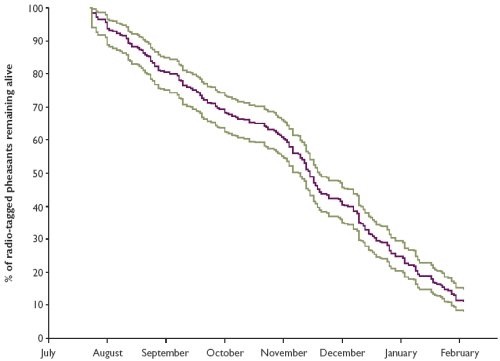 http://www.animalliberationpressoffice.org
Add Your Comments
Support Independent Media
We are 100% volunteer and depend on your participation to sustain our efforts!