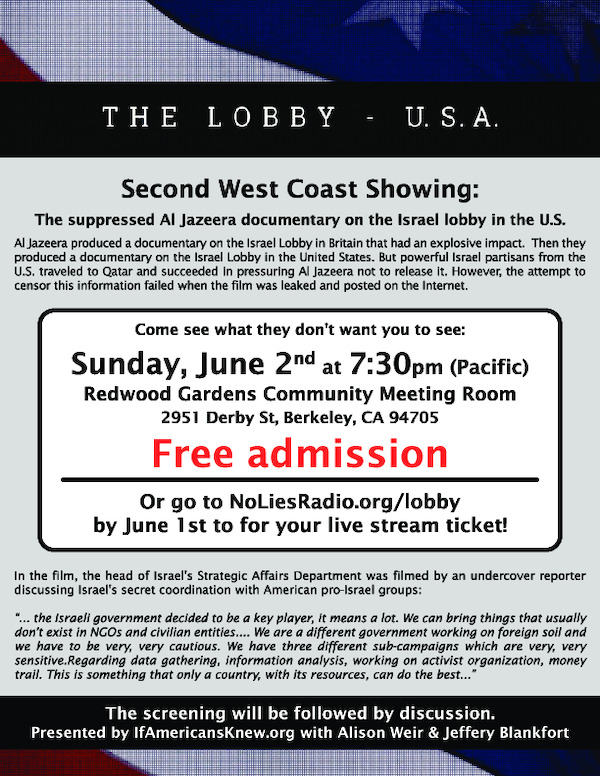 The suppressed Al Jazeera documentary on the Israel lobby in the U.S.

In the film, the head of Israel's Strategic Affairs Department was filmed by an undercover reporter
discussing Israel's secret coordination with American pro-Israel groups:

" ... the Israeli government decided to be a key player, it means a lot. We can bring things that usually
don't exist in NGOs and civilian entities .... We are a different government working on foreign soil and
we have to be very, very cautious. We have three different sub-campaigns which are very, very
sensitive.Regarding data gathering, information analysis, working on activist organization, money
trail. This is something that only a country, with its resources, can do the best..."

1 hour film followed by a discussion

or go to
https://NoLiesRadio.org/lobby
for your live stream ticket

Added to the calendar on Wed, May 8, 2019 4:48PM
Add Your Comments
Support Independent Media
We are 100% volunteer and depend on your participation to sustain our efforts!