Add an Event
Newswire
Calendar
Features
Home
Donate
From the Open-Publishing Calendar
From the Open-Publishing Newswire
Indybay Feature
Related Categories: Central Valley | Drug War
The People’s Dispensary Fresno Cannabis Town Hall
by Peter Maiden
Monday May 6th, 2019 11:41 PM
The Cannabis Town Hall was held at the First Congregational Church in Fresno on May 6, offering perspectives on jobs in the marijuana business, especially for people of color whose communities bore the brunt of the Drug War and who have trouble finding a living wage. 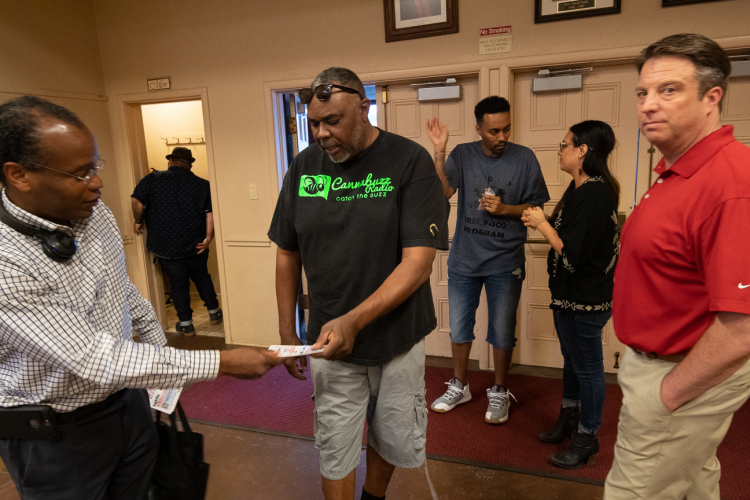 original image (1296x864)
Marijuana regulations and the disbursement of portions of tax revenue are still being worked out by the Mayor and the City Council in Fresno. California’s Proposition 64, which legalized recreational marijuana, gives broad leeway to cities to regulate its sale. There are currently no legal recreational marijuana stores within the city limits.

The Town Hall was put on by The People’s Dispensary, which is a for-profit dispensary in Oakland, with a branch in Portland. While attracting investors and making money selling marijuana, the company has a social justice agenda, in the way Ben and Jerry’s Ice Cream does. This was their first Town Hall. They hope to develop a delivery service to the Fresno area.

Fresno City Councilman Miguel Arias took questions at the Town Hall. He said the cannabis business would bring revenue to the city currently estimated at $8 million a year. Ninety percent of that is slated to fund police and fire services, and ten percent goes back to the community. Arias said he thinks the community share should be fifty percent.

Arias described the regulation of cannabis to be akin to that of gambling, alcohol and adult bookstores. Appearing later, panelist Lanese Martin took issue with that. “I see it as a business like a paper store, or an ice cream shop.” Panelist Dejanae Evins said, “I look around, and I don’t see black and brown businesses, but cannabis can [make that happen].”

The issues that were discussed included the situation of immigrants in the industry (because of federal laws, if they work handling weed they can be deported), and the unionization of marijuana work (the Teamsters are getting involved).

Members of the People’s Dispensary donate ten percent of their profits into community projects, in addition to the amount of their taxes that go there, according to Christine de la Rosa, the People’s Dispensary’s CEO. She was especially encouraging to people wanting to get involved in ancillary businesses related to Cannabis, such as transportation, security, research, etc.

There was agreement that people working towards progressive marijuana business development for people of color should be “in the room” with policymakers. 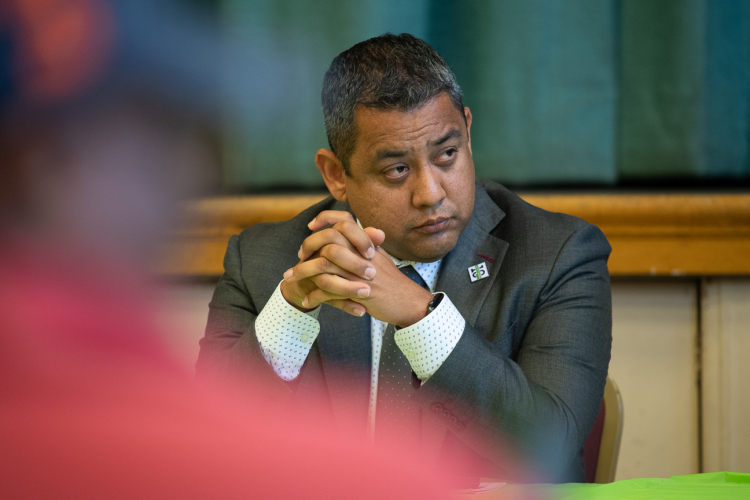 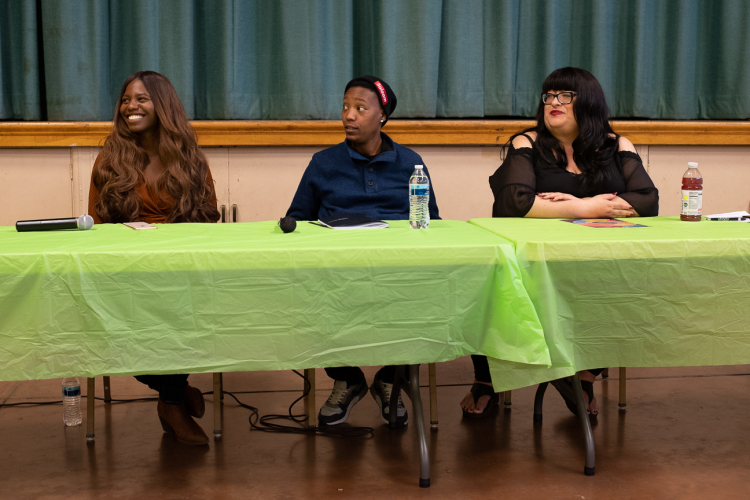 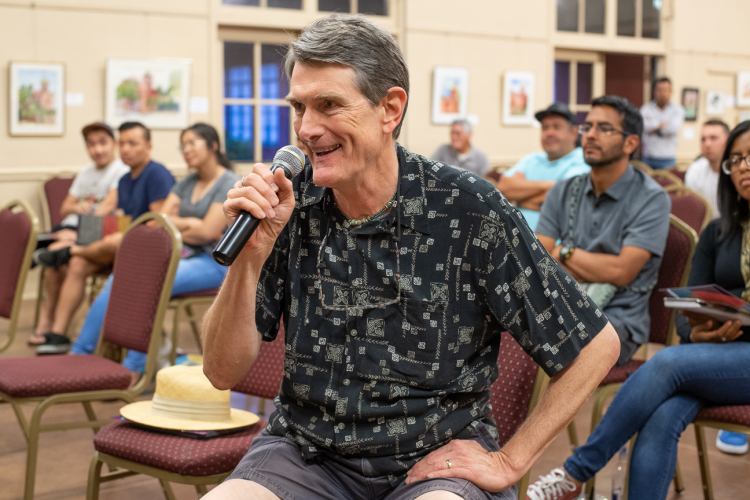