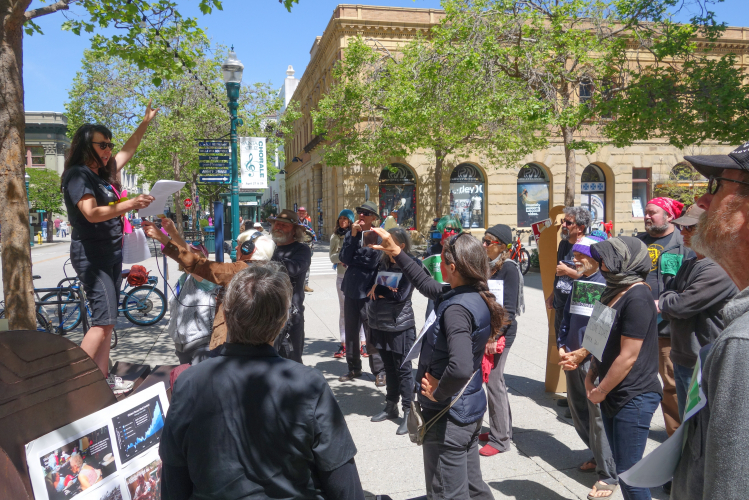 original image (5328x3555)
One sign noted that 1,000 died in Mozambique, Zimbabwe, and Malawi during Cyclone Idai in March 2019. Others featured global insect populations, rainforests, beachfronts, orangutans, and white rhinos in Kenya as their emblems of the rapidly worsening crisis.

Meanwhile, organizers spoke to pedestrians at the adjacent intersection of Pacific Ave. and Cooper St. and also handed out fliers explaining the action.

The "die-in" was part of a global “climate rebellion” called by the new British climate movement Extinction Rebellion. Disruptive actions took place in more than 100 cities across over 30 countries this week, including a blockade in central London by thousands of people, which brought much of the city to a halt.

Here in the Monterey Bay, “the sea stars have died, the kelp beds have died, and sea urchins are “going through feast and famine,” they wrote. “If kelp dies, urchins die, otters die... eventually we die.”

They also noted that the climate crisis is actually far more dire than mainstream discourse acknowledges. For example, the Oct. 2018 United Nations Intergovernmental Panel on Climate Change (IPCC) report that set a deadline of 2030 for industrial civilization to undertake a massive transition away from fossil fuels.

“The IPCC report is extremely conservative and growing obsolete day by day as new reports from the Arctic come in,” they stated. “We DO NOT have 12 years.”

The die-in was only the beginning. “We are moving quickly, but soon there will be room for all talents and skills” in this rapidly-growing movement, the announcement said.
§
by will parrish Saturday Apr 27th, 2019 8:04 PM 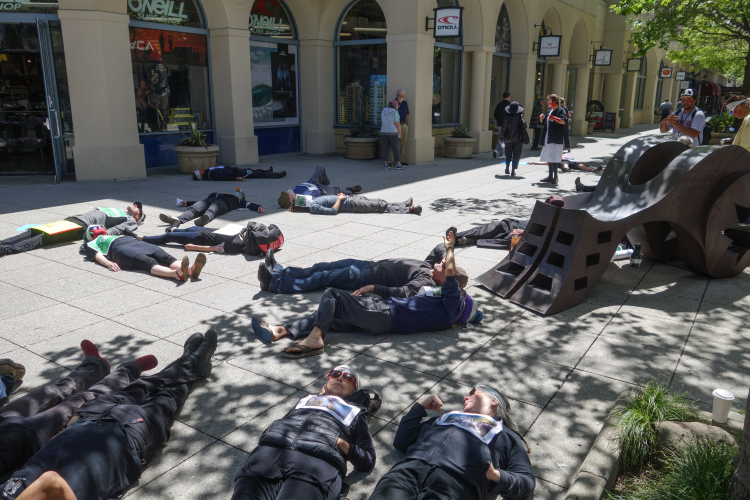 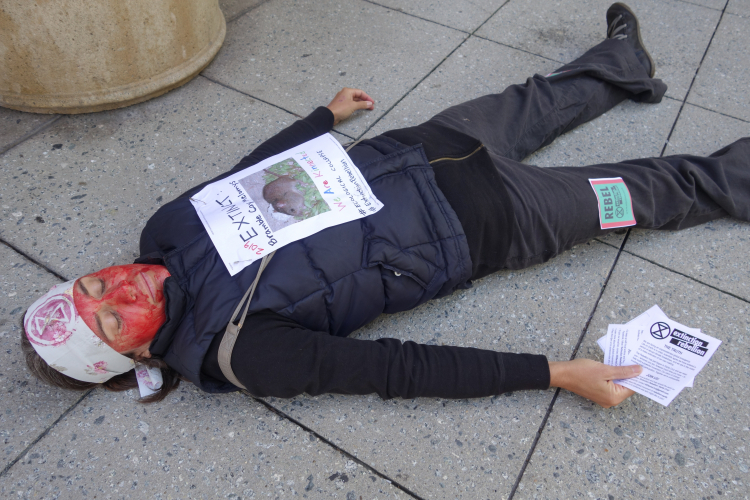 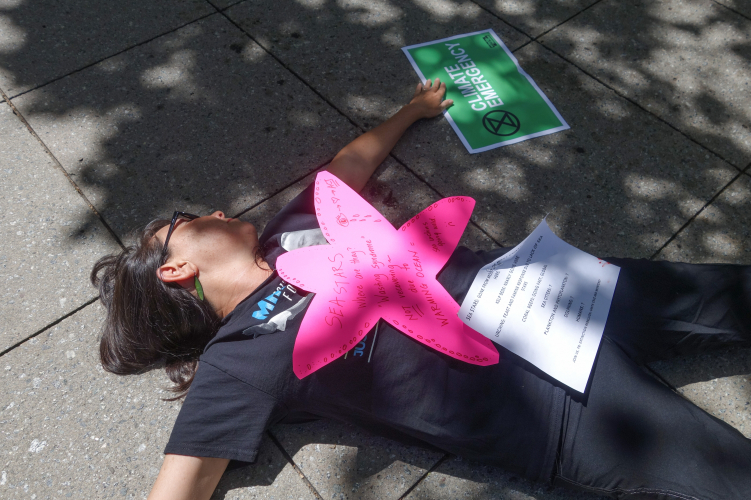 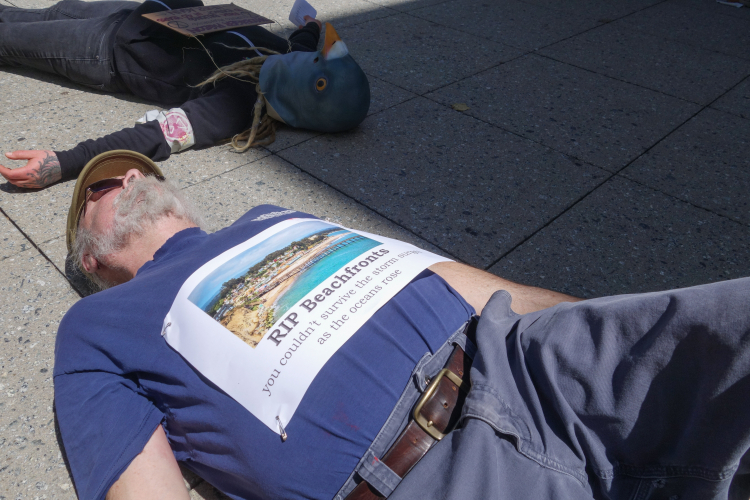 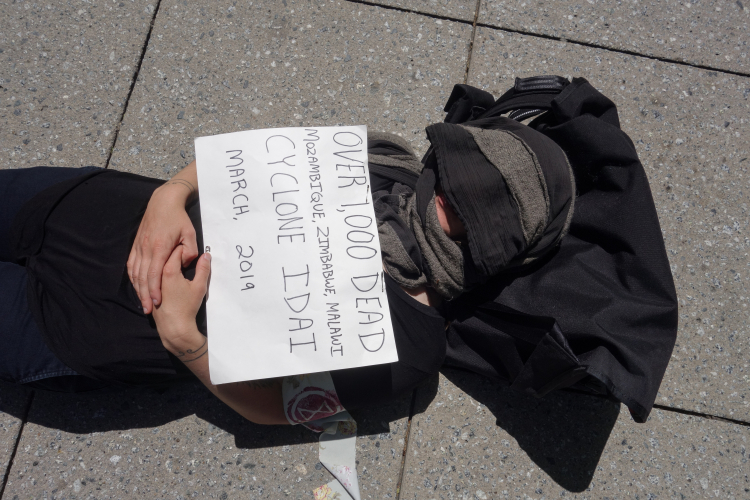 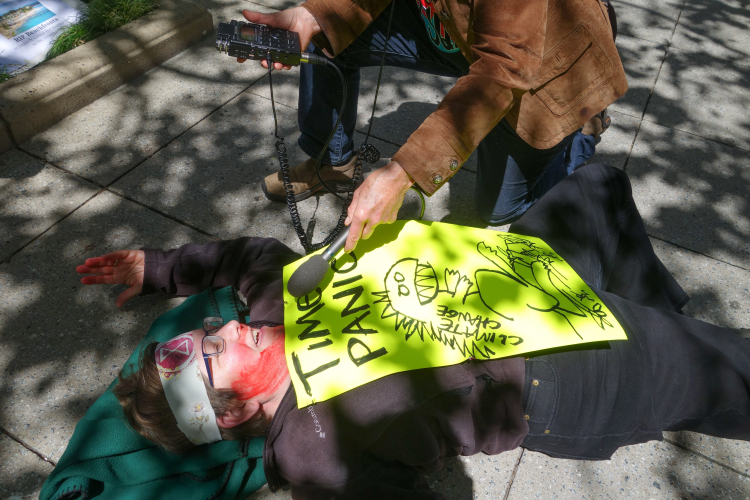 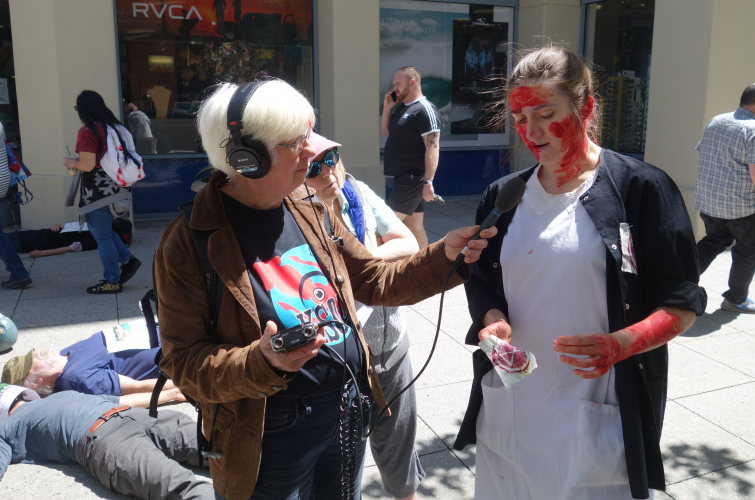 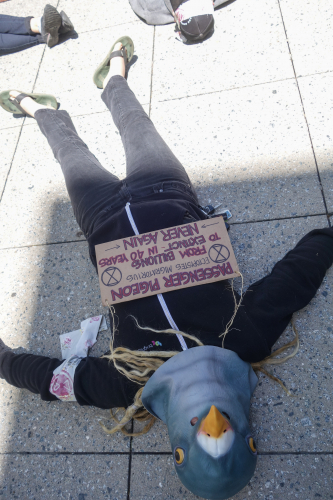 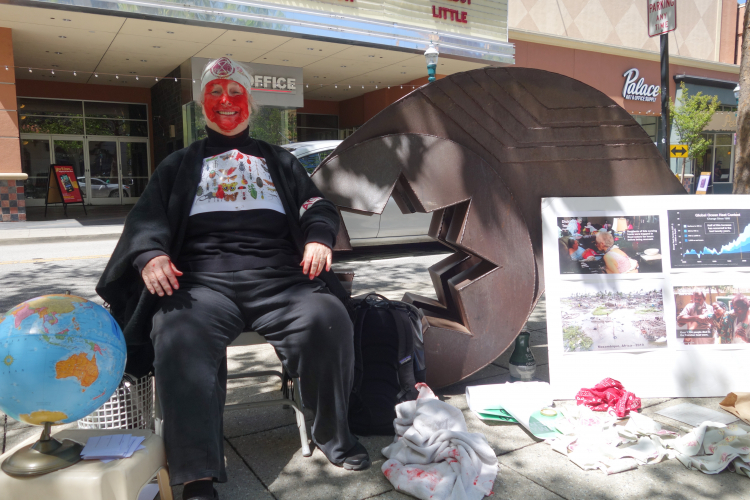 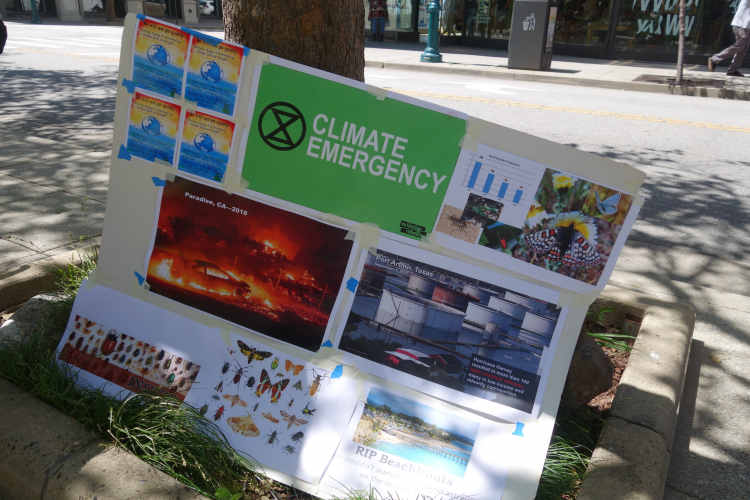 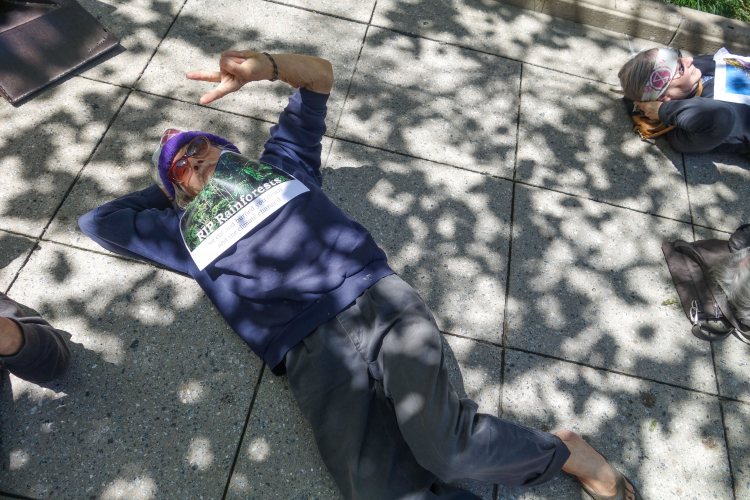 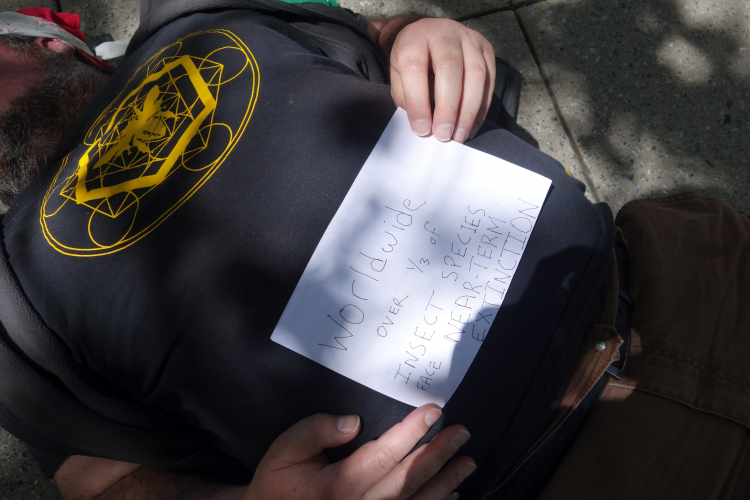 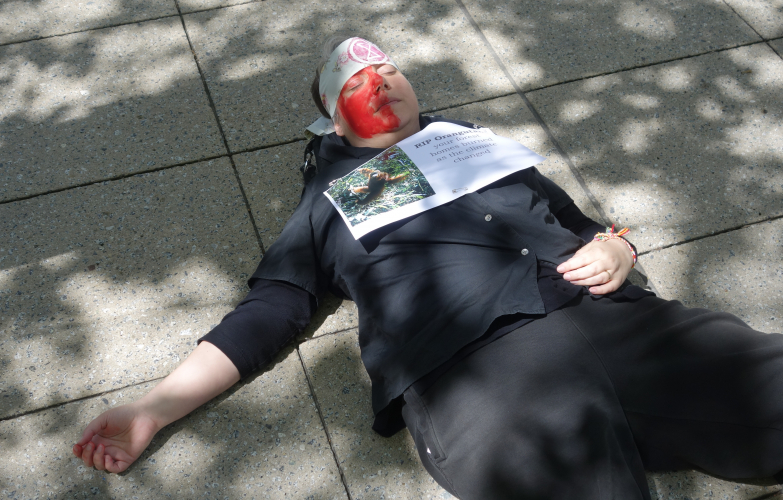 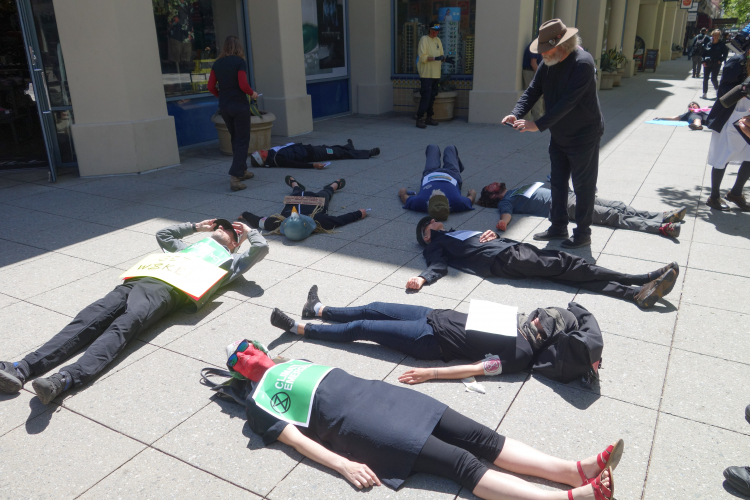 original image (5472x3648)
Add Your Comments
LATEST COMMENTS ABOUT THIS ARTICLE
Listed below are the latest comments about this post.
These comments are submitted anonymously by website visitors.