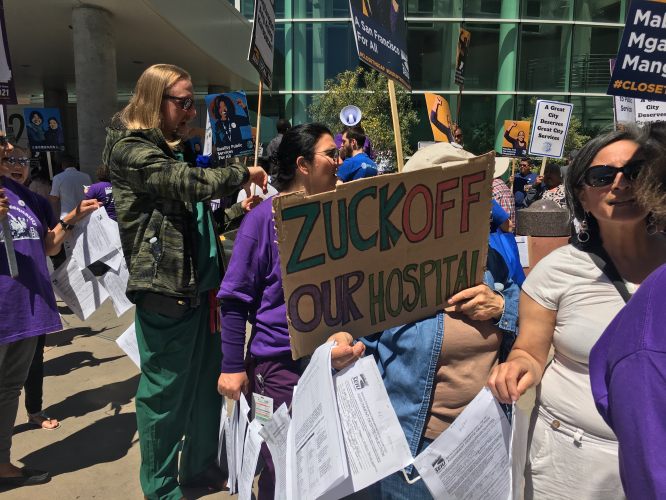 
SEIU 1021 members along with IFPTE Local 21 members rallied on 4/23/19 at San Francisco General Hospital to protest the dangerous health and safety conditions because of the lack of staffing.

The Mayor London Breed has instituted a 6% pay cut over two years and refuses to have proper staffing for the patients at the hospital. This is one of the reasons for the disappearance of patients and their deaths. The city has also allowed Mark Zuckerberg and his wife to name the hospital after him. Trade unionists discussed having the initiative to change the name back to SF General.

Additionally, the DPH and Breed and Human Resources Director Micki Callahan want to outsource and privatize the pharmacy to contractors.

This is a threat to the health and safety of the patients and the public workers.' There is also a racist attack on African American workers and other minorities workers who are being driven out of San Francisco and the bay area.
Additional media: 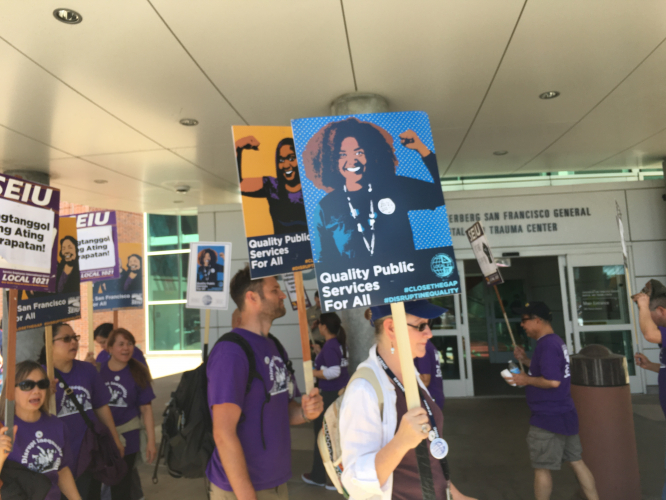 original image (4032x3024)
San Francisco General Hospital workers reported that short staffing by management is putting the patients in danger. They also were angry about outsourcing of their jobs.
https://youtu.be/2-mA-9oVb-M
§Zuck Off
by Labor Video Project Wednesday Apr 24th, 2019 11:21 AM 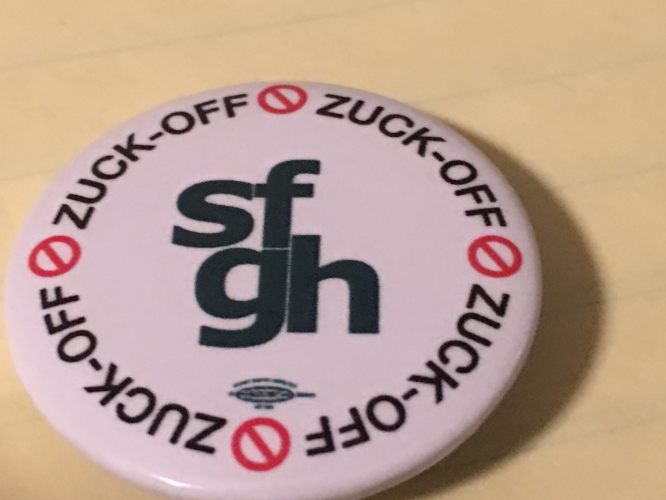 original image (4032x3024)
SF General Hospital workers want Zuckerberg's name off the hospital and may put an initiative on the ballot to remove it.
https://youtu.be/2-mA-9oVb-M
§Short Staffing Is Threatening the Care For Patients
by Labor Video Project Wednesday Apr 24th, 2019 11:21 AM 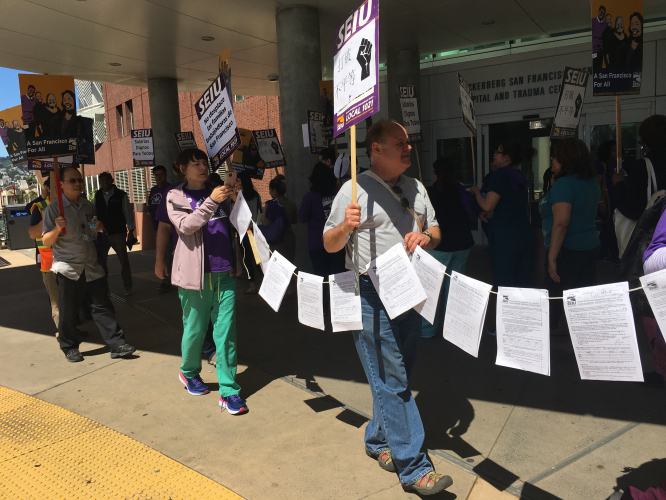 original image (4032x3024)
Nurses at SF General Hospital reported that there is a serious shortage of staffing creating dangerous conditions. Two patients disappeared and were found dead due to serious staffing shortages.
https://youtu.be/2-mA-9oVb-M
Add Your Comments
Support Independent Media
We are 100% volunteer and depend on your participation to sustain our efforts!