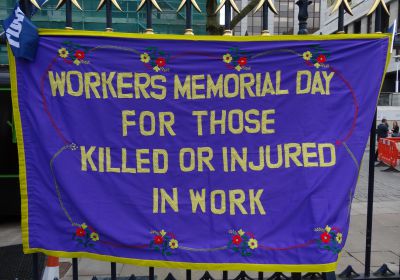 We remember those workers injured and killed on the job and the need to fight for health and safety on the job.
http://www.upwa.info
Add Your Comments
Support Independent Media
We are 100% volunteer and depend on your participation to sustain our efforts!