Teach For America has been used to de-professionalize public education. They were kicked out of SFUSD but they are being used to incentivize districts to get rid of senior teachers, African American teachers and Latino teachers and replace them with corporate-driven "educators" who stay a couple of years and leave the school.
https://www.facebook.com/DefendPublicEduca...
§Netflix Billionaire Reed Hastings & Billionaires Wrecking Public Education
by Defend Public Education NOW! Monday Apr 22nd, 2019 1:34 PM 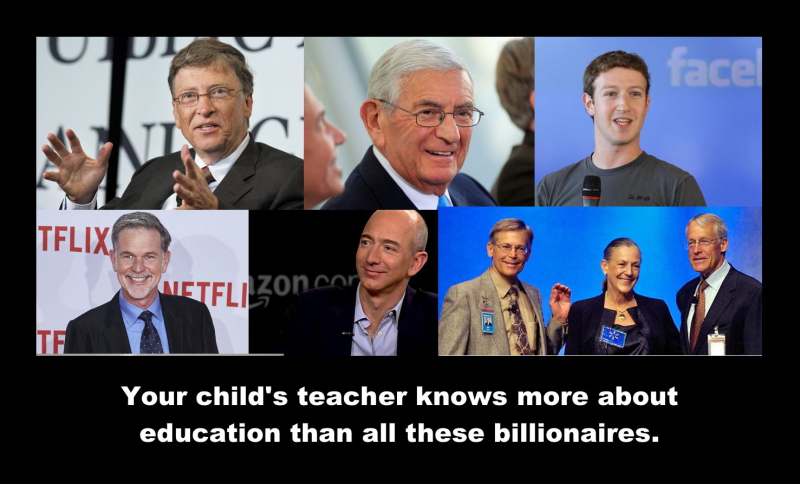 original image (1477x895)
Billionaire supporter of charters and privatization Reed Hastings funded proposition 30 which brought us co-locations and further segregation in the schools. He has spent hundreds of millions of dollars from Netflix along with other billionaires to buy pro-privatization candidates and push charters while supporting the closures and destruction of public schools. The TFA BA like his work and want to honor him for helping to break up public schools in San Francisco and California.
https://www.facebook.com/DefendPublicEduca...
Add Your Comments
Support Independent Media
We are 100% volunteer and depend on your participation to sustain our efforts!