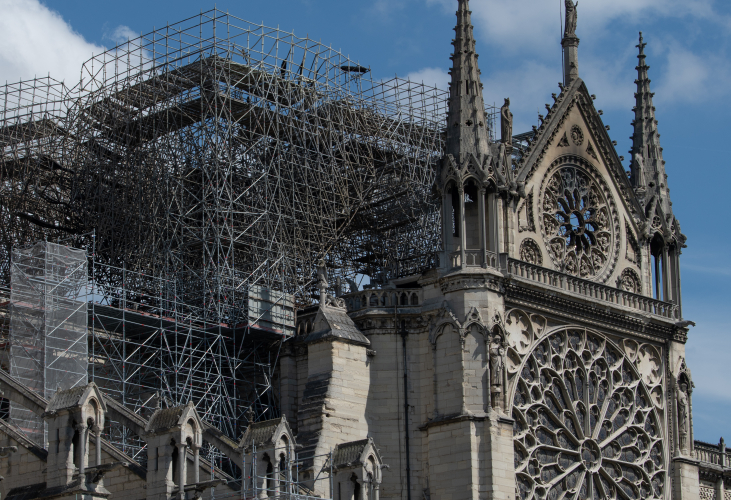 original image (4621x3159)
Within hours of the devastating fire that consumed the spire and roof of Paris’ iconic Notre Dame cathedral, a couple of French billionaires each pledged 200 million euros for the reconstruction effort. Within twenty four hours, France’s 1% had pledged 750 million euros. ($850 million).

While the near destruction of a monument that is a powerful symbol of the French nation might be expected to unite the French in a common determination to rebuild, the pervasive protests over economic inequality were only amplified.

That some individuals could, on the spur of the moment, hand over more that 13,000 times what many impoverished French make in a year was, to the “yellow vest” protesters, beyond outrage.

President Macron, a devotee of trickle down economics, had removed a tax on wealth while decreasing benefits to the lowest tier of retirees. His homilies on the virtues of hard work and the necessities of working “a little longer” to the working class French while allowing a %60 income deduction for the billionaires’ “cultural” contributions were ringing hollow.

For the twenty third successive week the “yellow vests” demonstrated. As their exasperation mounted, the tone morphed from protesting specific taxes to repudiating Macron and his entire government.

The call went out for a “non pacific” demonstration. And “non pacific” it was. As the two “authorized” marches converged on “Republic” square, the huge police presence prevented the columns from entering the square.

After an approximately forty five minute stalemate, the columns broke through. Those in the square cheered, the tear gas and flash bang grenades flew, and this reporter decided it was time to go home.

Trash cans, motor bikes and cars were torched. A store was looted. Almost 200 were arrested.

Next Saturday will be the traditional May Day demonstration and parade. If the new, apolitical, “yellow vest” movement can unite with the traditional Left of workers and students then the survival of the Macron presidency will be a very open question. 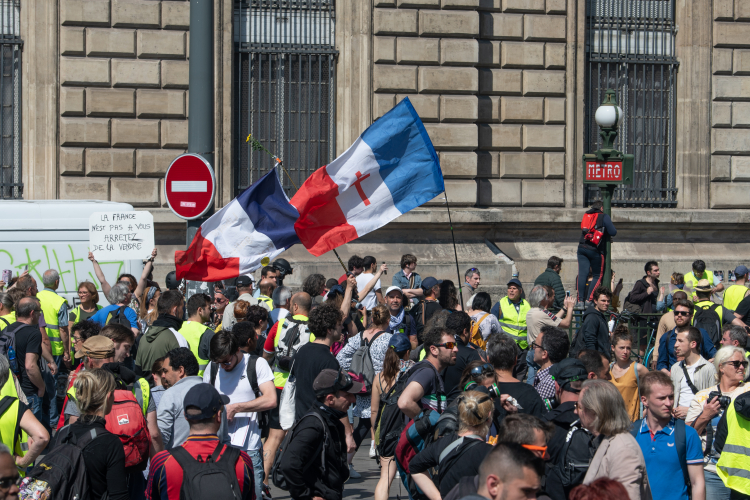 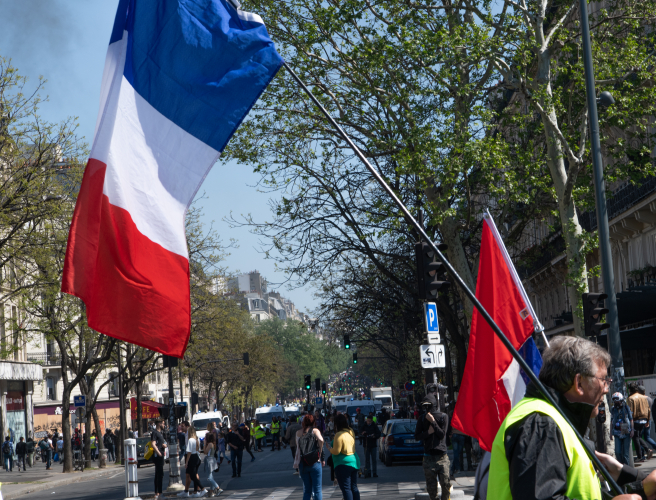 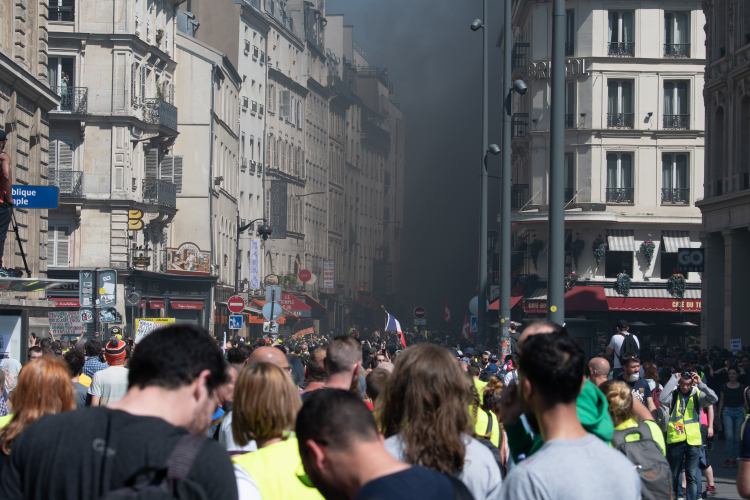 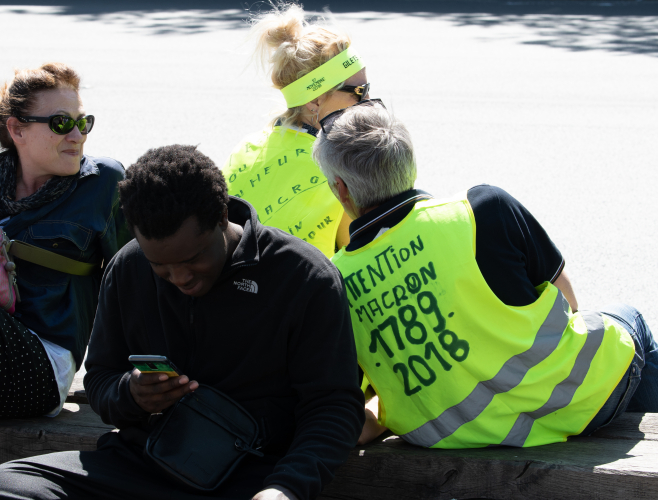 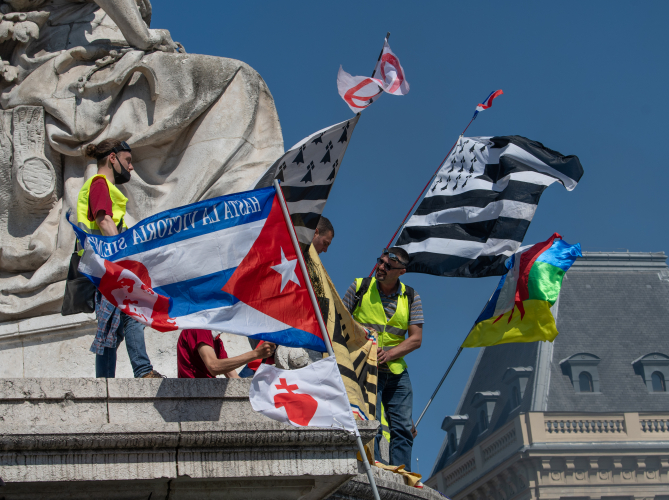 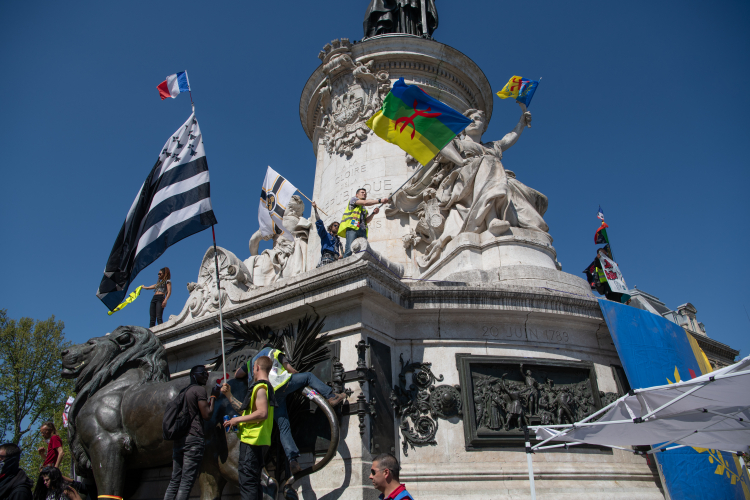 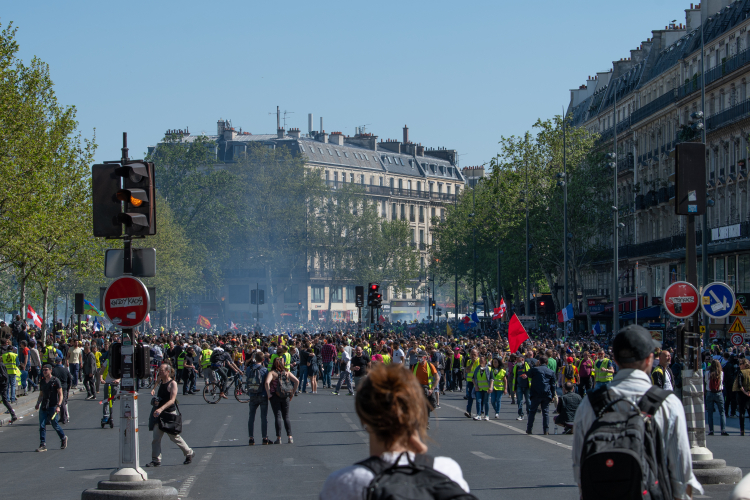 original image (5568x3712)
https://kunstena.smugmug.com/Politics/Demo...
Add Your Comments
Support Independent Media
We are 100% volunteer and depend on your participation to sustain our efforts!