Add an Event
Newswire
Calendar
Features
Home
Donate
From the Open-Publishing Calendar
From the Open-Publishing Newswire
Indybay Feature
Publish to Newswire
Add an Event
Related Categories: U.S. | Education & Student Activism
What the Mueller Report Doesn’t Say
by Curt Wechsler
Saturday Apr 20th, 2019 2:12 PM
“When you read it, it’s pretty devastating,” said former Director of National Intelligence James Clapper. The New Yorker columnist Susan Glasse wrote “The Mueller Report Won’t End Trump’s Presidency, But It Sure Makes Him Look Bad… After reading the report, it was hard to recall the world of utter vindication and Presidential victimization that Attorney General Barr had painted earlier in the day." 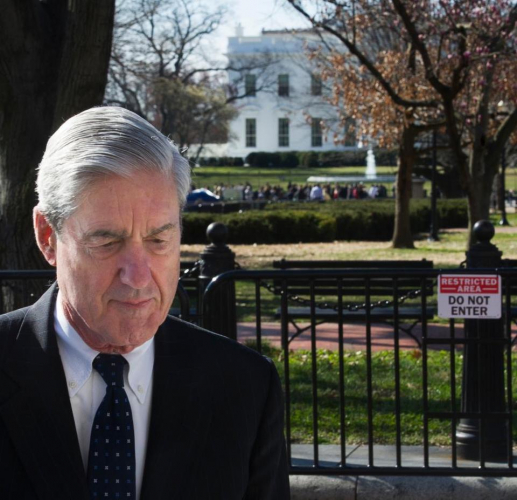 original image (960x927)
“In Trumpworld, vindication meant his guaranteed reelection," added Glasse, "to the President’s critics, the report was damning, devastating, an impeachment referral, a congressional call to arms.”

Mainstream media promotes the lie that a sitting president cannot be charged with a crime, only the Congress can act. The Justice Department’s Office of Legal Counsel has established policy that “The indictment or criminal prosecution of a sitting President would unconstitutionally undermine the capacity of the executive branch to perform its constitutionally assigned functions.”

Some legal experts conclude that the position is non-binding. “Justice Department regulations governing Mueller’s appointment allow him to deviate from department policy in ‘extraordinary circumstances’ with the approval of the U.S. attorney general, the nation’s top law enforcement official.” Others have suggested “Mueller could invoke this exception if he has uncovered serious wrongdoing and lacked confidence in the ability of the divided Congress to hold Trump accountable.”

A federal statute of limitations (usually 5 years) for indictment gives further impetus to prosecute the criminal activities of this president before the 2020 election. Whether Congress pursues impeachment, or not, it will take massive, sustained nonviolent protests in the streets of cities and towns across the country – protests that continue day after day and don’t stop – to create the kind of political situation in which the demand that the Trump/Pence regime be removed from power is met.

While the Mueller report failed to bring any high-level indictments, and the Democrats strive to “hold the center” for 2020, an upsurge of migrants flee their homelands out of desperation. Trump’s national emergency declaration takes funds without congressional approval for his border wall. Now is the time for Refuse Fascism to go on the offensive politically, mass distribute the Call To Action, organize more people into Refuse Fascism and prepare and organize to start with thousands in the major cities in mass determined non-violent protest.

This nightmare must end. The Trump/Pence regime must go!
https://www.facebook.com/events/4358113372...
Add Your Comments
Support Independent Media
We are 100% volunteer and depend on your participation to sustain our efforts!