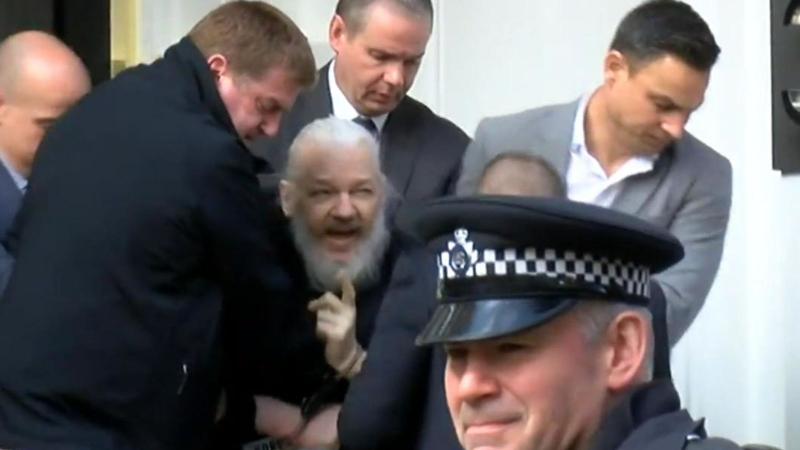 The attack and arrest by the British government and police on Julian Assange with the direct support of the US controlled Ecuadoran government and the US government is an attack on all journalists, whistleblowers, and democracy. It is aimed at closing down all alternative media. While there is no prosecution of the war criminals exposed by WikiLeaks, Assange, Chelsea Manning and other journalists and whistleblowers are under attack and imprisoned.
On Friday, April 12th at 4 PM there will be a protest at the UK consulate in San Francisco located at 1 Sansome St. near Market.
Please bring signs and any bull horns you have.
Also, contact the media that people will be protesting this outrageous attack on Julian Assange.

Additionally, we are supporting an international day of action on World Press Freedom Day on May 3 with a march from the UK consulate at 4 to the US Federal building with a rally at 5 PM.

World Press Freedom Day Of Action 2019
May 3rd Day Of Action For Journalists and Whistleblowers -Stand Up For Julian Assange, Chelsea Manning, and others
https://freepressday2019.wordpress.com

Uniting the international working class in defense of Journalists and Whistleblowers
Home
May 3rd is recognized around the world as a day to defend journalists and media workers. Attacks on the media by governments throughout the world have grown exponentially over the years and journalists are facing threats, torture, and even murder.

PROTESTS AND EVENTS
As part of this mobilization we are organizing on May 3 events and protests in defense of journalists and whistleblowers and to stand up for Julian Assange and Chelsea Manning. Read more here…

LETTER TO THE M.E.A.A
Journalists and media workers are also endorsing an open letter to the Media Entertainment and Arts Alliance (MEAA), the Australian trade union that represents journalists. The letter demands that the MEAA breaks the silence it has maintained on Assange since 2011 and to campaign defend him. Read more here….

WHO IS ORGANISING THIS MOBILISATION
This website and mobilization are being coordinated by KPFA WorkWeek Radio, the United Public Workers for Action who recently helped have a resolution passed in defense of Assange at the San Francisco Labor Council, classconscious.org, and Llama a researcher and writer. There are more information and articles on World Press Freedom Day on Llama’s website jimmyslamma.com

All these individuals have been active in writing, campaigning and organizing protests in defense of press freedoms, Chelsea Manning and Julian Assange.

Contact: worldpressfreedomday [at] protonmail.com to endorse either the letter or the call out for actions

Over the years WikiLeaks has published reams of documents supplied by whistleblowers that chronicle the secret machinations of the U.S. and other governments behind the backs of its people. These included documentation of equipment expenditures and holdings in the Afghanistan war and a report informing a corruption investigation in Kenya. In April 2010, WikiLeaks released the so-called Collateral Murder footage from the 12 July 2007 Baghdad airstrike in which Iraqi journalists were among those killed. Other releases in 2010 included the Afghan War Diary and the "Iraq War Logs". The latter allowed the mapping of 109,032 deaths in "significant" attacks by insurgents in Iraq that had been reported to Multi-National Force – Iraq, including about 15,000 that had not been previously published. In 2010, WikiLeaks also released the US State Department diplomatic "cables", classified cables that had been sent to the US State Department. In April 2011, WikiLeaks began publishing 779 secret files relating to prisoners detained in the Guantanamo Bay detention camp. WikiLeaks received much of this material from whistleblower Chelsea Manning.

“The Julian Assange case is a key case for freedom of the press. Assange has been hunted by the U.S. government and the government of the UK and it now looks like the government of Ecuador is getting ready to hand him over to the tender mercies of the U.S. Justice Department. His “crime” is very simple - he exposed the secret machinations of the U.S. government through the whistle-blowing activities of WikiLeaks. Mainstream news organizations like the New York Times and the Washington Post have not only refused to defend Assange but instead have echoed some of the accusations against him. This is in sharp contrast to their defense of another whistleblower decades ago, Daniel Ellsberg, when they published the Pentagon Papers. ”

In standing up for the freedom of Julian Assange and of all whistle blowers the Pacifica Foundation reiterates its commitment to the principle of freedom of the press and the right of the public to know what its governments are doing no matter who is embarrassed by the release of this information. In doing so Pacifica is following in the traditions of its founder, Lew Hill, who as a pacifist, stood up to the U.S. government during World War II. 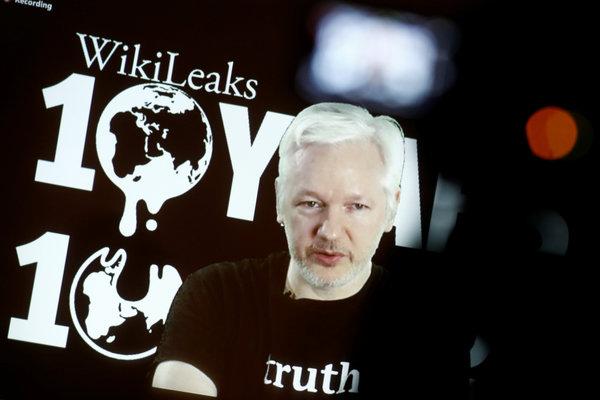 The US government and the UK government are angry that WikiLeaks has exposed the many war crimes by these governments. The arrest of Assange is to silence all journalists and whistleblowers who are exposing these crimes and corruption.
END_OF_DOCUMENT_TOKEN_TO_BE_REPLACED
Add Your Comments
Support Independent Media
We are 100% volunteer and depend on your participation to sustain our efforts!