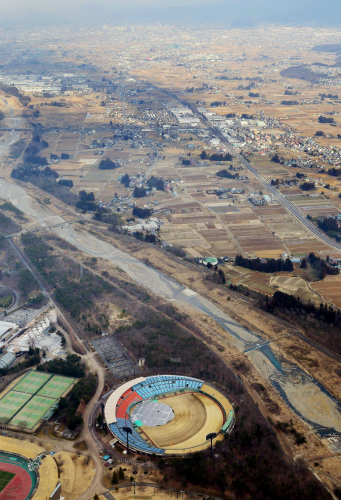 original image (1397x2048)
“I call myself a missionary,” Iwamura said. “Even though it’s a negative way many people know the name of Fukushima, we have to change it into a positive way.”

As a major propaganda ploy, the corrupt Abe government with the support of the International Olympic Committee is having the 2020 Olympics in Japan and the baseball games at Fukushima despite the continuing global threat by the contaminated nuclear plants. They are spending tens of millions on refurbishing a stadium for the nuclear games saying that it is now "safe" in Fukushima for baseball, softball and other sports.
Add Your Comments
LATEST COMMENTS ABOUT THIS ARTICLE
Listed below are the latest comments about this post.
These comments are submitted anonymously by website visitors.