Motion to consider and take action, as appropriate, on the following:

1) The disposition and closure plan for the Ross Camp.

1) Motion to rescind the City Council approval of Parking Lot 24 as a site for a safe sleeping or camping.

2) Motion to confirm the April 17, 2019 closure of the Ross Camp with alternate shelter needs to be met by maximizing the spaces in the 1220 River Street camp and fully utilizing other existing shelter options throughout the county including the VFW and Laurel Street Shelter, and the possibility of lodging vouchers.

3) Motion to form an ad hoc Expert Council on Homelessness with nine subject matter experts and community members, nominated by the Mayor and ratified by the City Council, to advise the City Council on homelessness policy and actions incorporating education and community outreach and engagement, in furtherance of City-adopted policy regarding homelessness including the All-In Plan, the Homelessness Coordinating Committee 20 Action Recommendations and the 2x2 Committee.

1. Receive an update on City-County Joint Action Plan for Emergency Shelter Provision and Encampment Management, including efforts to identify location and resources for a permanent year-round shelter and Navigation/day services center.

2. Direct staff to develop and implement an interim site management plan for the Gateway Encampment consistent with the measures outlined in this report and including: cleanup; site/sleeping space layout; installation of additional hygiene and security measures; and ongoing interim operations management with the management plan to go into effect no later than the opening of the River Street campground.

3. Express the Council’s intention to close the Gateway Encampment when sufficient campground or non-campground emergency shelter beds are available and to not pursue further homeless campgrounds in City neighborhoods or parks. 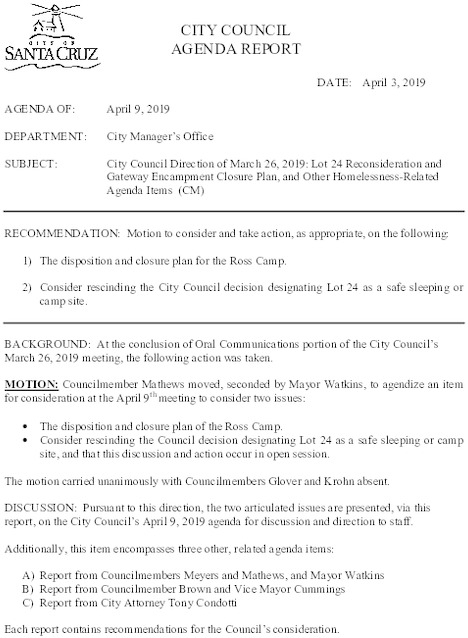 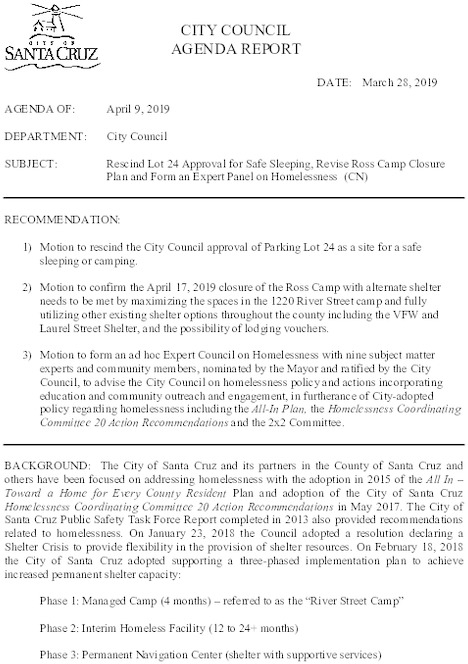 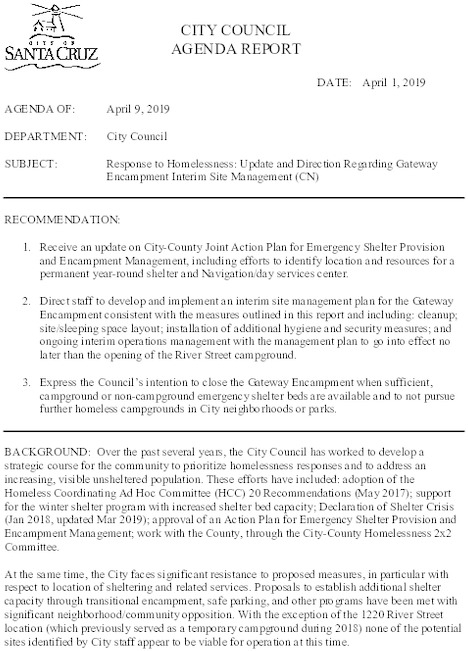 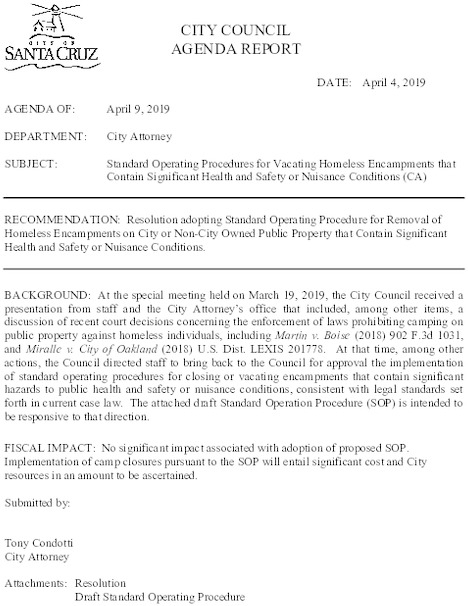 Download PDF (62.9KB)
http://scsire.cityofsantacruz.com/sirepub/mtgviewer.aspx?meetid=1166&doctype=AGENDA
Add Your Comments
Support Independent Media
We are 100% volunteer and depend on your participation to sustain our efforts!