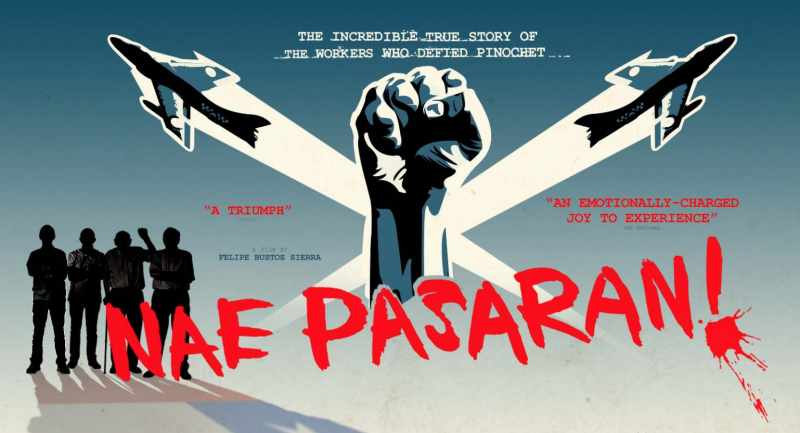 Import event into your personal calendar
Date:
Thursday, May 02, 2019
Time:
2:00 PM - 4:30 PM
Event Type:
Screening
Organizer/Author:
Reel Work May Day Labor Film Festival
Email:
info [at] reelwork.org
Location Details:
CSUMB Building 82 Room B116, 2081 Inter-Garrison Rd, Marina
Film 1
DON’T GIVE UP YOUR VOICE
Trailer for Don’t Give Up Your Voice https://www.youtube.com/watch?v=Ir71YZplg-0
(Melissa Young & Mark Dworkin, 2018, 41 min, Argentina)
Argentina elected president Macri a year before we elected Trump. The two presidents are quite similar in their election campaigns and the policies they promoted once in office. But Argentines are resilient; they have fought right wing governments before. Their creative resistance to Macri’s policies, from organized labor, worker co-ops, the arts, offers ideas and inspiration for us in the North.

Film 3
FEDERAL WORKERS SHUTDOWN THE SHUTDOWN
Watch Shut Down the Shut Down https://youtu.be/2sFYnW1S0RA
(Labor Beat, 2019, 15 min, USA)
On Jan 24, 2019, furloughed workers from various federal agencies and their supporters rallied in the bitter cold at Chicago's Federal Plaza to end to the government shutdown, then in its 34th day. The next day, Trump suddenly announced he would sign a stop gap measure that did NOT include funding for a wall. Did their action help break Trump’s resolve?
Speakers: Angie Tran, Professor of political economy at CSUMB; Melissa Young & Mark Dworkin, filmmakers
Event Host: California Faculty Association
END_OF_DOCUMENT_TOKEN_TO_BE_REPLACED
Added to the calendar on Mon, Apr 1, 2019 1:17AM
Add Your Comments
Support Independent Media
We are 100% volunteer and depend on your participation to sustain our efforts!