It sounds crazy, but it really works. With the right knowledge, licensing and doggedness, a group can buy up medical debt for pennies of the dollar and then, literally, RIP. IT. UP.

Strike Debt, an offshoot of Occupy Wall Street, pioneered this idea back in 2012-2013, when they bought up and retired some $36,000,000 in debt, calling attention to the medical debt problem in these United States and getting massive press coverage. They called it the Rolling Jubilee.

Now Strike Debt Bay Area is doing the same thing - on a smaller scale - in the Bay Area. Anyone can help - just a $10 donation will erase around a $1000 of medical debt for someone in the East Bay - who could well be your neighbor. 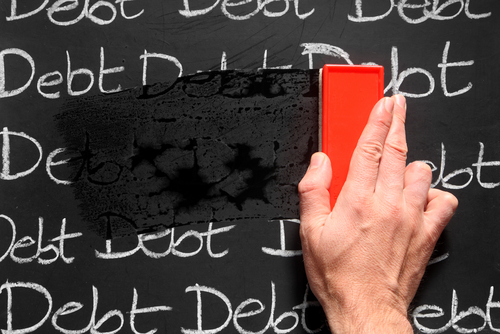 We've all read by now how SF General charges people tens of thousands of dollars for emergency surgery that should be covered by people's insurance. We've all read by now how pharmaceutical companies have jacked up the price of insulin to the point where people are going into massive debt to stay alive - or dying when they run out of credit. We've all read about debt collection companies which harass cancer patients, the elderly and even newborns for money they can't possibly come up with.

The ultimate solution is one Strike Debt Bay Area wholeheartedly supports and promotes: universal, free at point-of-service health care, just like the rest of the industrialized world already has. Whether you call it Medicare 4 All, Single Payer, or common sense, it's what we need.

But until we get it, a little bit can go a long way towards removing the burden of crippling medical debt, along with helping the campaign reinforce the absurdity of our current dysfunctional system.

Check out the campaign, and, if you are able, donate something here.

Check out the FAQ, which provides more information, background and history.

And check out the press release.

http://strike-debt-bay-area.tumblr.com/
Add Your Comments
Support Independent Media
We are 100% volunteer and depend on your participation to sustain our efforts!