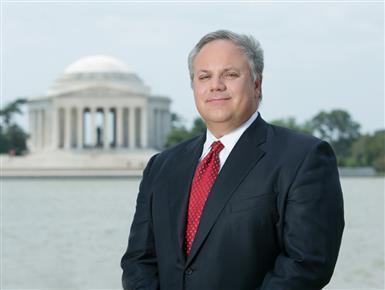 Sacramento – The fight to stop the confirmation of David Bernhardt as Trump’s Interior Secretary heated up this week with the delivery of a letter to Senator Dianne Feinstein by a coalition of group and a California Tribe.

The groups also demand taxpayers be repaid for Westlands’ Delta Tunnels’ bills before his confirmation hearing.

“In advance of Mr. Bernhardt's Senate confirmation hearing on March 28, we draw your attention to the dark ethical cloud that hangs over his nomination,” the letter states. “Questions about a broad range of potential conflicts have been submitted by other Senators to the Inspector General and there have been numerous, publicly-reported conflicts of interest, violations of ethics recusals, and a pattern of repeated favoritism Mr. Bernhardt has extended to almost all of his former clients.”

“All of the potential conflicts need to be assessed, but our specific emphasis herein is to urge you to investigate two concerns of unique importance to California: (1) Westlands’ pending request for a permanent water supply contract for more than 1 Million Acre-feet (MAF) and (2) the repayment of $84.8 million in federal taxpayer dollars, paid by Interior to cover Westlands' (and three other federal water contractors') Delta water tunnel costs,” the letter says.

The groups said a “brutal confirmation hearing” is expected on March 28 in the Senate, since President Trump has nominated Bernhardt to serve as Interior Secretary. Bernhardt has served as deputy secretary since early in the Trump administration and became acting secretary after Ryan Zinke resigned in December 2018 under an ethical cloud.

They also said Bernhardt has “served as one of the main architects of the Trump administration’s agenda”. CNN has reported that since Bernhardt joined Interior in 2017, the agency has made at least 15 policy changes, decisions or proposals that would directly benefit Bernhardt’s former clients, mostly regarding oil industry concerns.

But the groups warn Congress that Bernhardt’s clients also included California’s powerful Westlands Water District, the largest water district in the country and one of the chief advocates for increased pumping of Delta water for San Joaquin Valley agribusiness interests.

In his lobbying disclosures, Bernhardt had listed “potential legislation regarding the Bureau of Reclamation and the Endangered Species Act” under his specific lobbying areas, including trying to minimize protections for endangered salmon, Delta smelt and other fish populations due to limited water flows.

According to a story I broke here in January, a fish survey that the California Department of Fish and Wildlife (CDFW) conducts every autumn turned up zero Delta smelt — the very same fish that Bernhardt is trying to strip protections for — throughout the monitoring sites in the Sacramento-San Joaquin River Delta in September, October, November and December 2018. (http://www.dailykos.com/...)

On March 11, the same groups that sent this week’s letter brought up serious ethical questions about Bernhardt in a lettersent to Senators Warren, Blumenthal and Harris, charging that he had violated an executive branch ethics pledge.

“Bernhardt signed an executive branch ethics pledge required him to refrain from participating in decisions that he previously worked on as a lobbyist for two years, according to the groups. “Activists believe he has not honored this pledge and warn that he is now participating in decisions that would send more water from the San Francisco Bay-Delta Estuary to Fresno-based Westlands and weak endangered fish protections.”

Here is that letter: https://www.restorethedelta.org/wp-content/uploads/Sen-Feinstein-Ltr-Re-Bernhardt-PCL-Sierra-Club-et.al-Mar-19-2019.pdf

The exposure of Bernhardt’s enormous conflict of interest takes place at a critical time for salmon, Delta smelt and other San Francisco Bay Delta fish populations. For the first time ever, a fish survey that the California Department of Fish and Wildlife (CDFW) conducts every autumn turned up zero Delta smelt throughout the monitoring sites in the Sacramento-San Joaquin River Delta in September, October, November and December 2018.

Once the most abundant fish in the entire estuary, the population has collapsed to the point where not one fish was found in the 2018 Fall Midwater Trawl survey. The 2018 abundance index (0), a relative measure of abundance, is the lowest in FMWT history.

“No Delta Smelt were collected from any station during our survey months of September- December,” wrote James White, environmental scientist for the CDFW’s Bay Delta Region.

The Delta smelt is not the only fish absent during the fall 2018 survey. The CDFW didn’t observe any Sacramento splittail, a native minnow species that was formerly listed under the Endangered Species Act until Bush administration delisted the species and the Obama administration agreed with the delisting, in the 2018 fall survey either.

The striped bass, a popular gamefish that migrates from the ocean, San Francisco Bay and Delta up into the Sacramento and San Joaquin rivers every spring to spawn, also showed an alarming drop in abundance during the survey.

The 2018 abundance index (42) for striped bass was the lowest in FMWT history, slightly less than the previous low value (43) in 2010. Thirty-one age-0 striped bass were collected at index stations, noted White.

The longfin smelt, a cousin of the Delta smelt, isn’t faring very well either in the estuary. “The 2018 abundance index (52) was the 5th lowest value in FMWT history, a 63% reduction from the previous year. Thirty-one Longfin Smelt were collected at index stations,” said White.

The number of threadfin shad, an introduced forage fish species, continued to decline. The 2018 abundance index (198) was the 4th lowest in survey history, a 32% reduction from the previous year. The CDFW found 150 threadfin shad at index stations.

The abundance of American shad in the trawl is also disappointing. The 2018 abundance index (1064) was the 21st lowest value on record, a 66% reduction from the previous year. Seven-hundred and two American shad were collected at index stations.

“Not only is the Delta smelt on the brink of extinction but there are several species lined up behind it,” commented Bill Jennings, Executive Director of the California Sportfishing Protection Alliance (CSPA). “Governor Brown’s legacy is likely to be several extinctions of fish that flourished in this estuary for millennia.”

Tom Cannon, in his blog on the CSPA website on March 25 (http://calsport.org/fisheriesblog/?p=2542), noted that the US Fish and Wildlife Service (USFWS) issued a memo on January 30, 2019 that revised the federal take permit for Delta smelt for the combined operation of the Central Valley Project and the State Water Project. The memo stated:

“It has become clear over the past several years that surveys are reaching their detection limits given the declining population of delta smelt, and in 2018, the FMWT [fall midwater trawl] Index was zero, indicating that the FMWT Index may no longer provide an accurate predictor of incidental take.”

"The new take criteria are now the old action criteria of limiting Old and Middle River (OMR) reverse flows during the winter and spring under certain conditions," according to Cannon. "When smelt would normally be expected to be present, OMR flows would be restricted to being no more negative than -2000 or -5000 cfs. The new 'surrogate' criteria essentially keep the south Delta pumping plant operations at status quo until such time as the ongoing reinitiated Endangered Species Act (ESA) consultation is completed and new take permits are issued."