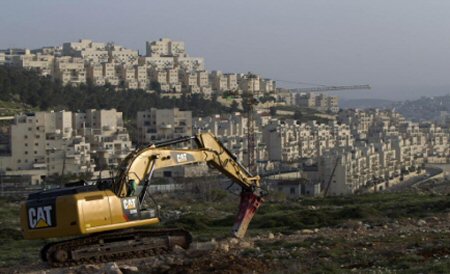 The campaign mentions that, in 2016, the UN Human Rights Council voted in favor of establishing a Database of companies involved in business activities with Israeli settlements in the occupied Palestinian territory (oPt). Israeli settlements are illegal under international law; a Database of businesses with activities or relationships in settlements would provide transparency for states, businesses and the public, and could be used to ensure that companies are not complicit in human rights violations and grave breaches of international humanitarian law.

Almost three years since the resolution calling for the Database, the UN has yet to publish the result of its work; this is reportedly due to political pressure from Israel, the United States and some European states. On 4 March 2019, the High Commissioner issued a letter stating that “further consideration is necessary” to fulfil the mandate, and that her Office will continue to finalize the “mandate in the coming months.”

Last week, PNN further reports, Al-Haq sent letters to United Nations (UN) Member States with diplomatic representatives in the oPt, calling on them to urge the UN High Commissioner for Human Rights, Madam Michelle Bachelet, to publicly release the UN Database of businesses engaged in activities with Israeli settlements. Al-Haq’s letters came following a communication issued by the UN High Commissioner for Human Rights, indicating a delay in the release of the UN Database.

Al-Haq said that these delays allow international and Israeli businesses to continue to exploit Palestinian natural resources, and contribute to and profit from Israel’s impunity for its expanding colonial settlement enterprise and human rights violations.

The campaign is using the hashtags #UNGiveUsTheNamesAlready, #StandUp4HumanRights and #BizHumanRights, and suggesting that participation could be by making a banner with the hashtag, uploading personal or group photos holding the sign; and posting it on social media using the hashtag #UNGiveUsTheNamesAlready tagging @MBachelet and @UNHumanRights.
https://imemc.org/article/campaign-calls-o...
Add Your Comments
Support Independent Media
We are 100% volunteer and depend on your participation to sustain our efforts!