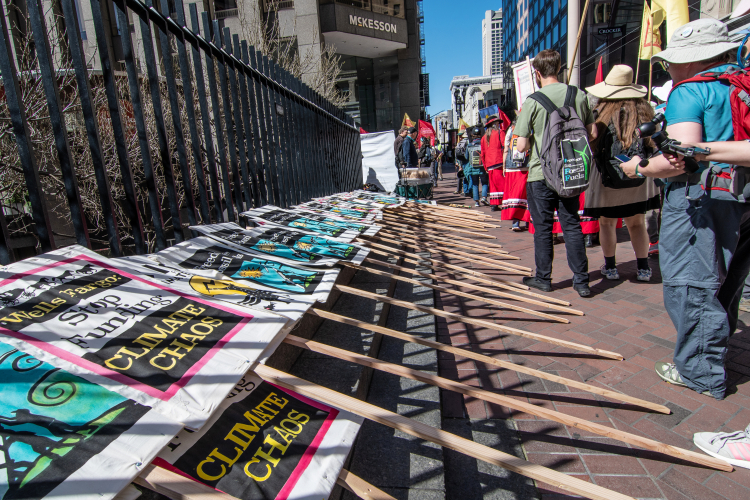 Beginning the final leg of a three day, thirty four mile march for "For Fossil Fuel Freedom" , one column went up Montgomery street while another went by way of Sansome Street.

Using street-wide banners, each group then blocked traffic to the section of California street where the Wells Fargo headquarters is located. The now traffic free protest area was quickly marked off by activists holding hands through "oil barrels."

It all happened so quickly and completely that the police could but make the closure "official."

With speeches and songs, Wells Fargo was put on notice that its investments in fossil fuel industries were no longer tolerable.

The protest was entirely peaceful. 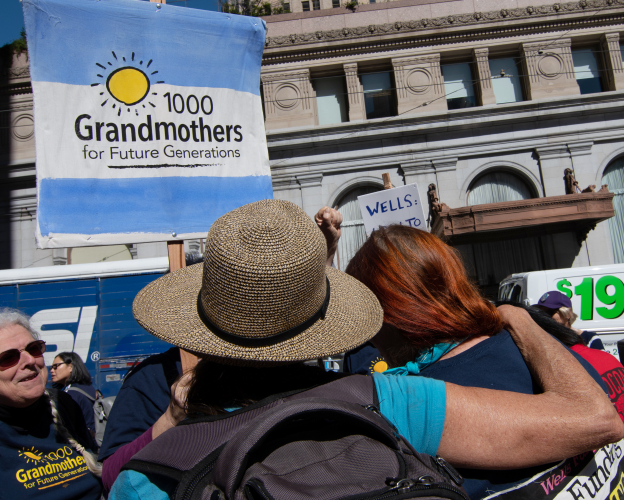 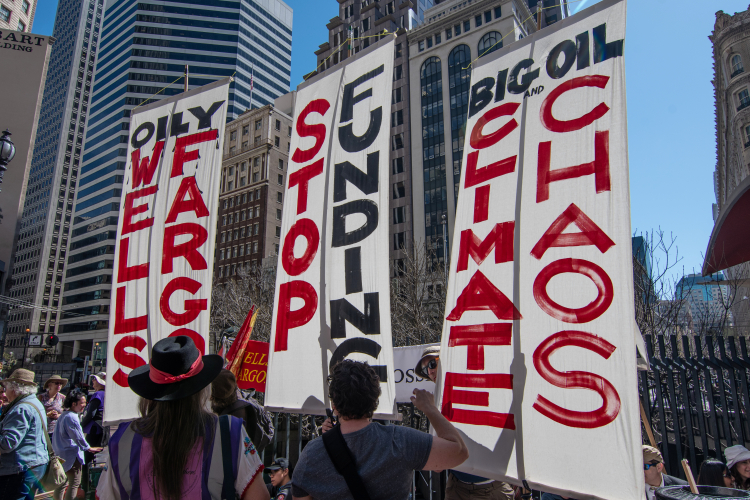 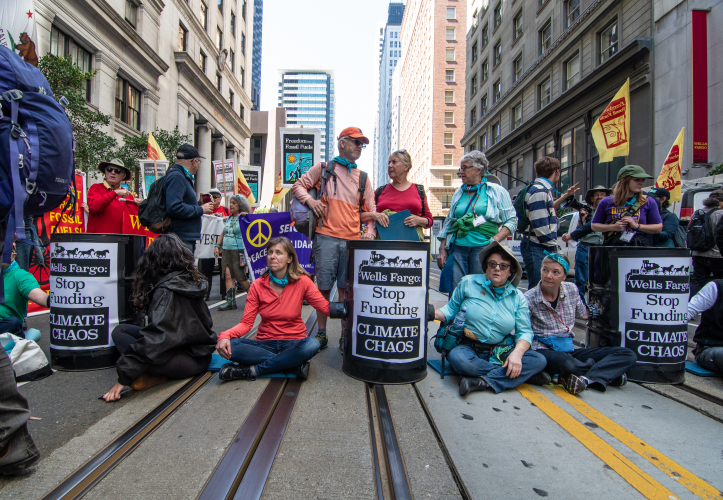 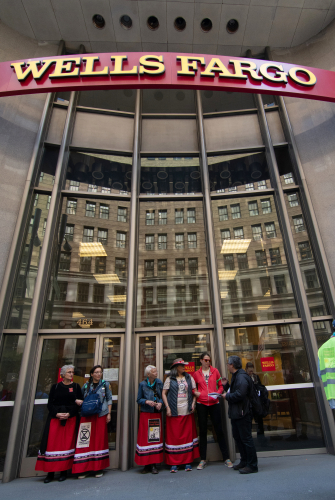 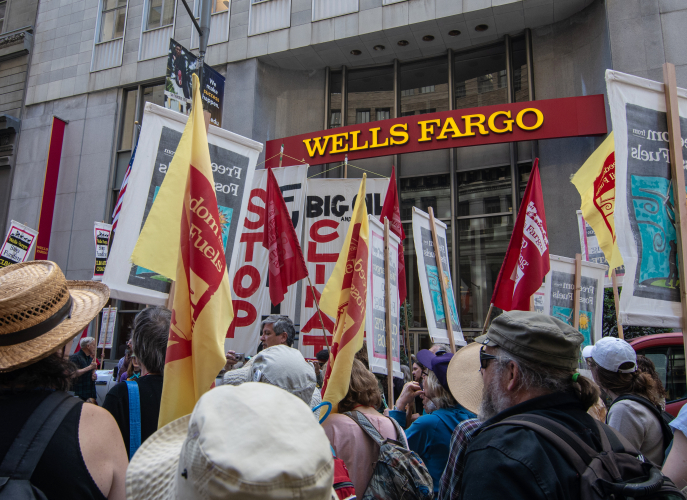 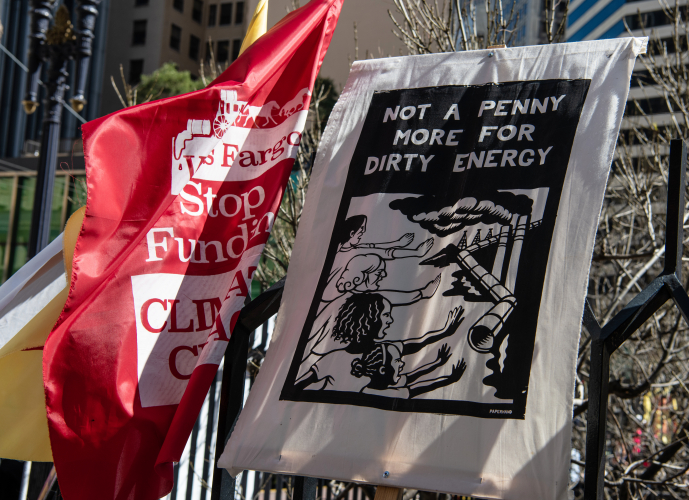 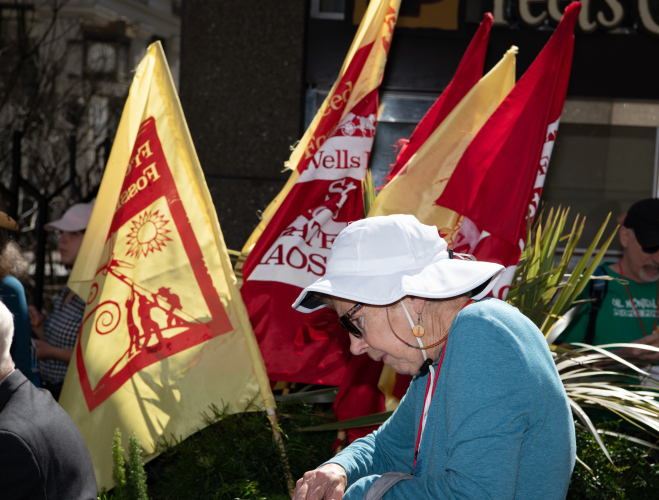 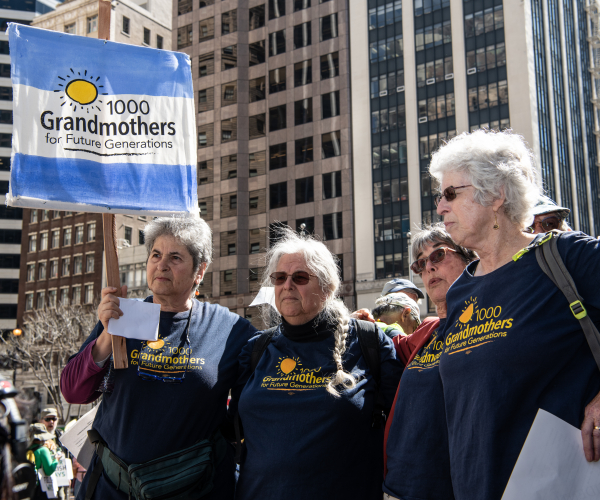 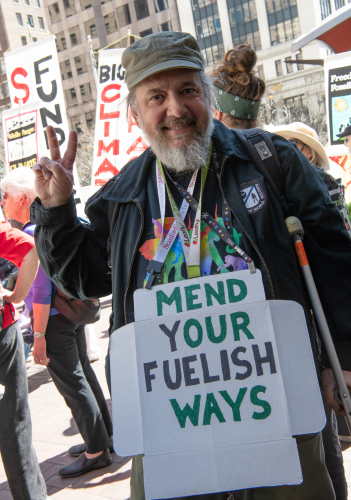 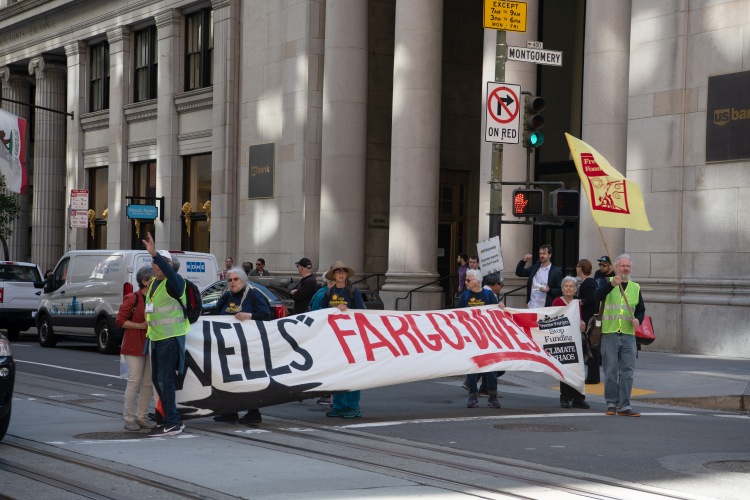 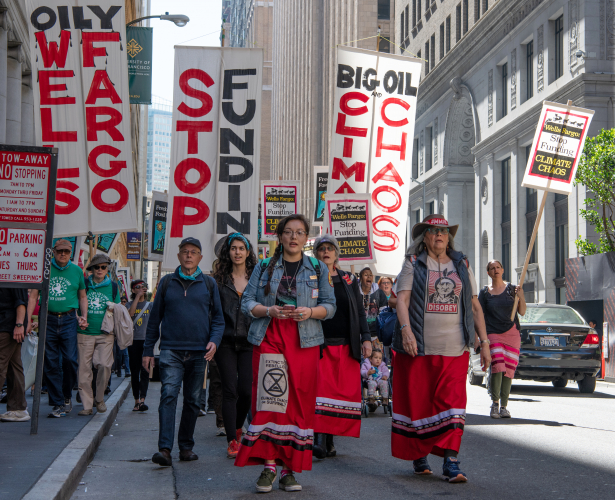 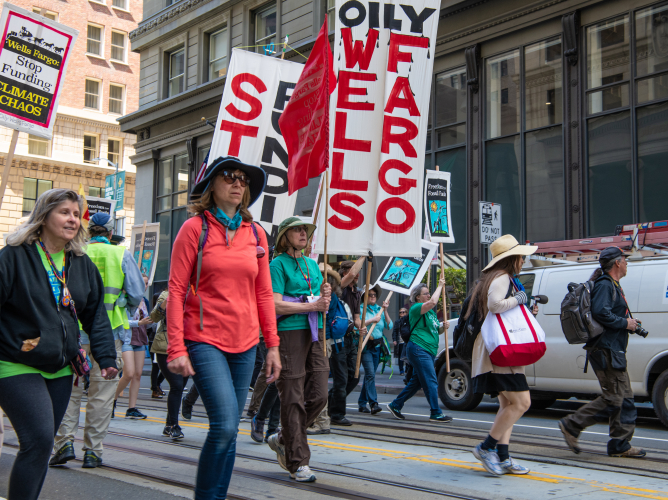 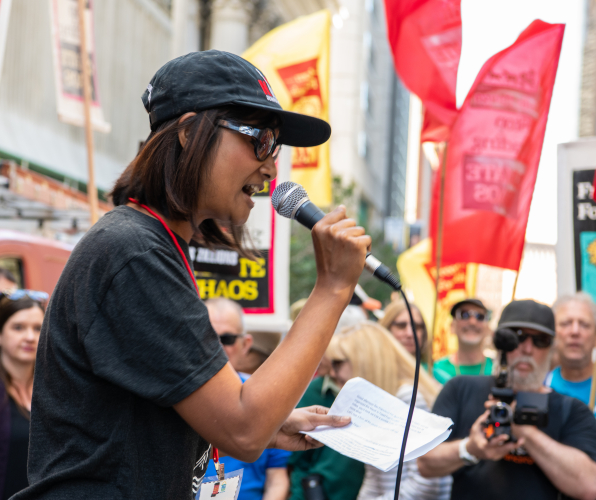 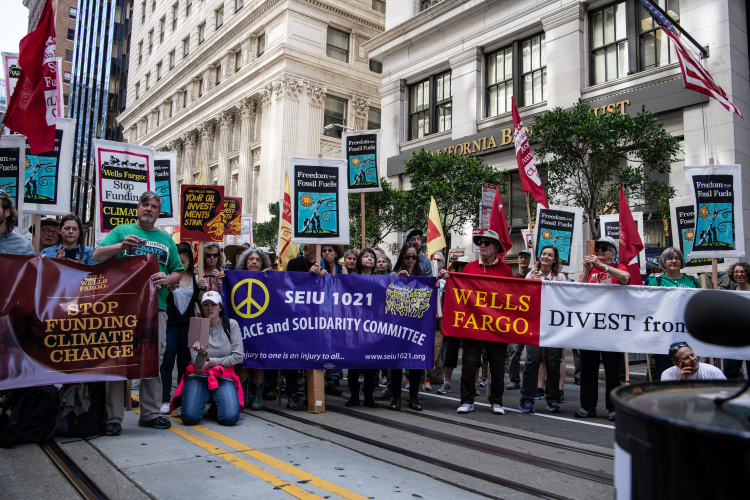 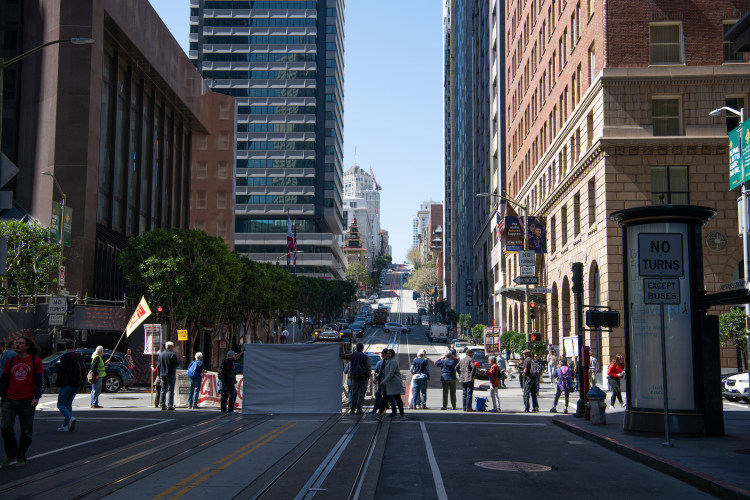 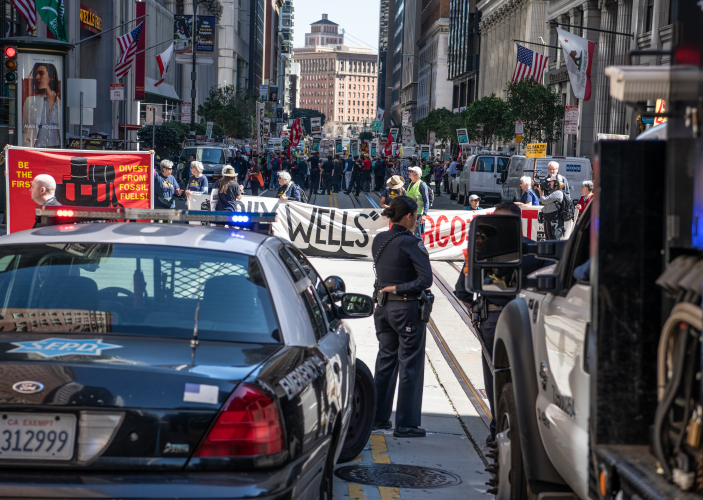 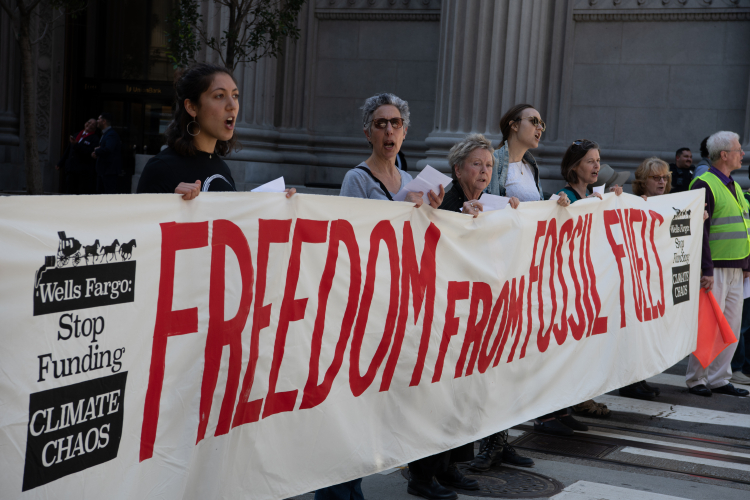 original image (8256x5504)
https://kunstena.smugmug.com/Politics/Demo...
Add Your Comments
Support Independent Media
We are 100% volunteer and depend on your participation to sustain our efforts!