Add an Event
Newswire
Calendar
Features
Home
Donate
From the Open-Publishing Calendar
From the Open-Publishing Newswire
Indybay Feature
Publish to Newswire
Add an Event
Related Categories: Santa Cruz Indymedia | Health, Housing & Public Services | Police State & Prisons
At Ross Camp, Plain Clothes Police Officer Claims He's "Just a Ride-Along"
by Santa Cruz News
Monday Mar 18th, 2019 11:29 AM
A recent video that documents a police 'walk through' at the Ross Homeless encampment in Santa Cruz demonstrates how homeless individuals living at the camp are routinely subjected to violations of their basic constitutional rights by the authorities. The video shows an officer from the Santa Cruz Police Department attempting to look into homeless individuals' tents without permission, in addition to touching their possessions without permission. In an another alarming moment captured on the video, a plain clothes police officer attempts to conceal his identity by telling the person filming that he is "just a ride-along" and that "police" gave him the camera to wear. That individual is, in reality, Santa Cruz Police Officer Ruben Badeo. (The full video of the Ross Camp walk through is posted at the end of this article.)
Copy the code below to embed this movie into a web page:
Download Video (5.9MB) | Embed Video
The video begins by following a uniformed officer with the Santa Cruz Police Department on a walk through the homeless encampment. Also present, and visible at different times throughout the video, is a second individual who is wearing sunglasses, plain clothes, a cap, and a camouflage jacket, and who is silently following the uniformed officer.

Before walking through the camp, the uniformed officer put gloves on first.

The uniformed officer is shown walking closely next to the tents, and in between them, while occasionally attempting to look through cracks in the openings without warning the occupants first.

The video also shows the officer touching one individual's bicycle and looking at it closely without asking the owner permission to do so.

At one point the officer looks down at person lying next to a tent and, asks them "are you alright?" and "are you ok?" until the individual responded.

Additionally, the officer made sarcastic remarks and was rude to the camera person, who was simply exercising their first amendment right to film the police interaction in a respectful manner.

At about halfway through the video, the person in plain clothes who was walking behind the first officer (and behind the camera operator for most of the time) spoke to the person filming.

"I'm just a ride along, Mam, I've got nothing to do with the cam," he told the person filming.

"A ride along?" she responded.

"Yeah, right here, Just a ride along," he said, pointing to a police body camera that was attached to the front of his camouflage jacket.

"It's not a police camera?" she asked.

"Yes, they gave me a police camera. It's part of the thing," he told her.

"Oh," she responded, choosing not to ask any more questions.

The individual has been identified as Santa Cruz Police Officer Ruben Badeo. The hat he was wearing had his badge number clearly marked on it, however that was the only marking that made it obvious the hat was part of an official police uniform. 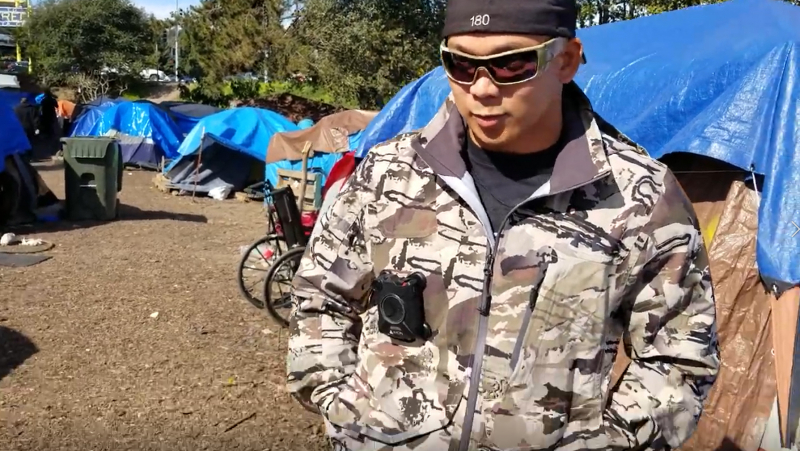 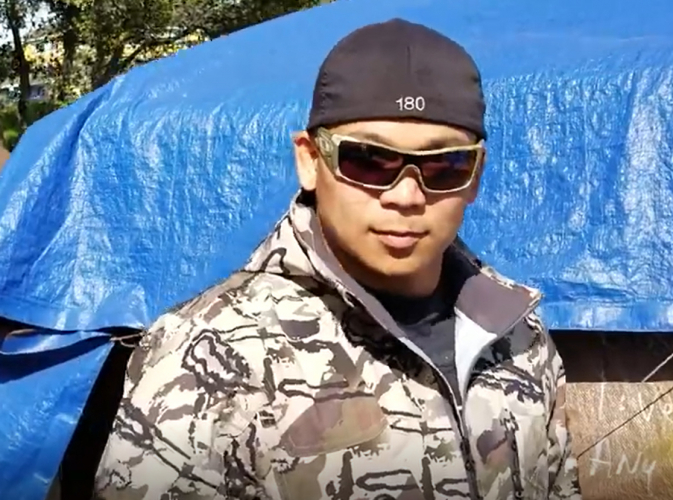 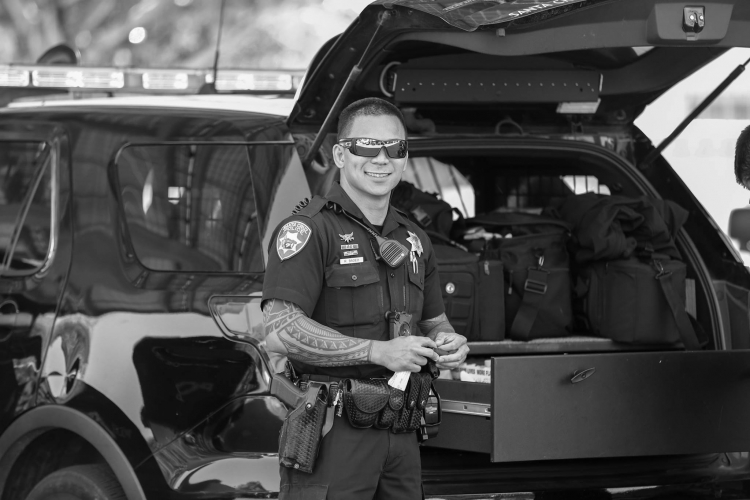 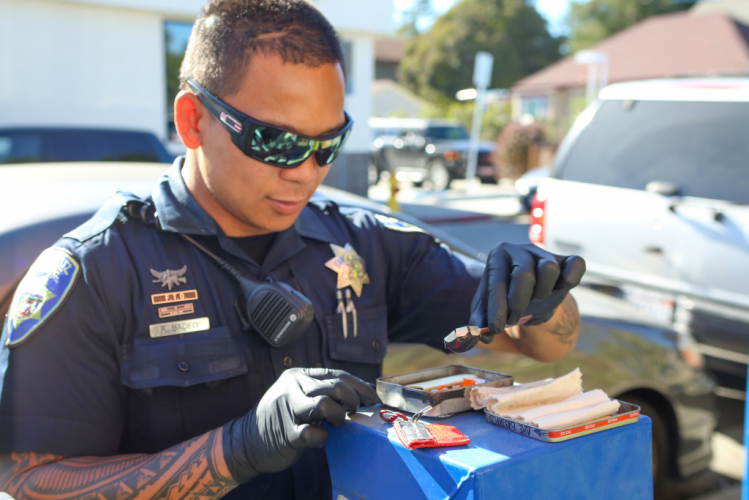 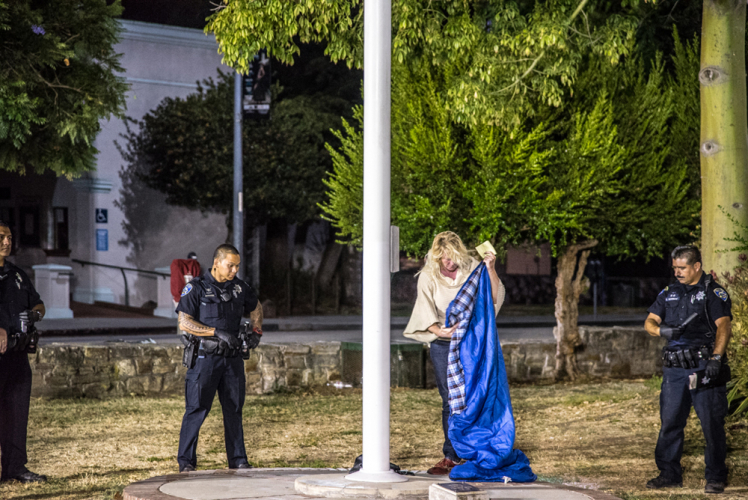 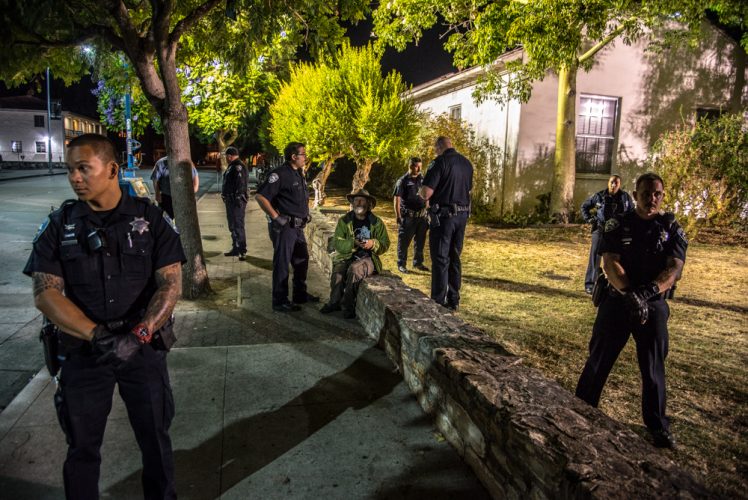 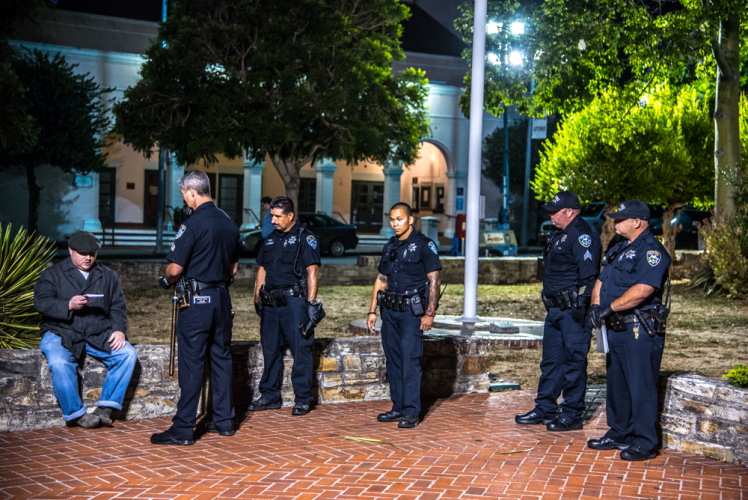 original image (1000x668)
Credit: Indybay
Add Your Comments
Support Independent Media
We are 100% volunteer and depend on your participation to sustain our efforts!