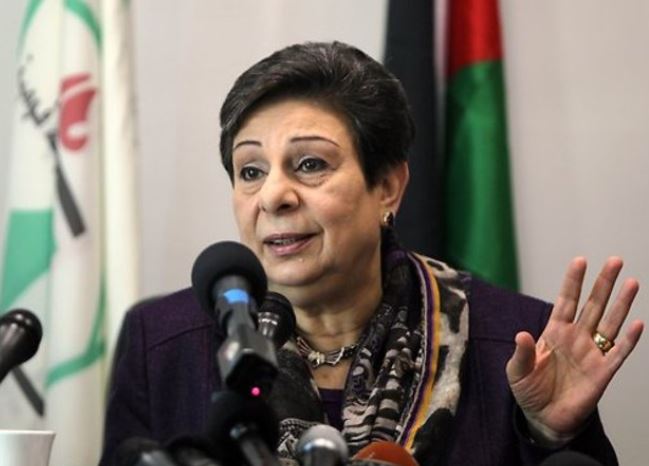 “After the release of the so-called Human Rights Report, by the US State Department, it is now abundantly clear that the Trump administration is gearing all branches of the government to whitewash the Israeli occupation and its pervasive violations of human rights,” said Ashrawi in a statement. “The ‘report’ also decontextualizes the reality by omitting the inescapable fact of Israeli occupation of Palestine, reflecting this administration’s infatuation with an alternative yet fallacious version of reality and legality.”

The PLO official said, according to WAFA, that most objectionable was the report’s negation of the Palestinian people’s national identity and deep roots in their homeland by referring to Palestinians as mere ‘residents’ in their own homeland. “This is both morally and politically reprehensible,” she said.

“The intention of this publication is clear. It is to exonerate Israel from its indisputable human rights violations, while deliberately attempting to depict the racist policies and attitudes of the Israeli government as benign despite the fact that they deny the Palestinian people’s humanity, nationality, and narrative.”

Ashrawi added: “In its zealous pursuit to justify and mainstream the rightwing agenda in Israel, the Trump administration has made a mockery of the Human Rights ‘Report’ and reaffirmed its complicity in the promotion and support of human rights violations against the Palestinian people. The legal and political standing of Palestine and the Syrian Golan Heights as territory under Israeli occupation is indisputable under international law. Under the Trump administration, these facts have been discarded and denied in these “Reports”. However, denying facts cannot alter reality nor change the legal and standing moral obligations of states under international law to respect and ensure respect of human rights.

“The [US President Donald] Trump administration has spared no effort to reassert its destabilizing role and hostile agenda in the region in collusion with Israel. It is futile to engage with such disruptive actors, especially given their aversion to facts and their demonstrable hostility to the Palestinian people’s national and human rights. However, the Palestinian leadership and people will continue to engage with partners who share our values and commitment to international law and peace based on respect, dignity, and justice.”
http://imemc.org/article/ashrawi-us-human-...
Add Your Comments
Support Independent Media
We are 100% volunteer and depend on your participation to sustain our efforts!