by Labor Video Project
Senator Kamala Harris who is running for president of the United States was charged with obstruction of justice and involved in a corruption cover-up at the San Francisco Treasure Island shipyard by two former residents Andre Patterson and Felita Sample. They both accused Kamala Harris of knowing about the dangerous radiation and toxins on the island that were poisoning the residents but kept quiet about it after promising them she would deal with it after her election to the Senate. 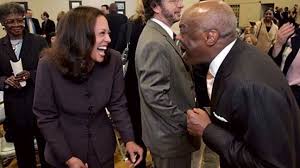 Other nuclear OSHA whistleblowers who worked for Tetra Tech and Michael Madry who worked for Test America formerly owned by H.I.G. Capital have charged that these companies were engaged in criminal fraud and falsification of the testing. They have also been fired when they became whistleblowers and Kamala Harris was aware of this fraud while San Francisco District Attorney, California Attorney General and now US Senator. Tetra Tech continues to receive US government contracts and was recently awarded a multi-million dollar contract by the State of California for the Camp clean-up. Newly elected governor Gavin Newsom refused to cancel the contract with Tetra Tec despite the criminal fraud by company managers.

California Senator Kamala Harris who is running for President of the United States was accused on 3/14/19 with obstruction of justice and involved in a corruption cover-up at the contaminated radioactive SF Treasure Island US naval site by two former residents Felita Sample and Andre Patterson. They were attending and speaking at a press conference also attended by nuclear health and safety whistleblowers who worked for Tetra Tech which was involved in the fasification of testing results in the $1 billion dollar Eco-fruad scandal.

Sample and Patterson are both cancer survivors, who say that their cancers were directly caused by the highly contaminated Naval nuclear training site at the island.

Kamala Harris who was formerly San Francisco District Attorney and California Attorney General before becoming a Senator was personally aware of the charges of falsification of testing at SF Treausre Island and also the Hunters Point shipyard. Two managers of Tetra Tech are presently in prison for engaging in falsification of testing of radioactive material by Tetra Tech. Senator Kamala Harris has remained completely silent about this massive $1 billion criminal fraud scandal despite being personally contacted by residents and whistleblowers. 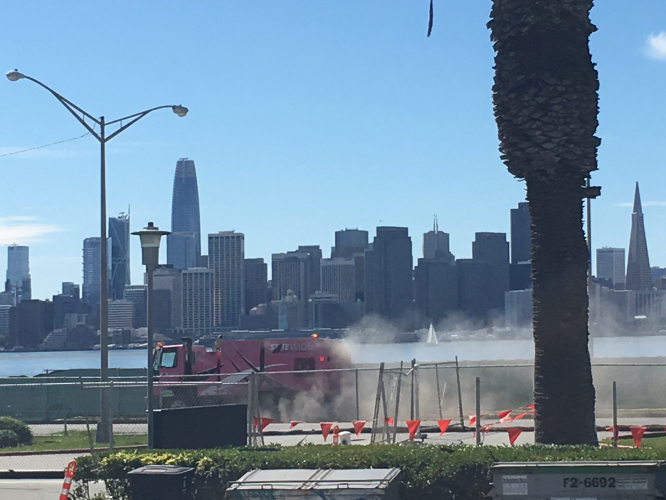 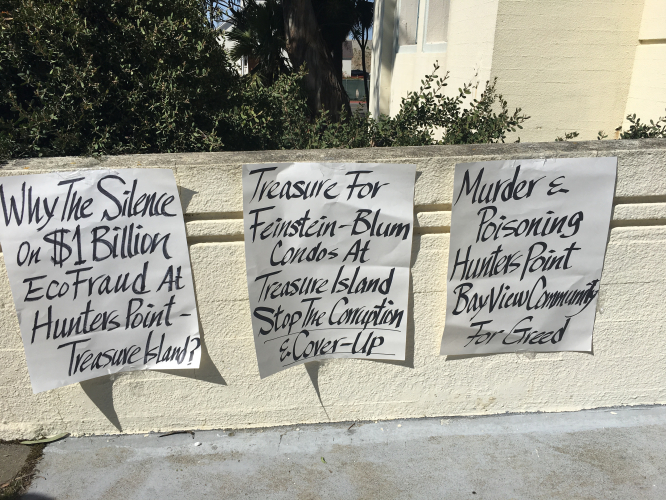 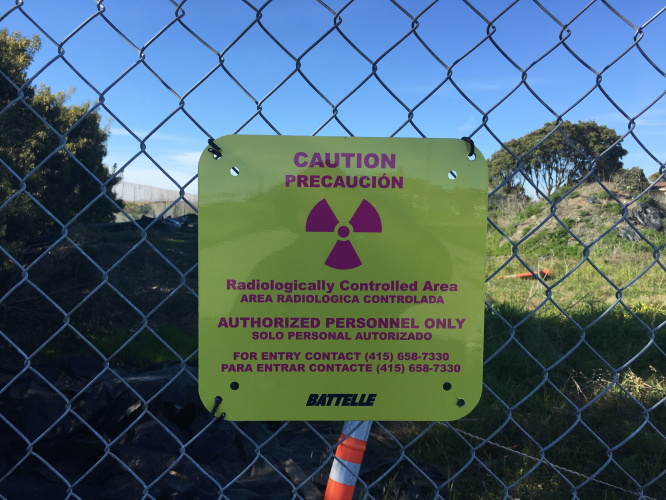 original image (4032x3024)
Numerous San Francisco and California politicians have been charged with corruption and obstruction of justice for continung the development of the radioactive Super Fund site on Treasure Island
END_OF_DOCUMENT_TOKEN_TO_BE_REPLACED
Add Your Comments
Latest Comments
Listed below are the latest comments about this post.
These comments are submitted anonymously by website visitors.
TITLE
AUTHOR
DATE
Corruption & Greed Drive Criminal Cover-up In TI Development
repost
Support Independent Media
We are 100% volunteer and depend on your participation to sustain our efforts!