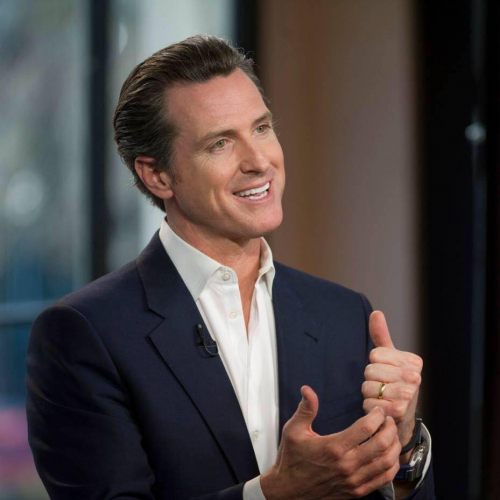 original image (929x929)
A coalition of fishing, river and environmental groups on March 7 released a 10-page analysis challenging a controversial voluntary settlement proposal submitted last week by the Department of Water Resources (DWR) and the Department of Fish and Wildlife (CDFW), saying that the agreements might actually worsen conditions for the Bay-Delta Estuary, rivers and fish and wildlife.

Forty-forty individuals, including water agencies, irrigation districts and big NGOs, such as American Rivers, Environmental Defense Fund, the Nature Conservancy and Trout Unlimited, signed on to the DWR and CDFW proposal submitted as an alternative to the Bay Delta Plan Update now before the State Water Resources Control Board.

The documents, available on the Natural Resources Agency website, “reflect progress since December to flesh-out the previously submitted framework to improve conditions for fish through targeted river flows and a suite of habitat-enhancing projects including floodplain inundation and physical improvement of spawning and rearing areas,” according to a press release from the agency. “Further work and analysis is needed to determine whether the agreements can meet environmental objectives required by law and identified in the State Water Board’s update to the Bay-Delta Water Quality Control Plan.”

Governor Gavin Newson, who received $637,398 from agribusiness interests in his campaign for Governor, including $116,800 from the Wonderful Company owners Lynda and Stewart Resnick, praised the voluntary agreements that would yield less flows for San Joaquin River and Delta salmon, steelhead and other fish species.

“Today’s submittal is an important step forward towards protecting the environment and providing greater long-term certainty to water users,” Governor Newsom said. “I appreciate that so many diverse parties, north and south, from the environmental community and water users alike, continue to work collaboratively towards voluntary agreements. Much hard work remains, but I am encouraged by the continued progress.”

Likewise, California Secretary for Natural Resources Wade Crowfoot, who served as CEO of the Water Foundation from 2016 to 2018, lauded the agreements.

“Voluntary agreements hold the promise of meeting environmental objectives in ways that also protect water supply reliability for cities, farms and businesses,” Crowfoot said. “I’m encouraged with this progress, but more work is needed. We will work with the State Water Board staff to assess this proposal and develop agreements that can meet multiple objectives.”

The Water Foundation that Crowfoot headed was launched as the California Water Foundation in 2011, operating as an initiative of the Resources Legacy Fund, the same organization that funded the Marine Life Protection Act (MLPA) Initiative to create “marine protected areas” under the helm of Western States Petroleum Association President Catherine Reheis-Boyd.

Their analysis concludes that the proposed agreement “does not sufficiently increase flows, does not include any restrictions on exports by the state and federal water projects, and does not include flow standards based on a percentage of unimpaired flows.”

The analysis describes “foundational problems” with the agreements as proposed by the California Natural Resources Agency (CNRA) and others on December 12, 2018 and March 1, 2019, according to Chris Schutes of the California Sportfishing Protection Alliance:

Entitled “Smoke and Mirrors,” the analysis criticizes the as yet incomplete Voluntary Agreements as outlined to date because they:

• Double-count habitat restoration projects that are already required or planned using existing funds, and that would occur without such an agreement;
• Fail to provide sufficient flow increases to protect and restore the Bay-Delta estuary, its native fish and wildlife, and the thousands of jobs that depend on it;
• Fail to include any restrictions on Delta pumping and other operations of the Central Valley Project (CVP) and State Water Project (SWP); such restrictions are necessary to prevent the water projects from diverting any additional flow provided from upstream farms and cities and to prevent the Trump Administration from gutting Endangered Species Act (ESA) protections for the Bay-Delta;
• Fail to include carryover storage requirements in upstream reservoirs to ensure water supplies for future droughts and adequate water temperatures for
• Fail to use the transparent approach of flow standards based on a percentage of unimpaired flows, and instead use the failed approach of State Water Board Decision 1641;
• Fail to ensure that Bay-Delta standards will be enforced and will respond to new scientific information; and
• Fail to include investments in water supply reliability and economic development projects that will help cities and farms adapt to a future with less water diverted from the Bay-Delta.

Read the 10-page analysis here: Smoke and Mirrors: Voluntary Agreements Purport to Add Water and Habitat, But Might Actually Worsen Conditions for the Bay-Delta Estuary,Rivers, and Native Fish and Wildlife

To read my article about the Governor’s agriculture and water board appointments, go here: http://www.dailykos.com/…

For more information about Governor Newsom’s campaign contributions, go here: votesmart.org/...
Add Your Comments
Support Independent Media
We are 100% volunteer and depend on your participation to sustain our efforts!