Add an Event
Newswire
Calendar
Features
Home
Donate
From the Open-Publishing Calendar
From the Open-Publishing Newswire
Indybay Feature
Publish to Newswire
Add an Event
Related Categories: Palestine | International
Israeli Army Fires Many Missiles Into Gaza
by IMEMC
Monday Mar 11th, 2019 12:06 AM
At dawn on Saturday, March 9, the Israeli air force fired several missiles into a few areas, near Gaza city, and in the southern part of the coastal region, causing property damage. 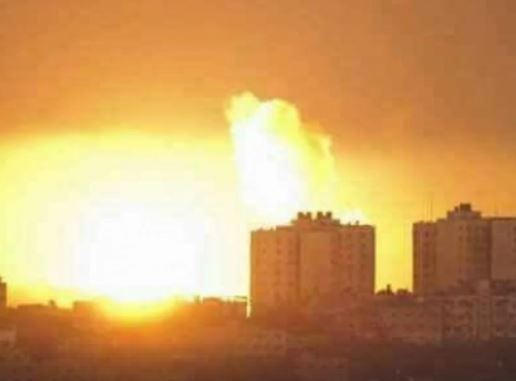 They added that the army fired at least one missile into another site, in the Zeitoun neighborhood, southeast of Gaza city, causing property damage.

The army also fired at least two missiles into an agricultural land, in Juhr ad-Deek area, southeast of Gaza, causing damage to the land and a few surrounding homes.

In addition, the army fired two missiles into another site, west of Khan Younis, in the southern part of the Gaza Strip, destroying the building and causing damage to surrounding homes.

There have been no reports of casualties among Palestinians in the latest Israeli assaults against the coastal region.

The Israeli army claimed it was retaliating to flammable balloons and a shell launched from Gaza, into nearby Israeli areas.

In a brief statement, the army said that a shell was also fired from Gaza and landed in an open area in the Eshkol Regional Council of Settlements.
http://imemc.org/article/israeli-army-fire...
§Israeli Army Fires More Missiles Into Gaza at Night
by IMEMC Monday Mar 11th, 2019 12:10 AM 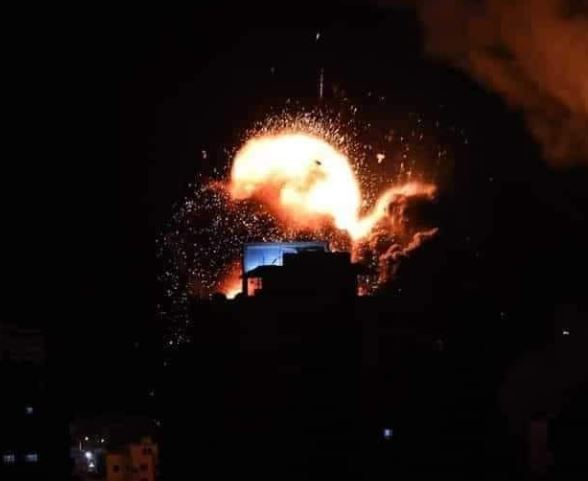 The Israeli Air Force fired, late on Saturday at night, many missiles targeting sites run by armed resistance groups in several parts of the Gaza Strip, after the army alleged that a balloon, carrying an anti-tank shell, was flown from Gaza.

They added that the army also fired missiles into Al-Waha site, the same center, which was bombarded less than 24 hours earlier, causing serious damage.

Israeli sources quoted the army stating that a “suspicious balloon which was launched from the Gaza Strip into the Sdot Negev Regional Council of settlements, was carrying an anti-tank shell.”

They added that the device did not explode, and was safely defused by police sappers.
http://imemc.org/article/israeli-army-fire...
Add Your Comments
Support Independent Media
We are 100% volunteer and depend on your participation to sustain our efforts!