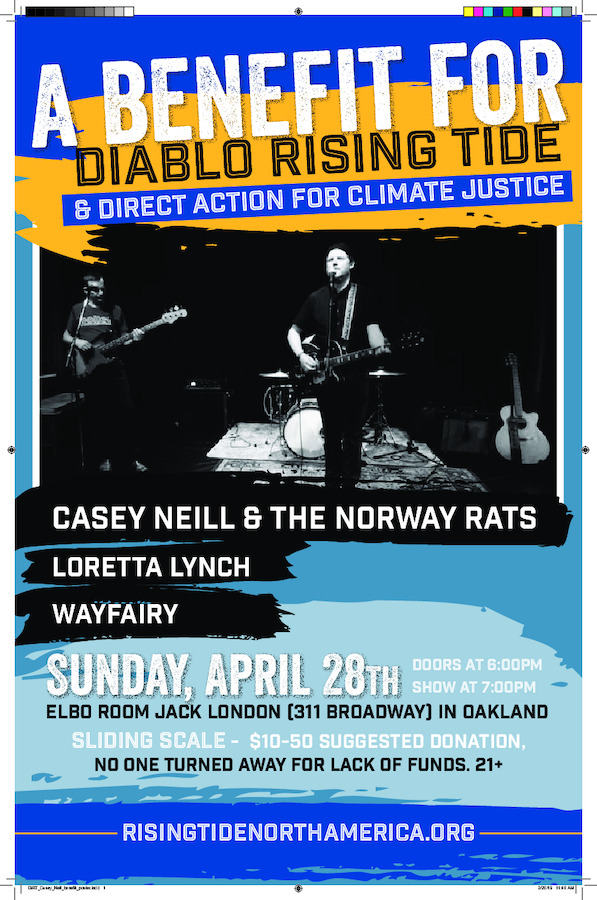 Casey Neill & The Norway Rats straddle the lines between somber Americana ballads, the intensity and ethos of punk, politically charged Irish folk tunes, and anthemic rock singalongs - but Neill's storytelling talent and concern for real people's struggles stand out. Based out of Portland, Oregon, their acclaimed latest album Subterrene is described as “dystopian romance” - where electronic elements weave in and out underneath razor sharp guitars. While not a traditional concept album, Subterrene follows a distinct story arc, and the ominous-yet-defiantly-optimistic portraits it paints were inspired in equal parts by vintage sci-fi novels, our current political climate, and the globetrotting manner in which Neill’s lived for the past few years. HIs records (and touring band) have a super-group reputation, including regular collaborators from R.E.M. , The Decemberists, Death Cab for Cutie, The Eels and more.

Loretta Lynch believes in having the right regrets. With lush three-part harmonies, raucous surf-tinged guitar and tongue in cheek, the East Bay Area’s own alt-country outfit Loretta Lynch’s stirring songs reach the shady grove in all of us. A little tear in your beer, a little knife in the back - think the Wailin’ Jennies’ crankier cousins at a warehouse hoedown. It’s Americana Noir. “Home Fires”, the band’s latest, critically acclaimed album, explores the decay of domestic life: loss and regret, bitterness and ambiguity, earthy humor, sweetness and occasional spasms of optimism.

Wayfairy started with a banjo on the turnpike and has grown into a Bay Area six piece music project that fills the sonic space between mournful folk and riotous punk. Originally the brainchild of multi-instrumentalist Quiver Watts, Wayfairy has grown into a collective project that blends accordion, banjo, violin, washboard and upright bass with soft vocal harmonies, punctuated by raw wails.


*Elbo Room is not wheelchair accessible. The venue is up a flight of stairs.*
Added to the calendar on Wed, Feb 27, 2019 1:36PM
Add Your Comments
Latest Comments
Listed below are the latest comments about this post.
These comments are submitted anonymously by website visitors.
TITLE
AUTHOR
DATE
RSVP link
Diablo Rising Tide
Support Independent Media
We are 100% volunteer and depend on your participation to sustain our efforts!