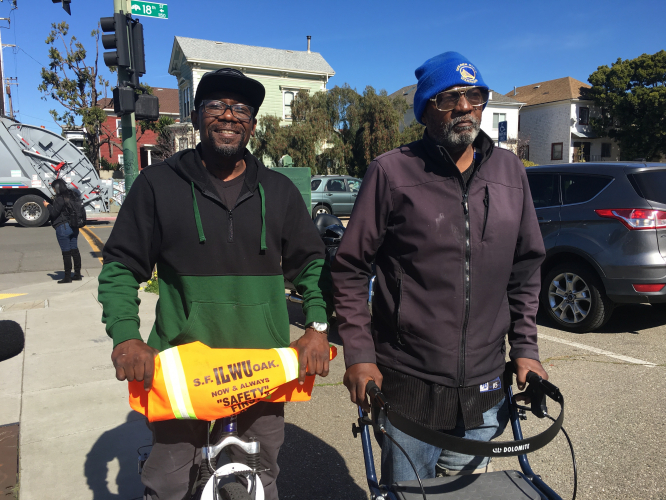 original image (4032x3024)
ILWU members joined Oakland OEA teachers who are on strike and marched and rallied on 2/22/19. The rally by the OEA was called against privatization and Go Public Schools which is supporting more charters and funding school board members and other government officials who support privatization and charters. They also talked about the gentrificatoin of Oakland as well as charter schools.

Solidarity with the Oakland Teachers’ Strike

Whereas, Oakland school teachers union (OEA) started striking today for better public education and against the privatizing assault of charter schools, and
Whereas, teachers across the country from West Virginia to Colorado to California have been striking against these attacks with overwhelming public support, and
Whereas, Oakland school board is using the phony excuse of financial difficulties as the reason for closing schools, cutting programs and holding down teachers’ wages, and
Whereas, the ports of Los Angeles and Long Beach last year taxed cargo to the tune of $10.7 billion dollars while the port of Oakland didn’t collect a penny while boasting a
record high container volume of 2.55 million TEU’s of containers,
Therefore Be It Resolved that ILWU Local 34 will support the striking teachers just demands by building and honoring their picket lines according to The Ten Guiding
Principles of the ILWU “Labor solidarity means just that. Unions have to accept the fact that the solidarity of labor stands above all else, including even the
so-called sanctity of the contract.”

original image (2999x764)
The ILWU has a long history against police violence and terror and now their members face gentrification in Oakland like other working people driving them out of West Oakland
https://youtu.be/tFH5nPR95Jg
§OEA Rally With A Statement Against Attack By OUSD
by Labor Video Project Tuesday Feb 26th, 2019 5:28 PM 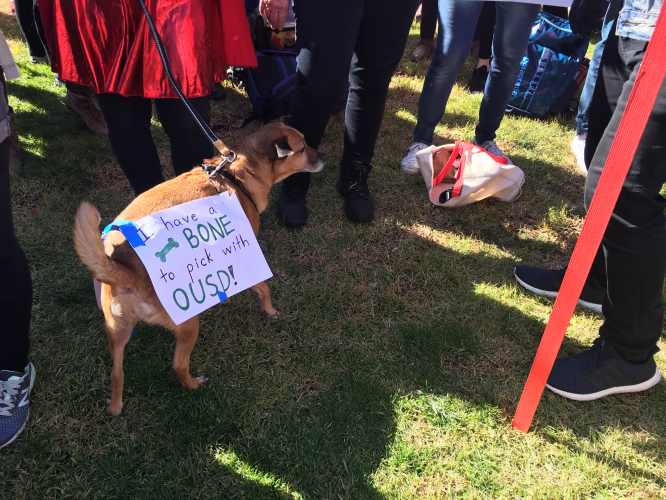 original image (4032x3024)
One of the teachers brought her dog along with a message.
https://youtu.be/tFH5nPR95Jg
Add Your Comments
Support Independent Media
We are 100% volunteer and depend on your participation to sustain our efforts!