by Leon Kunstenaar (kunstena)
Though a US and Venezuelan Right Wing attempted regime change in Venezuela failed in 2002, Trump is now trying again, with his signature measures of cruelty and hypocrisy.

The rally was directed by Jeff Mackler of Socialist Action. The rousing protest, with many large banners and signs heard spokespeople from the many progressive organizations who asked to speak.

Another march and rally is scheduled for March 9, 12pm, at UN Plaza in San Francisco.

The US, as the dominant power in the hemisphere, requires the countries of Latin America to assume their assigned role. This role, as described By Noam Chomsky, is that of "low wage, high repression" suppliers of commodities to the US economy, also referred to as the "Washington Consensus."

Should a Leftist government with different ideas gain power, political, economic, military or some combination thereof, attack will follow.

Working through local elites and disaffected political groups when available, the US will fund and/or arm opponents of the government to create strife, instability, and pave the way for a coup that will install a government more to its liking. Questions of electoral legitimacy will, of course, be irrelevant.

US sanctions and its theft of what oil revenues remain are intensifying the destitution of Venezuela, already devastated by the collapse of world oil prices.

The US is telling the people that are starving that they will get packages of Trump selected "aid" assembled at the border provided they overthrow their elected government. The obscenity and cruelty of this scenario is stunning.

The Oakland protest and others worldwide are calling out this crime. 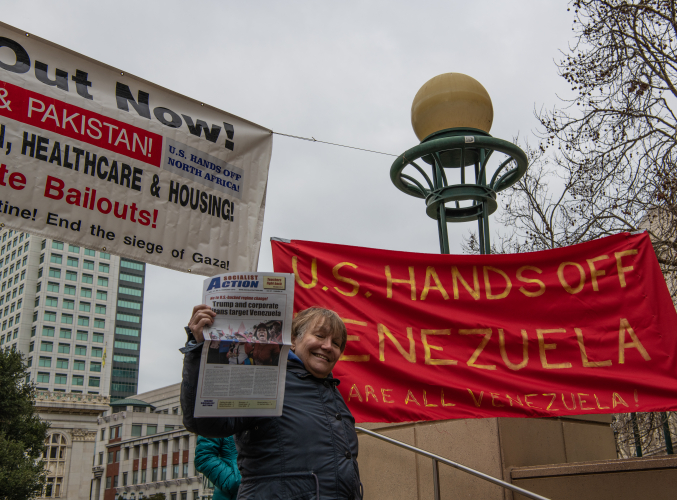 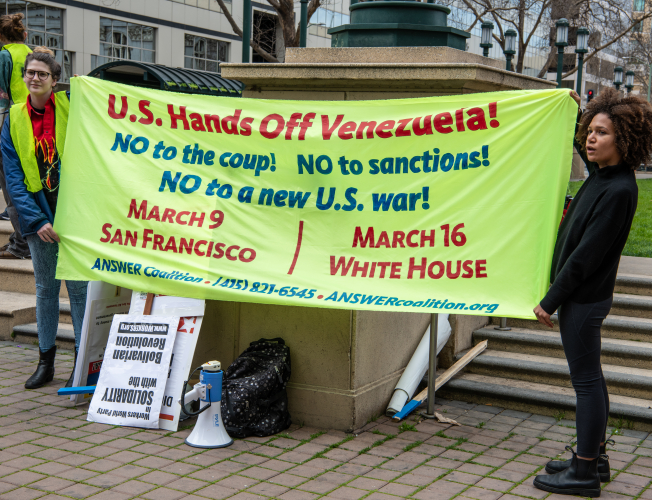 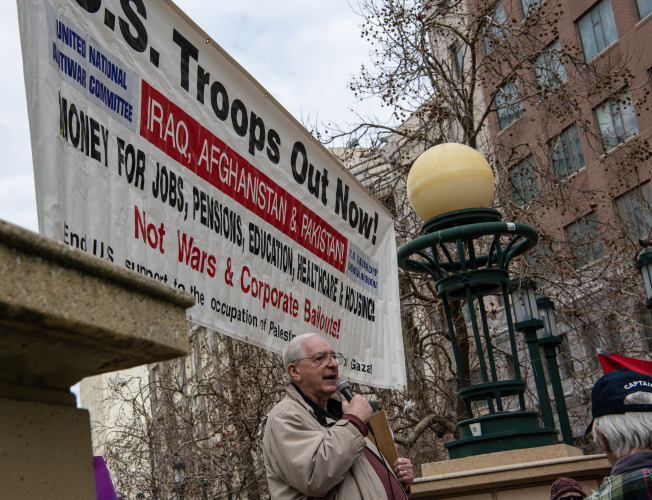 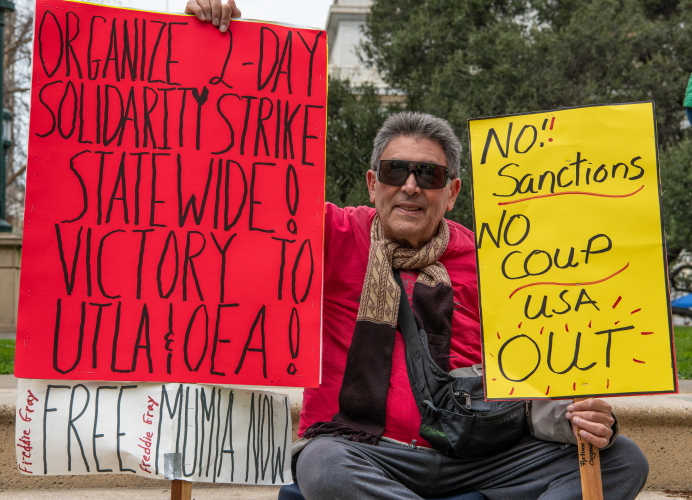 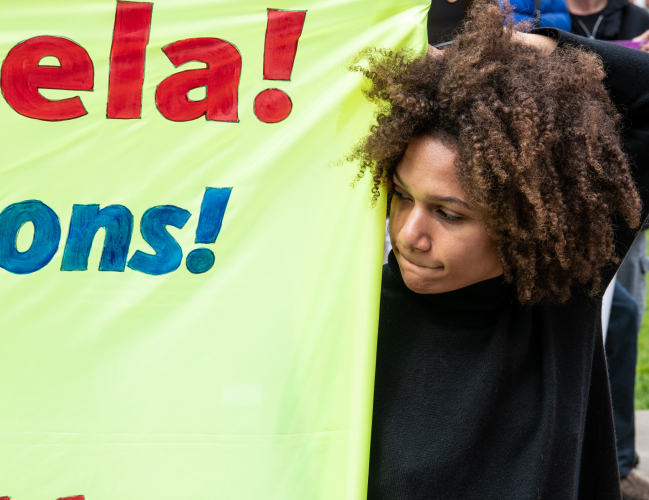 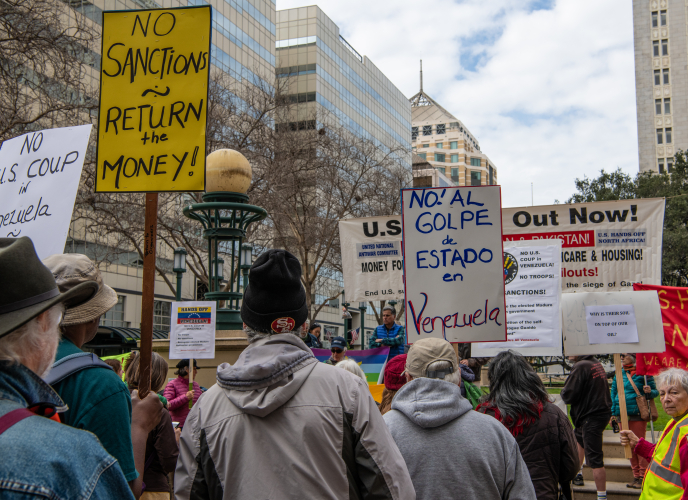 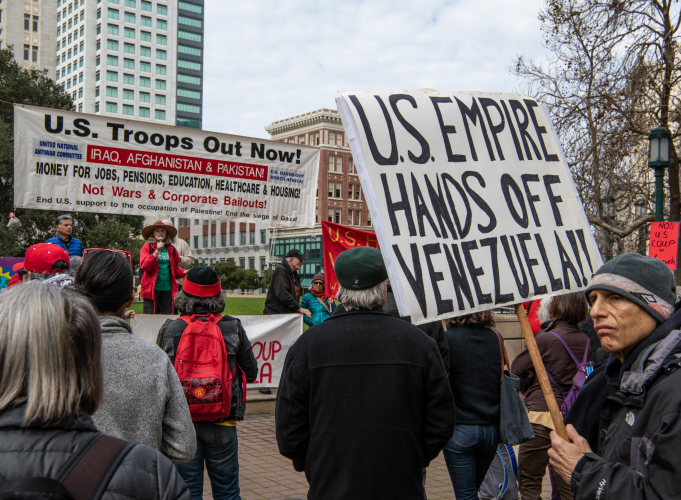 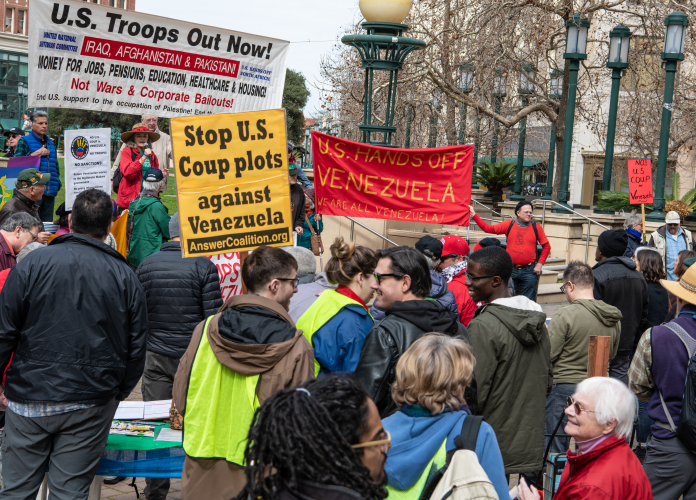 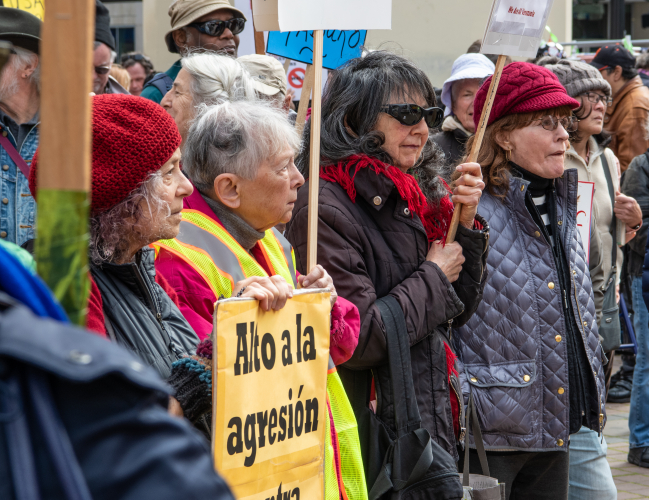 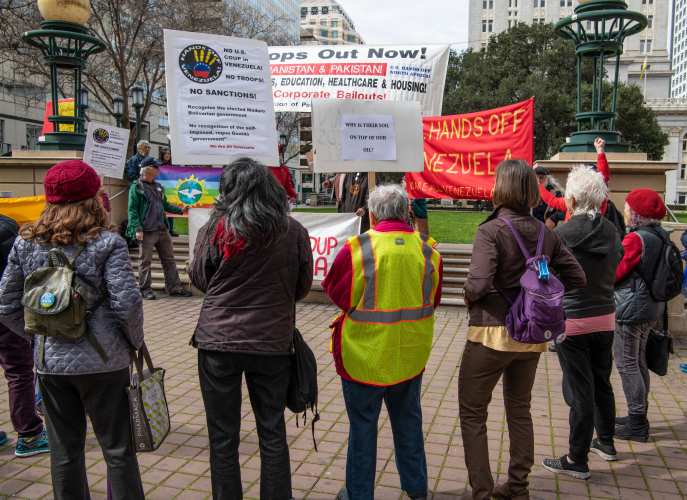 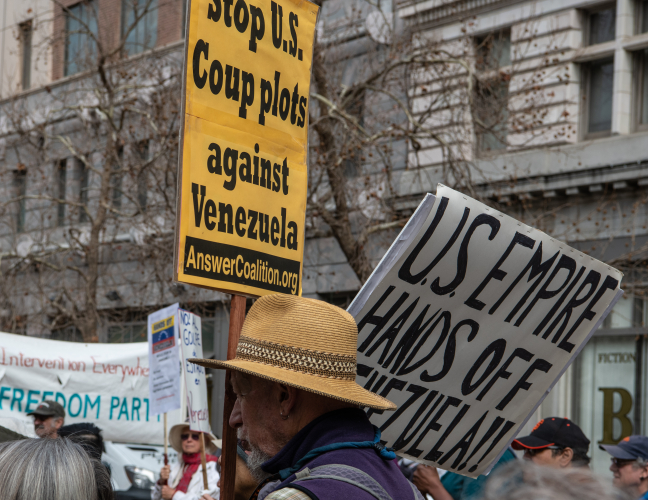 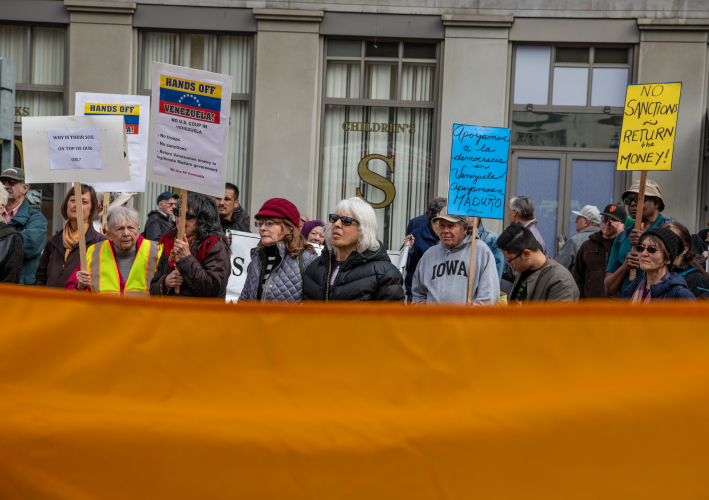 original image (7812x5504)
END_OF_DOCUMENT_TOKEN_TO_BE_REPLACED
Add Your Comments
Latest Comments
Listed below are the latest comments about this post.
These comments are submitted anonymously by website visitors.
TITLE
AUTHOR
DATE
thanks for posting, Leon
indybay reader
Sheepdog Sanders & Ocasio-Cortez Sing Company Tune on Venezuela
Register Peace & Freedom or Green
Max Blumenthal Video of Food at Venezuelan Supermarket
Register Peace & Freedom or Green
Support Independent Media
We are 100% volunteer and depend on your participation to sustain our efforts!