In addition to acting to enforce the SF fur sales ban, which went into effect January 1, activists are now working to push for a statewide ban on fur sales, which has been introduced in the California State Assembly. West Hollywood, Berkeley, and Los Angeles have already banned the sale of fur.

“The recent wave of historic legislation to end fur is ushering in a renewed animal rights consciousness across the globe,” said organizer Cassie King.

DxE and its sister organization, Compassionate Bay, have launched a website in support of the coalitional effort to ban fur in California, and encourage animal lovers across the state to sign up to get involved.

Investigators with Direct Action Everywhere (DxE) enter farms, slaughterhouses, and other agricultural facilities to document abuses and rescue sick and injured animals. DxE activists led the recent effort to ban fur products in San Francisco. Activists have been subjected to FBI raids and felony prosecutions for these investigations and rescues.
https://www.directactioneverywhere.com
§It's Not Fashion. It's Violence.
by Direct Action Everywhere Saturday Feb 23rd, 2019 10:24 PM 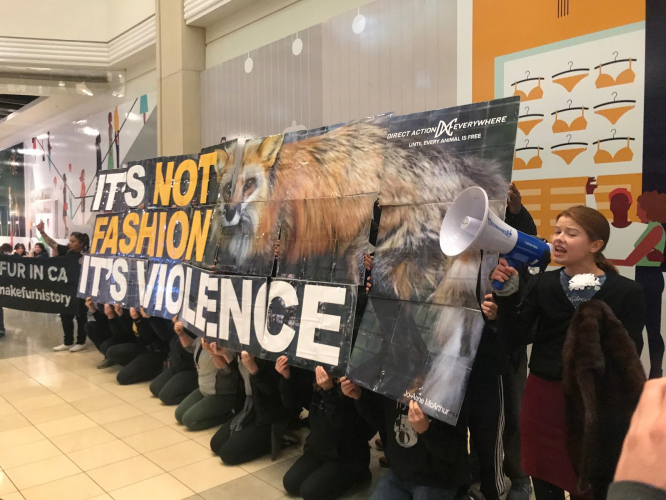 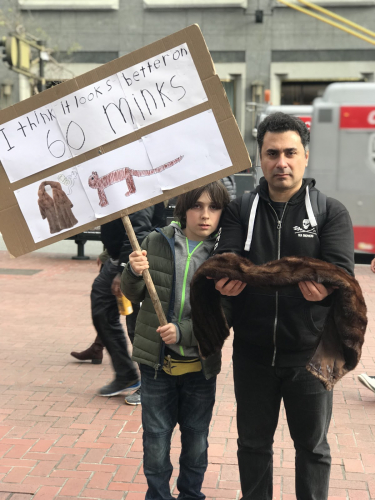 original image (1200x1600)
https://www.directactioneverywhere.com
Add Your Comments
Support Independent Media
We are 100% volunteer and depend on your participation to sustain our efforts!